KEARNEY – University of Nebraska at Kearney softball player Kaitie Johnson had high hopes for the 2020 season.

Johnson, one of four seniors on the team, expected the Lopers to qualify for the Mid-America Intercollegiate Athletics Association (MIAA) Tournament for the first time since joining the conference in 2013.

“I knew we had a lot of talent coming back,” the UNK infielder said. “As a senior, I just wanted to go to the tournament and leave on a good note. I really wanted it to be a stepping-stone year.”

Individually, the Kearney native was certainly doing her part.

Johnson wasn’t putting as much pressure on herself this spring. She wanted to have fun. And, more importantly, she trusted her teammates, allowing her to take a more relaxed approach at the plate.

“We had a lot of young girls who stepped into their roles this year, so I’m really excited to see what the team does next season,” Johnson said.

This season, of course, came to a screeching halt on March 12, when the NCAA announced it was canceling all remaining winter and spring championships because of the coronavirus outbreak.

The UNK softball team, which had just completed a doubleheader against Northeastern State, was on its way from Tahlequah, Oklahoma, to Claremore when a teary-eyed Ackermann addressed her players on the bus.

The NCAA’s decision didn’t come as a complete surprise to the Lopers, who were following the situation on social media, but that didn’t make it any easier to swallow.

“I think we were all more devastated because we knew how good we could have been this season,” Johnson said. “It just kind of sucked to put in all that hard work in the offseason and fall and have it cut short.”

Although the UNK players were sad – and some were angry – Johnson, whose older brother and sister-in-law work at Kearney Regional Medical Center, understood the decision.

“I knew the NCAA wasn’t making this decision lightly,” she said. “They were making it for the safety of the student-athletes.”

Almost immediately, she started looking at the bigger picture.

“Softball wasn’t going to be there forever and I knew it was going to have to come to an end at some point,” said Johnson, a member of UNK’s Student-Athlete Advisory Committee. “A virus isn’t really something any of us can control. I can’t sit here and dwell on something I can’t control. I just have to take what I was given and be thankful for that, because I had an amazing 3 1/2 years with this program.”

The Lopers finished the abbreviated season with a 13-13 record, including a 3-3 mark in the MIAA. Johnson posted a career-best .324 batting average and .676 slugging percentage to go along with 12 RBI, nine runs scored and a team-leading four homers. She ranked third on the team with 24 defensive assists, a category she led the Lopers in the previous two seasons. 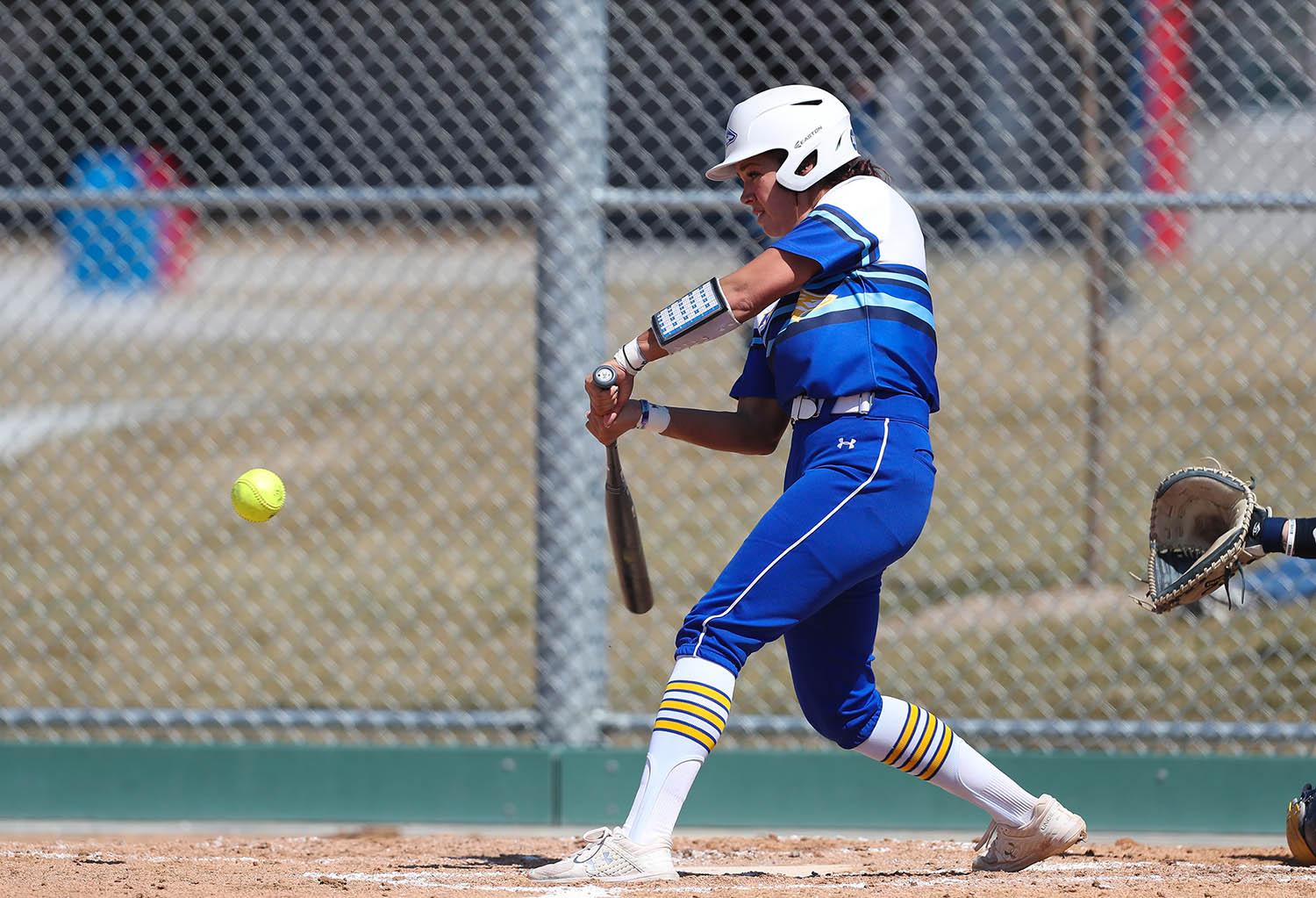 Johnson hopes to coach softball in the future and may pursue further education to become a school counselor.

She called the opportunity to compete at UNK “a dream come true.”

“I’ve always loved playing for Kearney,” the 21-year-old said. “It’s a different type of atmosphere when you’re from here, everyone knows you and they want you to succeed.”

The decision to attend UNK was a “no-brainer” for Johnson, who wanted to remain close to her family, recognized the strength of the university’s teacher education program and already had a connection to the softball team.

Johnson started attending Loper softball camps as a young girl and committed to UNK in fall 2015 after leading Kearney High School to a 29-10 record and its first state tournament appearance in 21 years. She smacked 18 home runs that season, a state record for all classes at the time, and earned second-team all-state honors in Class A.

Now, with her collegiate career over, Johnson said it’s surreal when parents talk to her about the example she set for young players.

“That’s the type of stuff that means the most to me – the people you impact because you played,” she said.