KEARNEY – The University of Nebraska at Kearney is celebrating women in activism and politics through its annual UNK@TheWorld film series.

In its seventh season, the series includes three international films screened at The World Theatre in downtown Kearney, 2318 Central Ave.

UNK@TheWorld begins 7 p.m. Tuesday (Feb. 11) with a screening of “The Divine Order,” a 2017 comedy-drama about a young housewife who challenges the status quo by fighting for women’s suffrage in 1971 Switzerland. The Swiss film will be shown in German with English subtitles.

“Inch’Allah dimanche” (“Sunday God Willing”), a 2001 drama about an Algerian woman who leaves her home country so her family can be reunited in France, is scheduled for 7 p.m. March 3. This film will be shown in French with English subtitles.

Screenings of “The Divine Order” and “Inch’Allah dimanche” are free and open to the public.

The final film is “El silencio de otros” (“The Silence of Others”), which will be screened 7:30 p.m. April 17-18 and 2 p.m. April 19. This 2019 documentary uncovers the unjust acts that were hidden during Spain’s 40-year dictatorship under General Franco and highlights the victims’ ongoing fight for justice. The Spanish film will be shown with English subtitles.

General admission for “El silencio de otros” is $5. UNK students, staff and faculty are admitted at no cost with a valid university ID.

Doors open an hour prior to showtime for all three films and refreshments are served before the screenings.

UNK@TheWorld is sponsored by UNK’s Department of Modern Languages, College of Arts and Sciences, International Studies, Office of Sponsored Programs and the departments of sociology, history, English and political science. The program is funded in part by Humanities Nebraska and the Nebraska Cultural Endowment.

This year’s series commemorates the Aug. 18, 1920, ratification of the 19th Amendment, which guaranteed American women the right to vote. 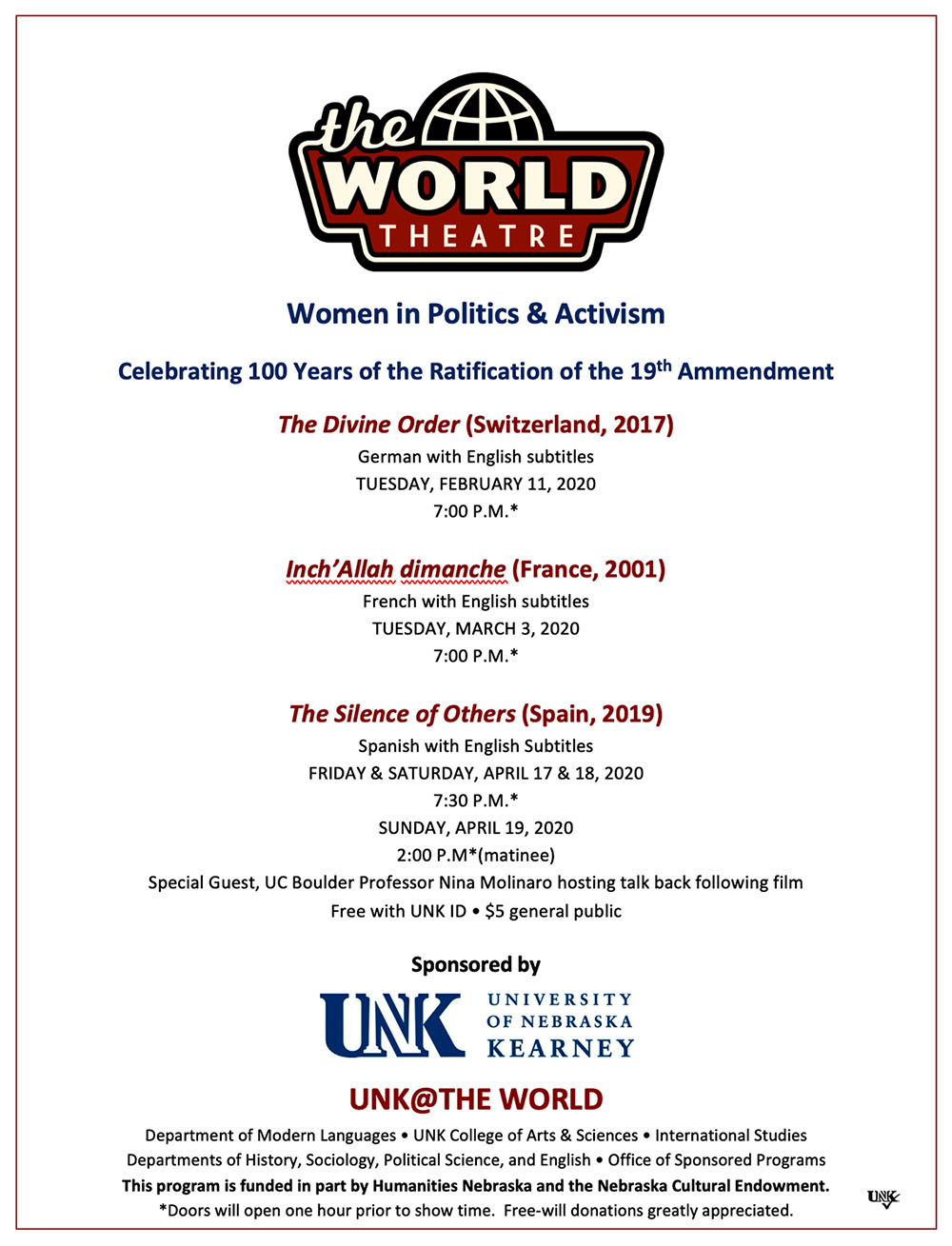