DENVER – They came from Colorado, Nebraska, Wyoming, North Dakota and other states across the Midwest.

There was a strong presence of former Loper volleyball players in Denver at Saturday’s NCAA Division II national championship cheering on players they barely know, but a program they still hold close to their hearts.

Former standouts such as Erin (Arnold) Kay, who drove 12 hours to Denver from Williston, North Dakota, to watch UNK come up just short of its first national title.

UNK ended its season 38-1, with its only loss coming to Cal State San Bernardino in the title match.

“What a season it’s been. When I saw UNK come back and win the regional final and get to the national championship, I told my dad I was picking him up and we were going. I couldn’t miss this,” said Arnold, whose trip included a stop in Casper, Wyoming, to pick up her father, Bill

“I wanted to come and make sure I was supporting coach Squiers. This program means a lot to me.”

Like Kay, former Loper Annie (Wolfe) Dineen showed up to cheer on UNK. A two-time NCAA All-American and the 2016 NCAA Division II player of the year, Dineen lives in Denver and works in real estate.

Her sister, M.K. Wolfe, is a junior from Omaha on the UNK volleyball team.

“It’s just so cool to hear Lopers and the word national championship mentioned at the same time. I’m just really proud to say I’m a former UNK player,” said Wolfe, who played for UNK from 2011-16

“It’s been so fun just watching this team cut loose, let it go and have fun on the court,” she said.

Kristin (Miller) Gottula flew to Denver early Saturday morning to support UNK. She played for the Lopers in 1993 and 1994 and was a member of UNK’s first NCAA tournament team in 1994 coached by Patty Sitorius.

Sitorius, and coach Rosella Meier before her, established UNK’s reputation as a national power in the 1980s and ’90s.

“The Loper volleyball family is close. It’s always been that way,” Gottula said. “I hope this year’s team knows how much all of us former players support them and celebrate their success. That was an incredible season that made the university and Kearney communities proud.”

On Saturday, Kay sat 15 rows above center court in the middle of nearly 700 Loper fans in attendance. She reflected on her time as a Loper, when she starred from 2001-04 and ended her career with a loss in the NCAA semifinals to Truman State.

“I remember when they were just little girls, hitting the ball around the gym,” she said. “Those are fun memories, and it’s fun watching them create some amazing memories of their own now.”

Said Dineen: “I honestly don’t have words. As a former player, and I think I can speak for all of the former Lopers here supporting the team, I’m proud to be associated with UNK volleyball. 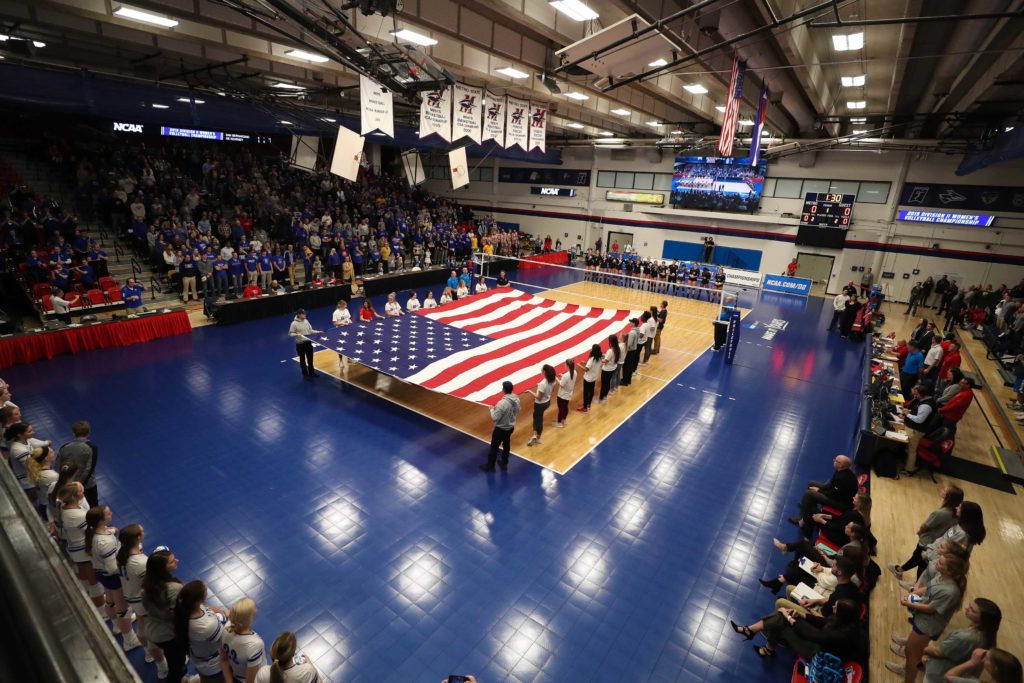