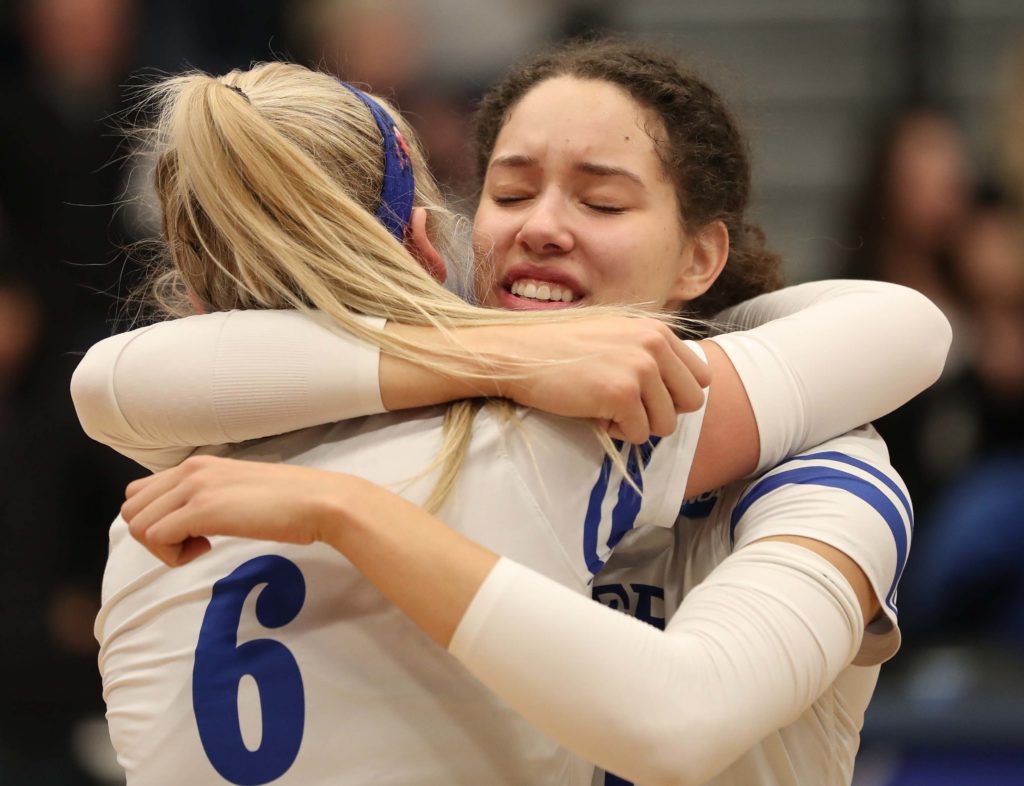 The top-ranked Cal State San Bernardino Coyotes got 20 kills apiece from Alexis Cardoza and Stephanie Doak and dug up 67 balls to beat No. 2 Nebraska-Kearney in four sets (-22, -23, -17, -20) to win the 2019 NCAA Division II National Championship Saturday night in Denver.

This was the first-ever D2 national title tilt between two undefeated volleyball teams. The ‘Yotes (33-0) win its first national title in three tries while the Lopers (38-1) finish runner for the second time in program history (2005). CSUSB also becomes just the third D2 volleyball team to go through an entire fall unscathed.

“Congrats to Cal State San Bernardino. Heck of a team, a complete team. Super physical and probably underrated in the fundamentals of the game. They really put pressure on you from the service line; they aren’t just a bunch of hitters but volleyball players,” UNK head coach Rick Squiers said. “We played a pretty darn good match. We competed like crazy and were in the match, but athletically they are probably superior to us from top to bottom.”

Cal State San Bernardino came in with awesome offensive numbers (14 kills per set; .314 attack pct.) as well as leading the nation’s in blocks (3.1 per set). UNK countered with a defense that was holding opponents to a .115 efficiency and just 11 kills per set.

The ‘Yotes ended the night with 67 kills and hit .266 with its dig total well above its season average of 14 per set. UNK out blocked CSUSB by an 11-10 margin but the much larger and physical ‘Yotes had more block touches which led to the Lopers having to swing 143 times. They managed 43 kills and came in with a .169 efficiency.

“I was proud of our girls for fighting like crazy and being in the match. Even in the fourth set, down the stretch in the late teens we had our chances to maybe get over the hump but just too much from them. Credit to them but I couldn’t be more prouder of our team and it’s been a  privilege to coach them. Some of the finest people you’ll ever know who happen to be great volleyball players,” Squiers said.
​ 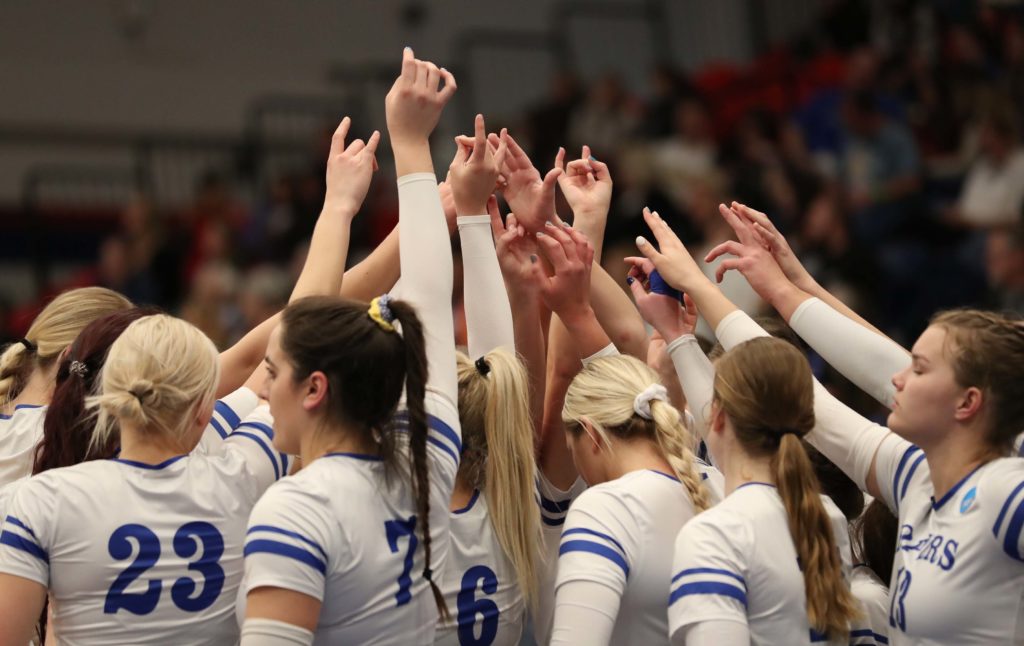 Cardoza, the 2019 D2 National Player of the Year, showed why as she reached her kill total in 46 attempts with just three errors (.370 pct.). Doak, a three-year player at MIAA-member Missouri Western State, hit .292, had eight kills in the first set and recorded the final point of the night.

Six other ‘Yotes had a kill with libero Leilia To’omalatai having a match high 27-digs. Finally, San Bernardino had three aces and sided out over 75% in all four sets.

UNK got 13 kills, four blocks and a .500 attack percentage from junior middle Anna Squiers with senior outside Julianne Jackson wrapping up an All-American career with 13 digs, 12 kills and an ace. From the right side junior Mary Katherine Wolfe had 10 kills, eight digs and four stuffs. This trio represented UNK on the all-tourney team. Next sophomore libero Lindsay Nottlemann had 17 digs with junior setter Madison Squiers at 42 assists and four blocks. The Squier sisters, Wolfe and Jackson made the all-tourney team.

The Lopers trailed for most of the first set but seemingly got within a 22-21 score after a rare Cardoza attack error. However a video review overturned things and the ‘Yotes closed things out with two Cardoza kills.

It was San Bernardino’s turn to rally in the next set as they trailed 6-2, 16-13 and 18-15. The took a brief 23-22 on a kill but the Lopers used a kill from redshirt freshman outside Sami Mauch, unforced attack error and block by Wolfe and Anna Squiers to knot the match at one. 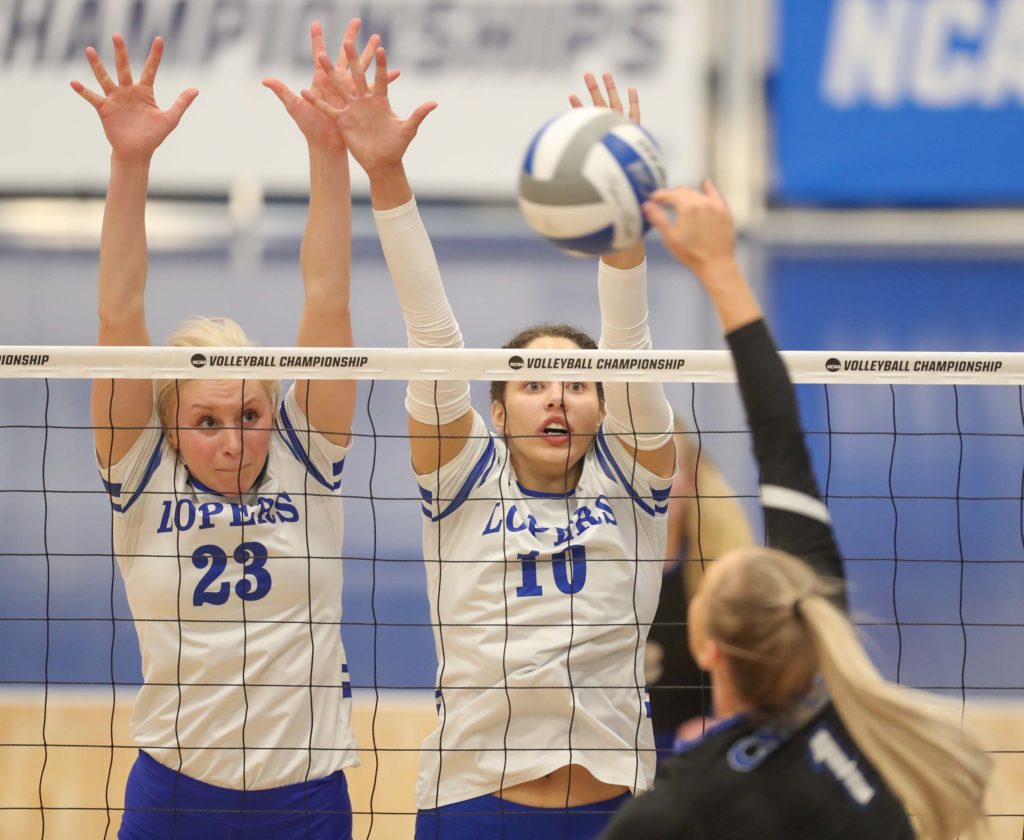 But the Loper momentum was shot lived as CSUSB jetted out to leads of 4-1, 12-7 and 18-10 in the third set. Fourteen kills and 10 unforced UNK errors (six hitting and four serving) allowed the ‘Yotes to move ahead 2-1. Kearney rebounded in the fourth and held leads of 4-1, 11-9 and 15-13 before a huge 9-3 run made the score 22-18. This stretch featured, not surprisingly, six kills and two blocks. UNK got within 22-20 before the Blue & White scored three straight to end things.

“This team is an epitome of a team that played to its potential. Every day in practice, every game we played … anyone that was out there knew we were battling uphill against that team (CSUSB) out there. But we still thought we could win,” Squiers said. “I think we’ll point to this team for a long, long time about this is how you get the most out of yourself. This is how a group of seniors leads a team … this is how a group sticks together for a whole year. It’ll be a lot of really good memories.” 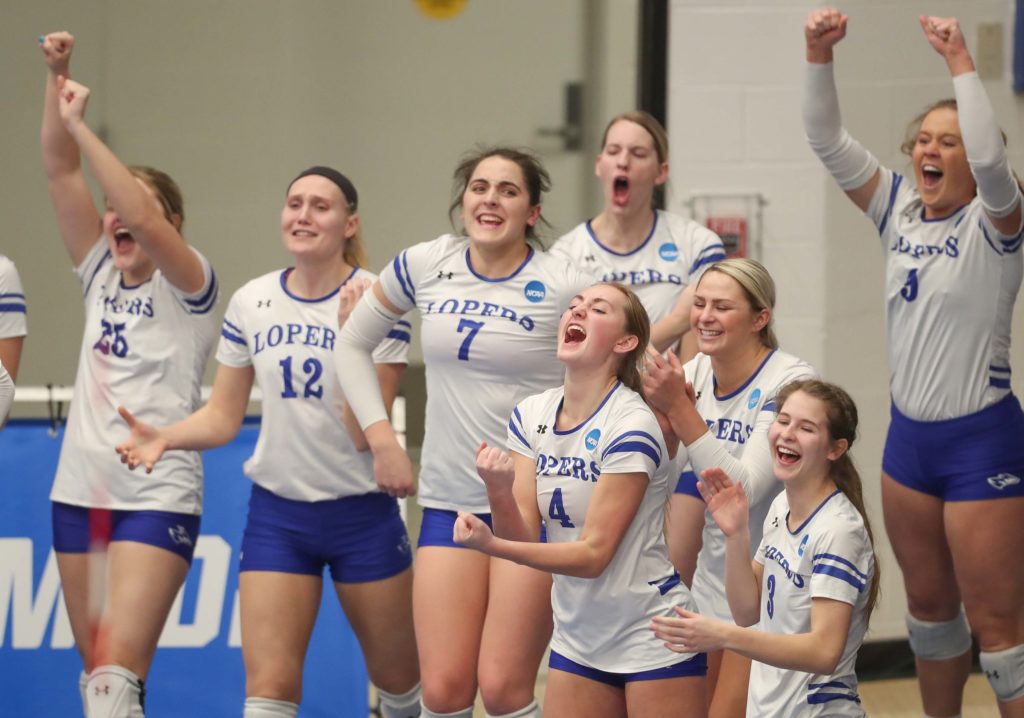 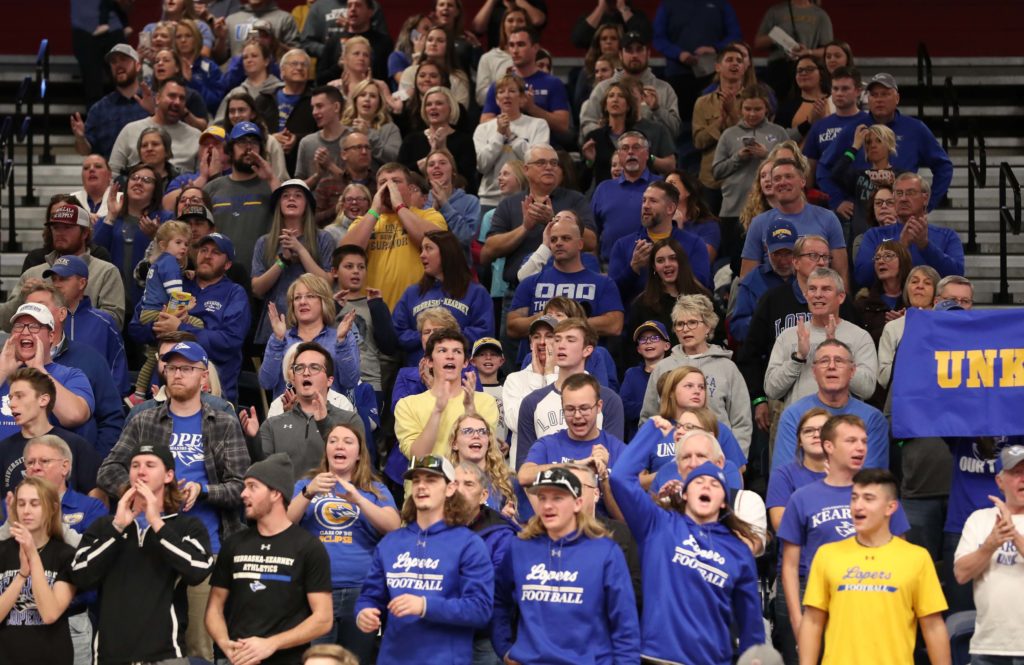 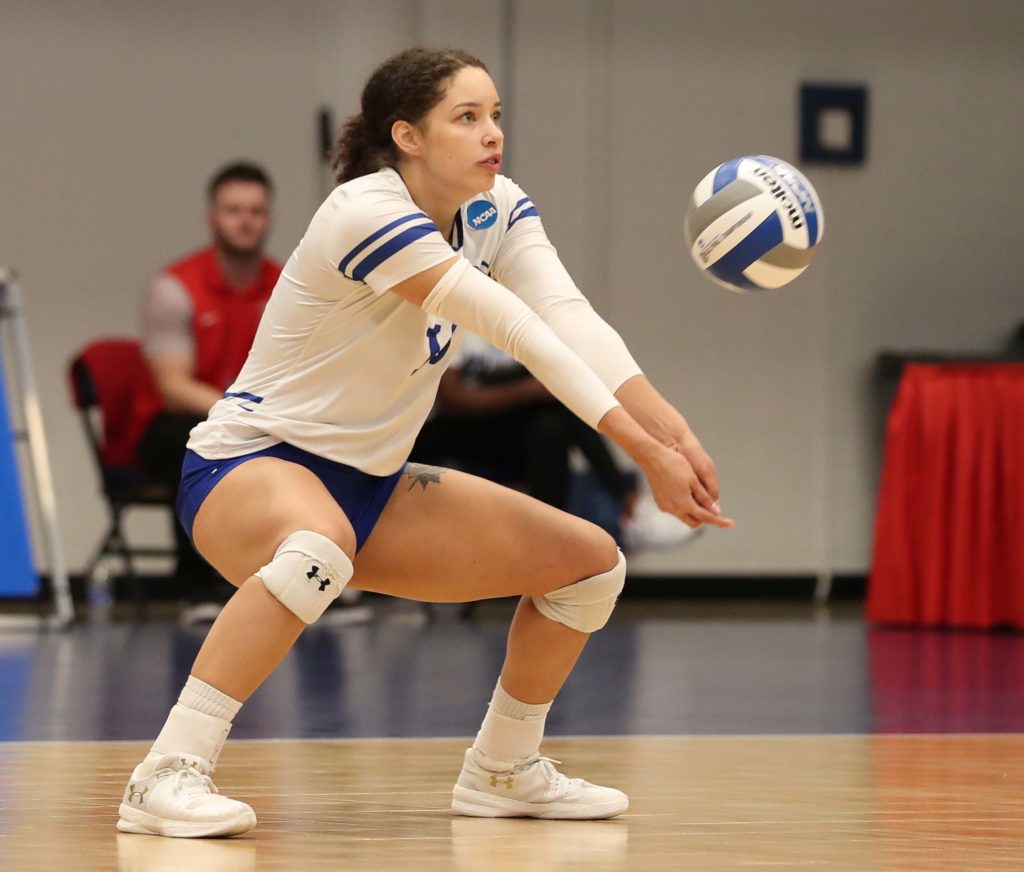 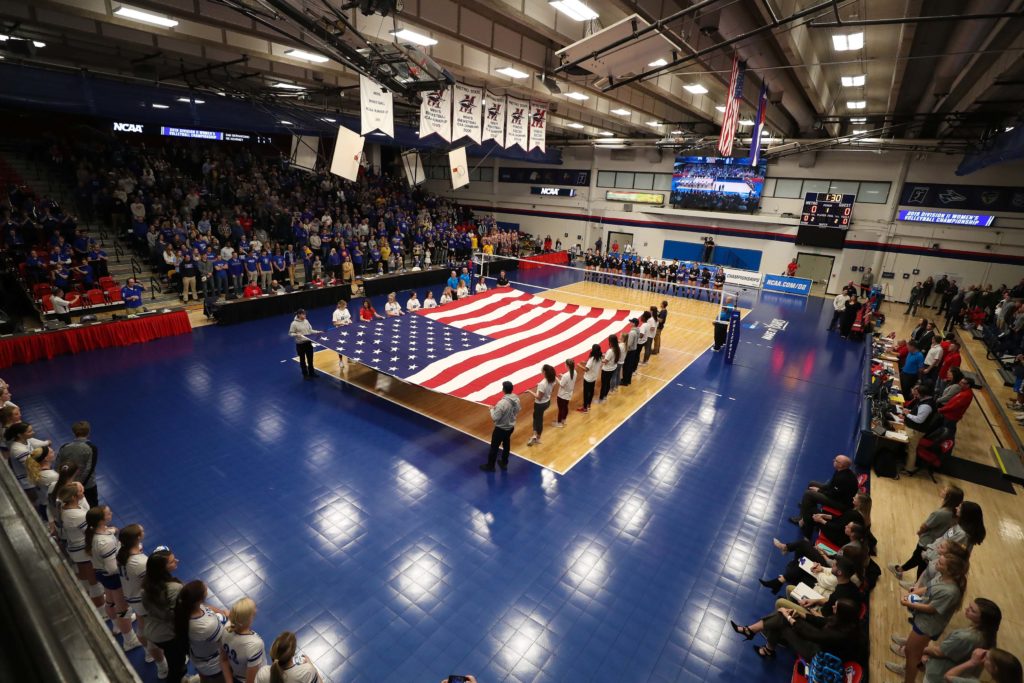 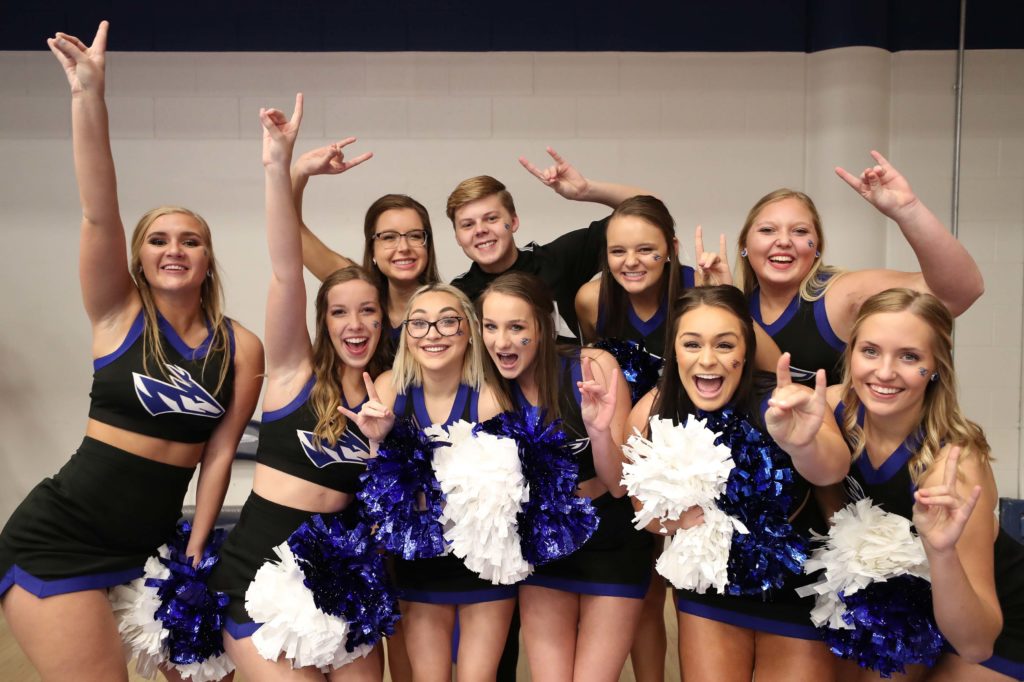 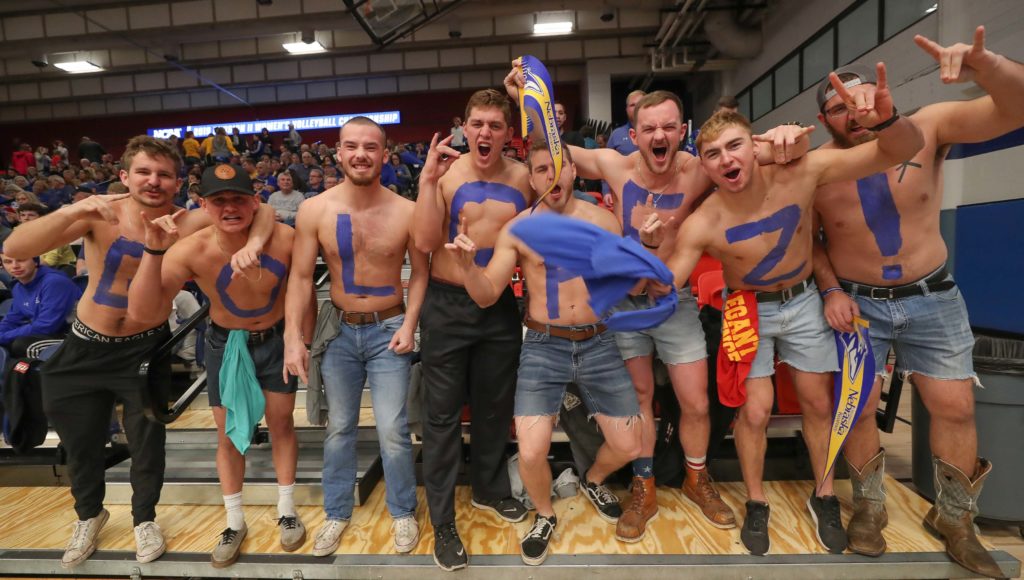 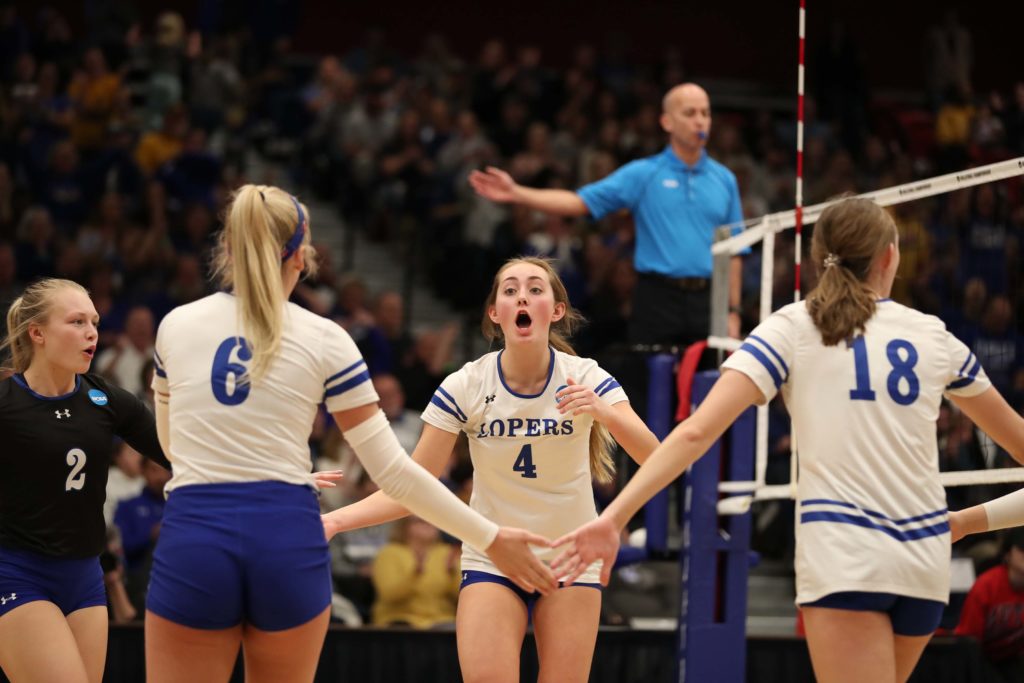 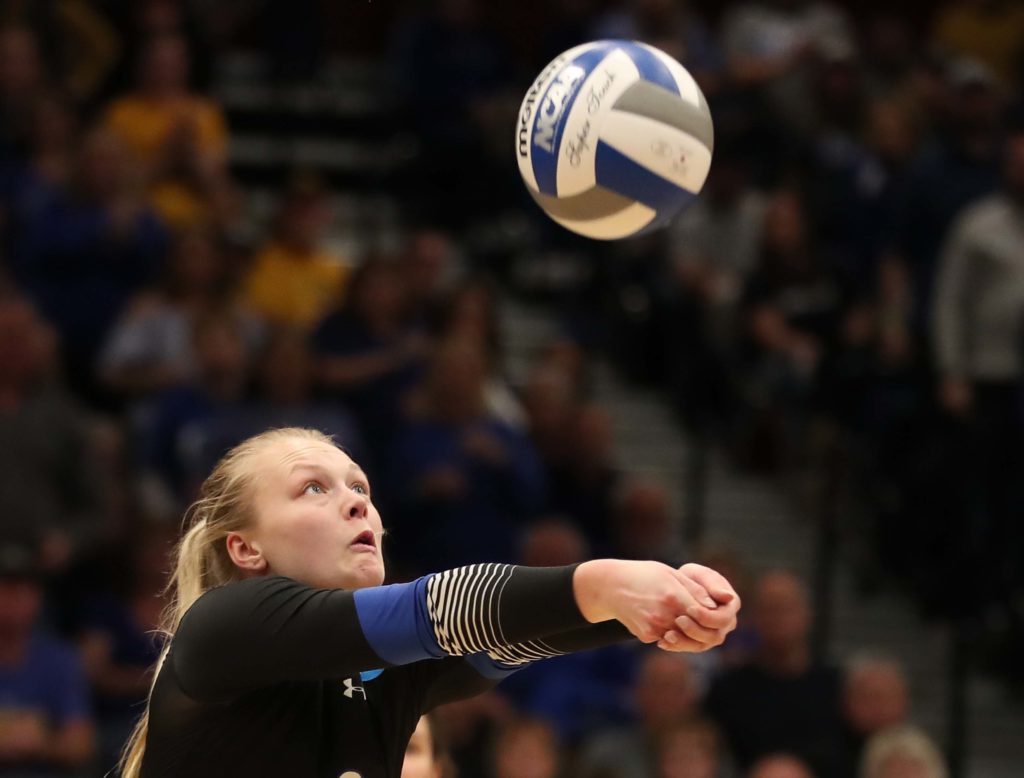 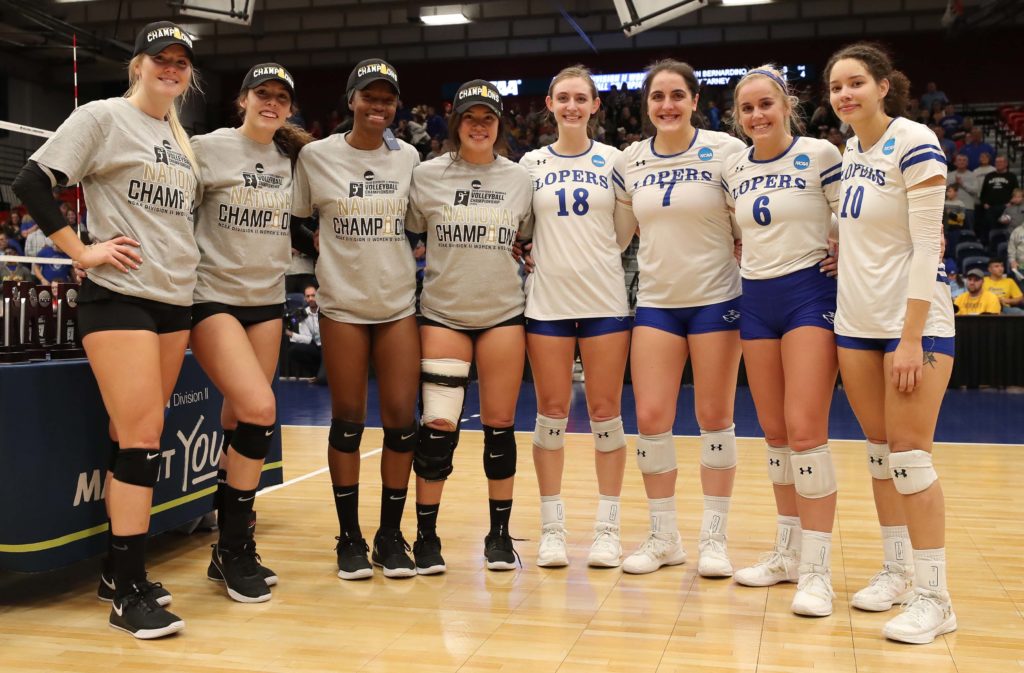 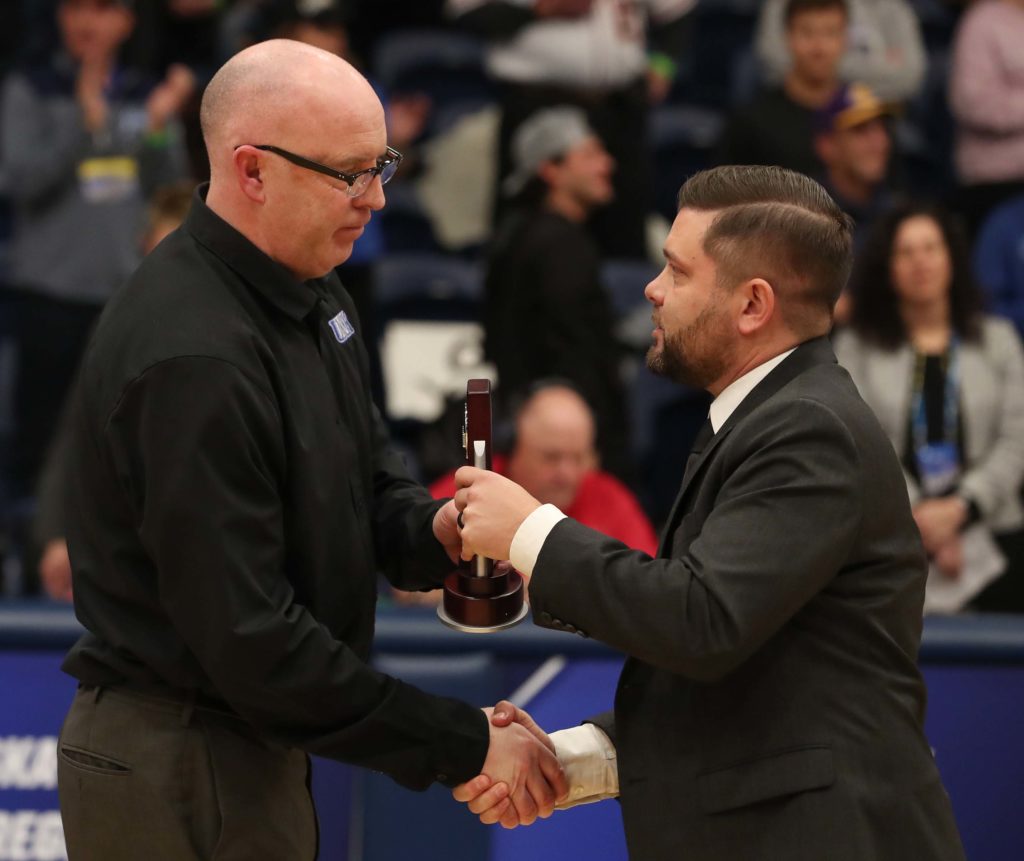 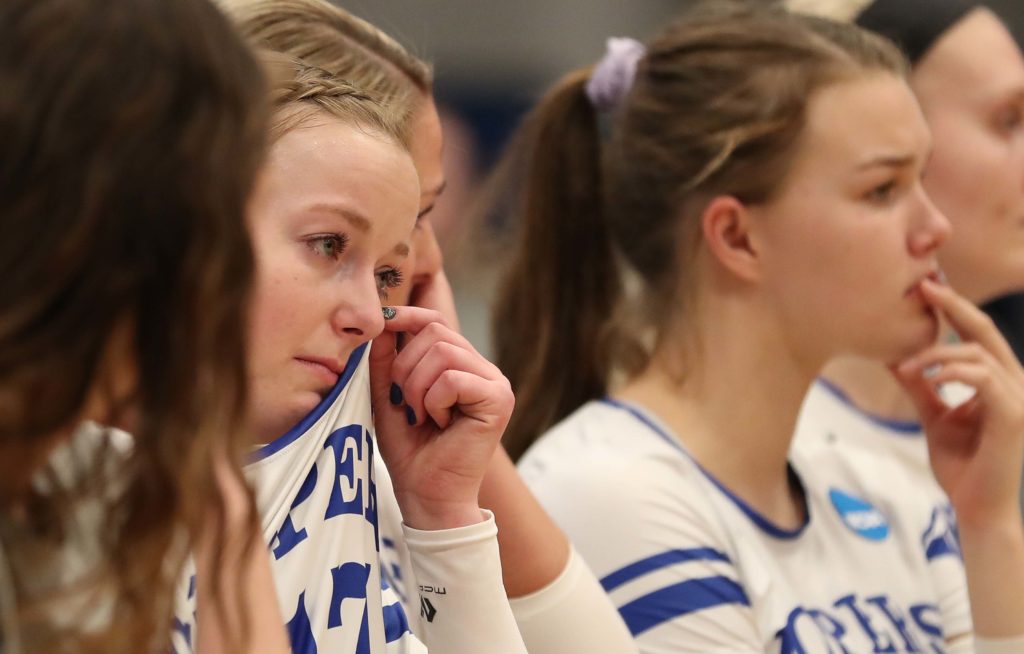