KEARNEY – Imagine skiing down a mountain at 70 mph.

Now imagine what it’s like to do that blind.

Umstead will speak 7 p.m. Thursday (Nov. 21) as part of Disability Awareness Week at the University of Nebraska at Kearney. Her presentation in the Nebraskan Student Union Ponderosa Room is free and open to the public.

A three-time U.S. Paralympian, Umstead was diagnosed at age 13 with retinitis pigmentosa, a genetic disorder that causes severe vision impairment.

After her father introduced her to adaptive skiing in 2000, Umstead met her husband Rob, a former collegiate skier, and they began competing together as Team Vision4Gold. With Rob serving as her guide, Umstead won two bronze medals at the 2010 Paralympic Winter Games in Vancouver, British Columbia, and was named athlete of the year by the National Sports Center for the Disabled.

Then she found out she also has multiple sclerosis, a nerve disease that paralyzed half her body. After learning how to walk and ski again, Umstead was back on the slopes. She was named the 2011 adaptive athlete of the year by U.S. Ski and Snowboard and earned another bronze medal at the 2014 Paralympic Winter Games in Sochi, Russia.

Umstead, who has four medals from the World Para Alpine Skiing Championships, also competed in the 2018 Paralympic Winter Games in Pyeongchang, South Korea, and she was the first visually impaired contestant on ABC’s “Dancing with the Stars.”

A resident of Park City, Utah, the 47-year-old and her husband travel the world as ski racers and motivational speakers.

Disability Awareness Week is sponsored by the Collegians for Integration and Accessibility student organization, UNK’s Academic Success Offices and the Division of Student Affairs. All events are free and open to the public. 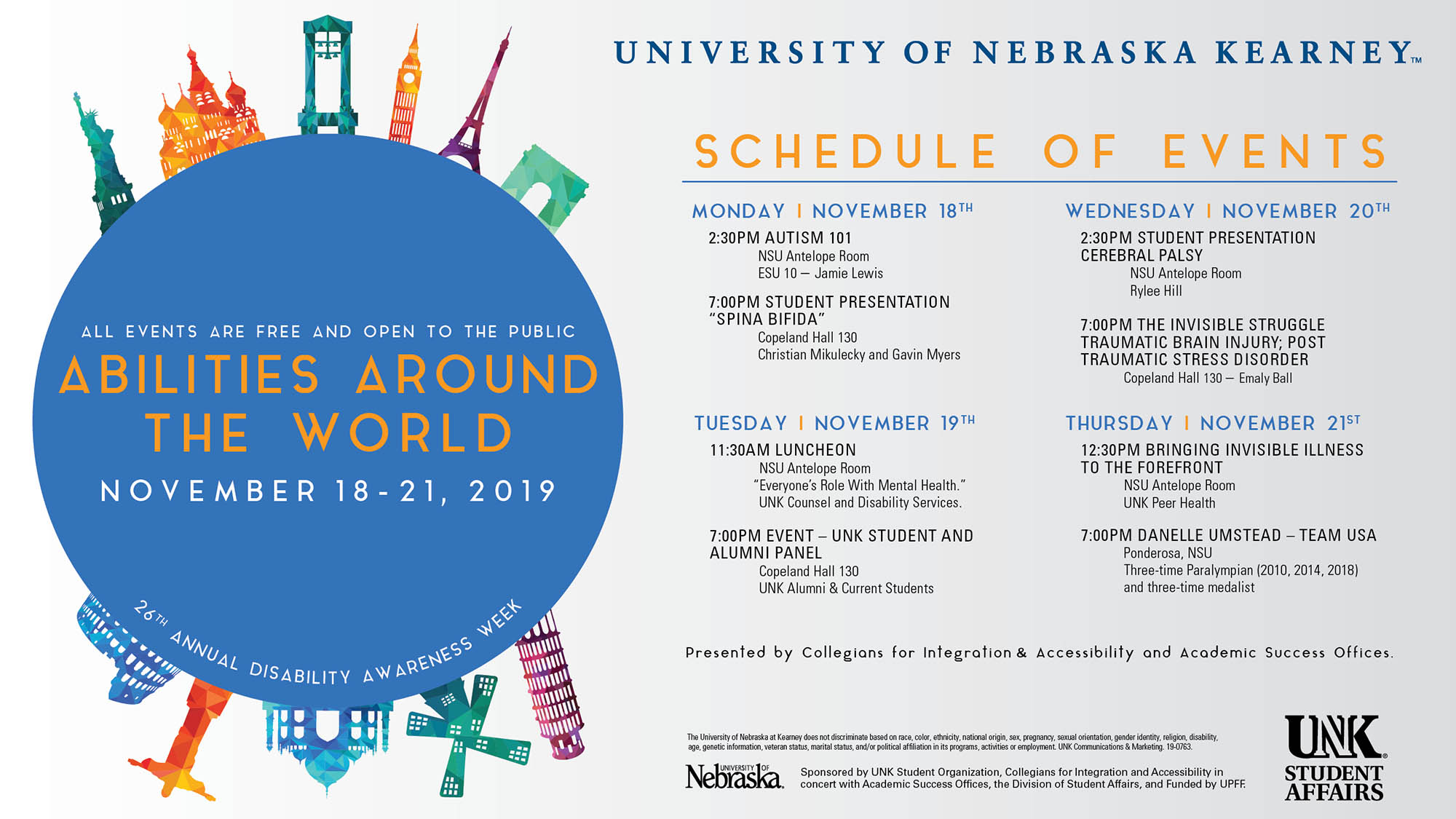