The University of Nebraska at Kearney senior gets that question a lot, and her response never changes.

“I just laugh, because I’ve been asked a million times,” Puckett says. “I don’t have a favorite because both of them bring out my competitiveness.”

It doesn’t matter whether she’s soaring into the landing pit during a track and field meet or hammering down a kill on the volleyball court, the two-sport standout always has the same goal – win.

“I’m super competitive, especially when it comes to volleyball and track. I think it’s good to be competitive in everything you do, but you also need to take a step back sometimes. I know I’m competitive, so I need to make sure that when I’m playing checkers with my mom it doesn’t become an issue,” Puckett said with a smile.

That internal fire is nothing new for the Grand Island native. As a kid, she loved racing – and beating – the boys in her neighborhood and she competed at the Hershey Track Meet, along with playing YMCA and club volleyball.

At Grand Island Senior High School, she recorded 380 kills and 112 blocks over her final two seasons in volleyball, earning Class A all-state honors both years, and won a state title in the triple jump as a senior.

Her success in both sports led to a crossroads.

“I had such great experiences in high school, so it was hard for me to decide whether I wanted to do track or volleyball in college, because I could go either way,” Puckett said.

Fortunately, UNK gave her the opportunity to participate in both sports at the NCAA Division II level.

“I definitely think they benefit each other,” Puckett said. “The things I do in track are very explosive, and that translates to being quick on the volleyball court.”

Puckett made an immediate impact for the UNK volleyball team, finishing fifth in kills (181) and second in total blocks (101) while starting all 37 matches as a freshman in 2016. The 6-foot middle blocker was named the American Volleyball Coaches Association (AVCA) Central Region and Mid-America Intercollegiate Athletics Association (MIAA) Freshman of the Year, and she was selected to the All-MIAA Second Team.

“Sometimes when somebody is really athletic you don’t give them enough credit for being really intelligent,” Squiers added. “Mackenzie is kind of a deep thinker. She wants to know the why of everything.”

Puckett battled injuries as a sophomore, appearing in just half the team’s matches, before bouncing back last season, when she was fifth in kills (184) and third in total blocks (69) while leading the Lopers with a .322 hitting percentage.

UNK is 125-9 since she joined the team, winning the MIAA regular-season and tournament titles the past three seasons and reaching the NCAA Division II national tournament three times. The second-ranked Lopers, one of two undefeated teams remaining in Division II, are a perfect 24-0 this season.

That’s no coincidence, according to Squiers.

“Mackenzie is one of those people who expects so much from herself that when you’re around her it kind of raises your own expectations,” he said. “She’s always trying to get better. That’s one of the things that makes her a great athlete, along with being really competitive. She’s just never satisfied.”

He called Puckett a “powerful athlete” who is consistently competing at a high level.

“She’s very focused,” Bonsall said. “Being successful in athletics is very important to her. She doesn’t take anything lightly in terms of her approach as an athlete.”

Puckett, who competes in the triple jump and long jump, currently holds two marks within UNK’s all-time top 10. She’s fifth in the indoor triple jump with an effort of 38 feet, 2 1/4 inches and fourth in the outdoor event with a jump of 39-4 1/2 during the MIAA Championships in May.

Her goal is to qualify for the NCAA Division II Championships, something Bonsall believes she “absolutely” has the ability to accomplish after coming close on multiple occasions.

“The benefits are priceless, but you have to be very disciplined and manage your time well,” she said. “All the lessons I’ve learned will help me later in life.”

Puckett has a 3.9 GPA, she’s made the UNK honor roll every semester and she’s a six-time MIAA Academic Honor Roll selection. She’s been named an MIAA Scholar Athlete and received the U.S. Track and Field and Cross Country Coaches Association’s All-Academic recognition.

Additionally, Puckett is president of UNK’s Student-Athlete Advisory Committee, a group that serves as the voice of student-athletes and provides input on various issues at the university, conference and Division II levels. The committee also organizes monthly community service projects such as volunteering for the Salvation Army’s Red Kettle Campaign, writing letters to U.S. service members stationed overseas and raising money for the Make-A-Wish Foundation or cancer research.

“It’s our way of giving back to the community because they’ve given us so much and helped build this experience for us,” said Puckett, who served as the committee’s vice president last year.

During what’s typically her only downtime, Puckett spent part of the spring semester and summer interning with the Nebraska School Activities Association, assisting with state championship events in speech, wrestling, baseball, track, tennis, soccer and golf.

The 22-year-old wants to work in marketing for a professional or collegiate sports team after graduation, and anyone who’s met her knows she’ll give 100% to make that happen.

“Mackenzie always wants to know what the next goal is and she’s not afraid to work hard to get there,” Squiers said. “When she pursues her career, she’ll do really well carrying those same characteristics with her.”

Second-ranked UNK (24-0) has a pair of home matches this weekend against MIAA opponents. 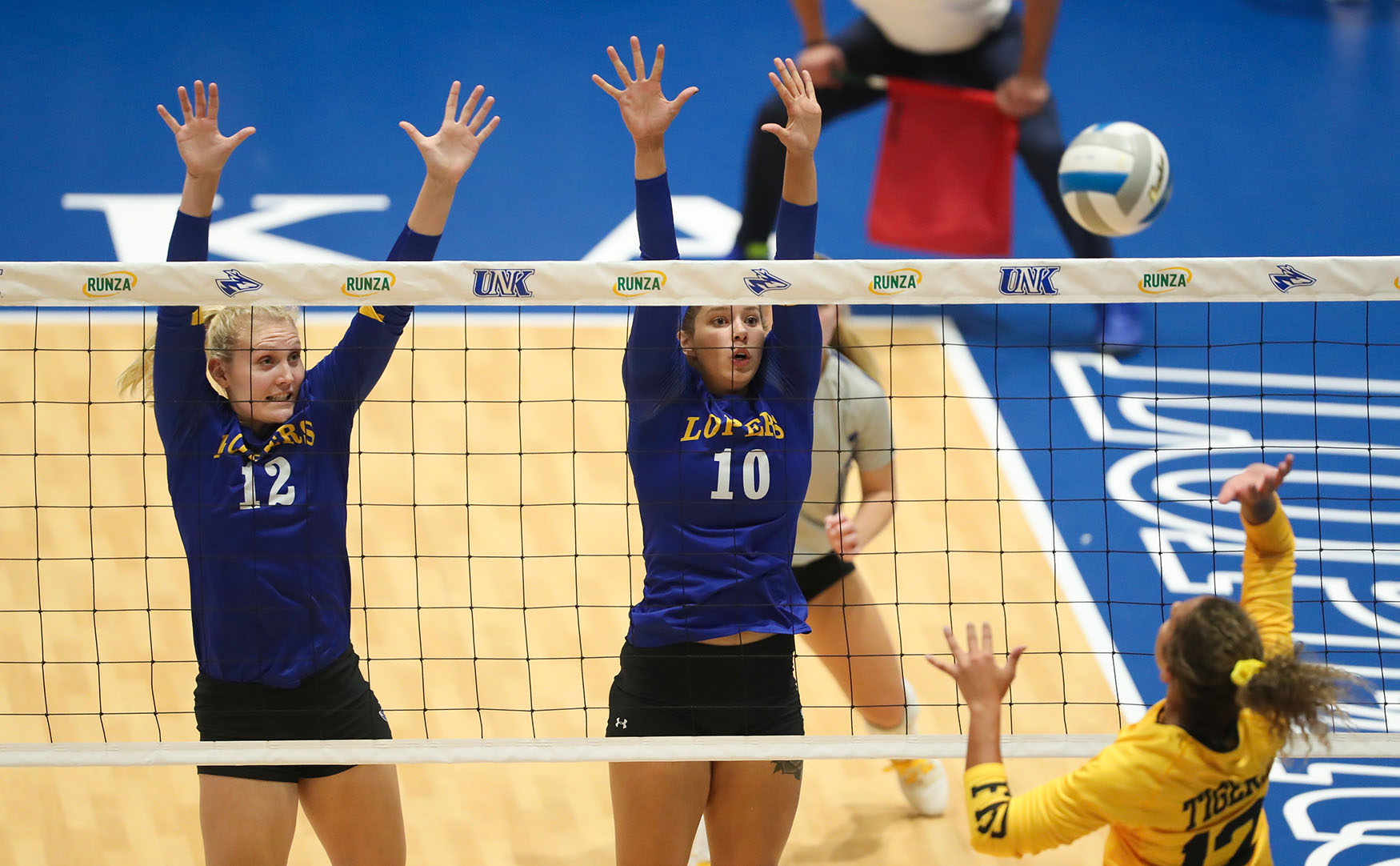