KEARNEY – Twenty minutes into Friday night’s VIP party, there was a special kind of excitement in the room.

As the season finale of the CBS show “TKO: Total Knock Out” was just getting started, you got the feeling Bryce Abbey just might win this thing.

You could see it on his face. Hear it in his voice.

When Abbey finished the “Battle Royale” obstacle course in 2:08, his 125 friends and family watching at Fanatics in downtown Kearney sensed the outcome. Abbey, a faculty at the University of Nebraska at Kearney, was in the driver’s seat to win the finale and 0,000 prize money.

“Everybody was so excited. The intensity of the room was so awesome,” said Abbey. “I had trouble controlling my emotions, but I didn’t want to let everybody know the outcome before the end.”

Forty nervous minutes later, the end of the CBS show finally came. And with it came a huge celebration, as Abbey finished first and won 0,000. He edged Brandon Beem, an obscure sports champion from Iowa, by 11 seconds.

“It’s been so hard. I’ve been wanting to share it with so many people. Being part of this is so amazing,” Abbey said. “My kids have been awesome. My family has been awesome. To get to do, and celebrate, something like this is indescribable.”

Abbey was the second of five contestants to compete on the TKO obstacle course, where other contestants toss oversize Frisbees and large spikes, fire foam balls and swing giant hammers in an attempt to slow their opponents down.

The first competitor, Kris Fraser of New Jersey, finished in 4:03. Abbey followed with his 2:08. The third contestant, Joe Pepe of Pennsylvania, was unable to finish due to injury. The fourth competitor, Beem, recorded a 2:19, setting up the final contestant, California motocross racer Jacob Ehm.

Ehm made Abbey’s fans nervous, as he cruised through the course and made it obviously close. But when host Kevin Hart announced Ehm’s time of 2:33, the celebration was on.

Friends lifted Abbey in the air as the crowd at his VIP party erupted in cheers.

A former Loper wrestler and member of the UNK Athletic Hall of Fame, Abbey, 35, is an associate exercise science professor at the university. He also is director of UNK’s Employee Health and Wellness Program.

Abbey advanced to Friday’s finale by winning an Aug. 17 episode of the show, which came with ,000 in prize money. He filmed his episodes earlier this summer in Los Angeles.

“My student loans are paid off. I’m going to have to take my family on a nice vacation, buy myself a nice vehicle,” he said. “We have the money to do things we never imagined possible.” 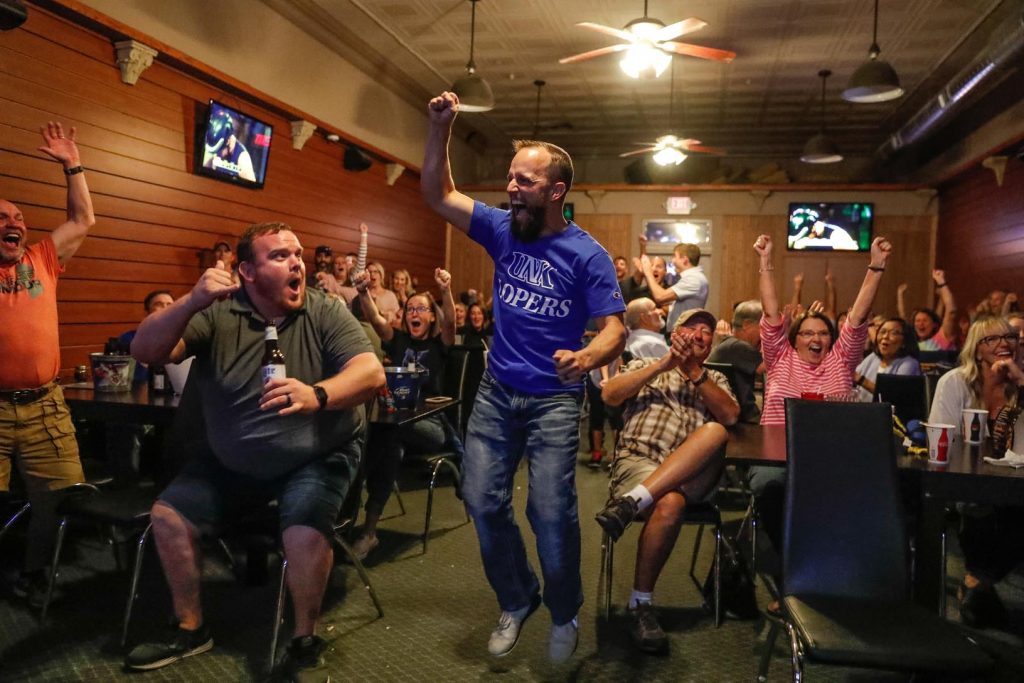 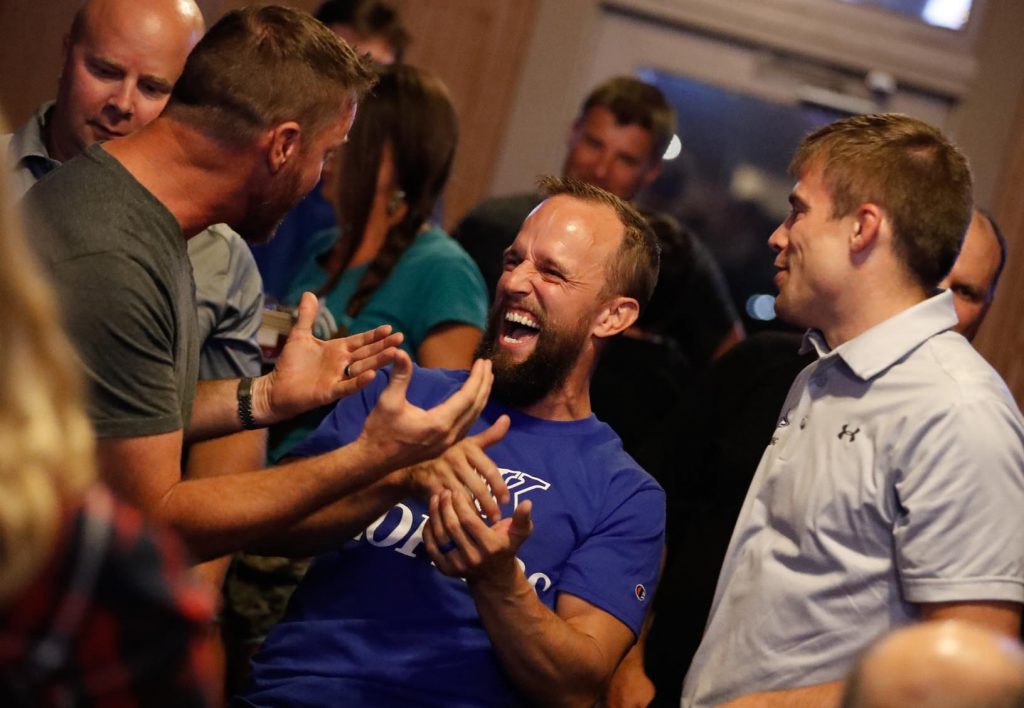 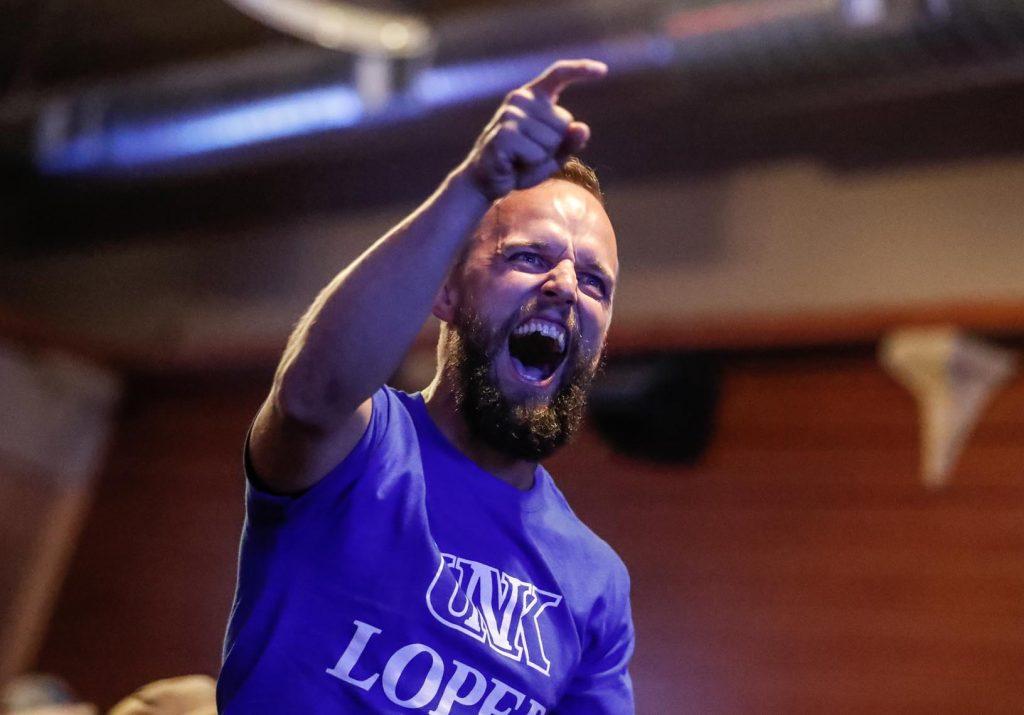 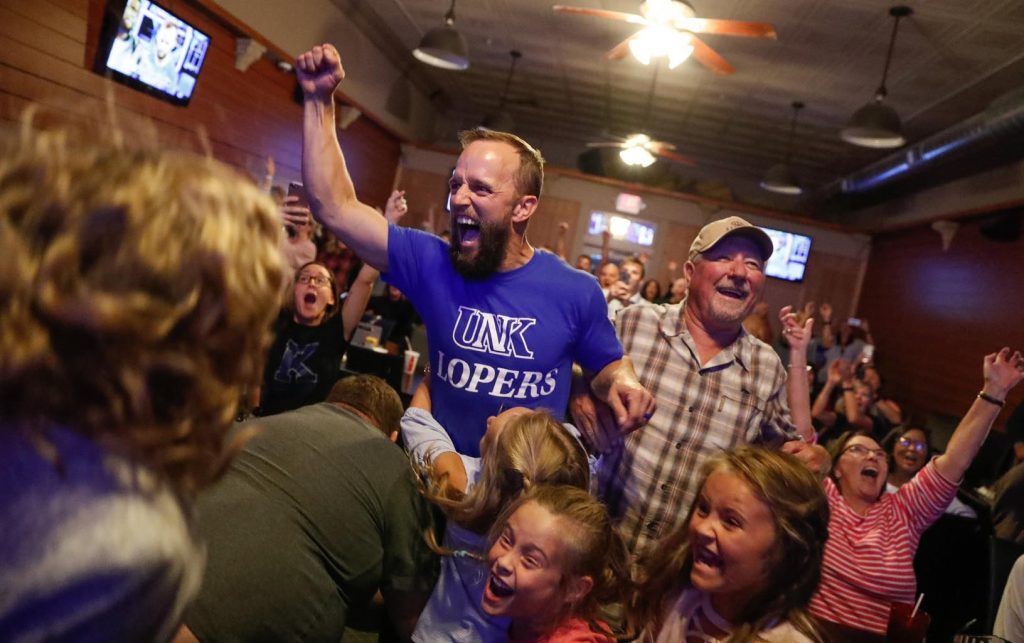