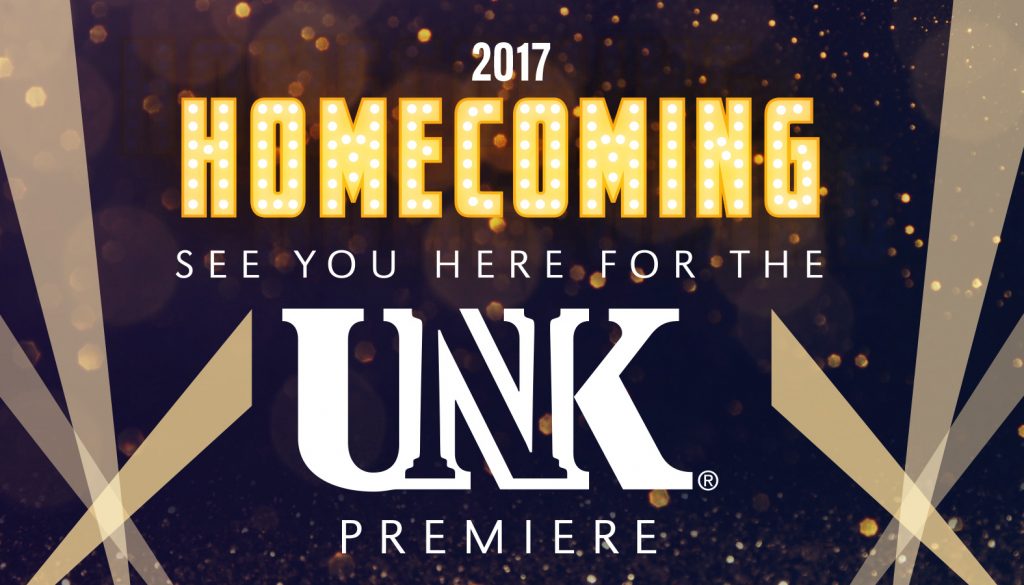 KEARNEY – The University of Nebraska at Kearney Alumni Association has announced nine alumni who will be recognized with awards during homecoming festivities Sept. 15-16.

The 37th Annual Distinguished Alumni Awards will be given during the luncheon at 11:30 a.m. Sept. 15 in the Ponderosa Room in the Nebraskan Student Union. Tickets are per person and can be purchased at www.unkalumni.org/homecoming or by calling the UNK Alumni Association at 308-698-5271.

On Sept. 16, the day kicks off with the annual homecoming parade in downtown Kearney on the bricks at 10 a.m. Following the parade, alumni and community members are invited to attend the Loper Luncheon at the Alumni House. The Loper Luncheon starts at 11 a.m. and tickets are $10, available at www.unkalumni.org/homecoming or pay at the door.

The Loperville tailgate is open to the community at Cope Stadium prior to the 2 p.m. UNK football game against Northwest Missouri State University.

For questions or to purchase tickets, contact the UNK Alumni Association at 308-698-5271 or visit www.unkalumni.org/homecoming.

A native of Chester, Frye entered the Army in 1973 as a distinguished military graduate from the University of Nebraska at Kearney Reserve Officer Training Corps program.

In 2011, Frye was appointed to serve as a member of the committee for purchase from people who are blind or severely disabled. Prior to his current VA appointment, Frye served as chief of contracting for the U.S. Department of Transportation in the Federal Motor Carrier Safety Administration.

A retired U.S. Army Colonel, Frye served in several senior acquisitions and logistics positions during his 30-year career. His numerous military awards and decorations include the Legion of Merit.

Frye earned his education degree from Kearney State College in 1972. He also holds degrees from Florida Institute of Technology and National Defense University. Frye is also a graduate of the U.S. Army Command and General Staff College, Defense Systems Management College and Industrial College of the Armed Forces. He holds the acquisition professional development program’s highest certification in program management and contracting.

LeRoy Swedlund (1969) is an independent, small business/start-up business consultant in Omaha. Involved in his business role, Swedlund has worked at IBM and AM International. He was the vice president, general manager and CEO for Information Systems, Inc. Swedlund is currently engaged with H4 Technology in Omaha.

Swedlund is an active volunteer with Presbyterian Church USA and The College World Series. He has also served on the Omaha Rotary Club board and as chair of Omaha Rotary Operation Hippocrates committee, a health care relief organization dedicated to providing cardiac screenings for children living in impoverished areas. For more than 25 years, he has been a part of the hands-on coordination of pediatric cardiac medical missions in Belize. Swedlund has had the opportunity to travel each year for the clinics to help screen for congenital heart diseases and arrange for care in the U.S.

Shannon (Welch) Vesely (1977, MAE 1979), from Bloomfield, Iowa, currently serves as a literacy and instructional consultant for Iowa schools after 40 years of serving as an educator. Vesely has taught English in Spring Green, Wis., Bloomfield, Iowa and Ottumwa, Iowa. She was an English professor at Buena Vista University-Ottumwa Center and Indian Hills Community College, both in Ottumwa, Iowa. Vesely also served the Ottumwa Community Schools as director of school improvement.

Because of Vesely’s passion for students and her school district, Vesely nominated the Ottumwa Community School District for the first-ever awarded School District of Character from The Iowa Character Counts program through Drake University.

Vesely has worked diligently with educators from many states to design national assessments and create curriculum for public schools. She has worked with Iowans for Higher Standards to promote, defend and implement the Iowa Core Standards in Iowa public schools. Vesely’s passion for students drives her to continually improve school systems in every way she possibly can.

Christensen has won many awards and served on several committees and boards, including the UNK Gold Torch Society mentor and board member, UNK College of Business and Technology board, woman of the year award for the Mid-Nebraska Advertising Association, Super-Valu Foods district of the year award member and Hallmark vanguard sales award winner for five years.

Christensen served on the UNK Alumni Association Board for 10 years, including serving as president and past president. She is active in and around the Minden and Kearney communities, as well as with UNK.

Christensen, a Wood River native, graduated from Kearney State College in 1983 with both a Bachelor of Science in business administration and home economics with a fashion merchandising emphasis.

Dusty Reynolds (2004) is the CEO of RaceNote in Omaha. RaceNote is a motorsports management platform that works to improve the technology for race teams to make quicker and better decisions. In 2004, Reynolds co-founded D&T Shirtified, before starting the Sababu Conscious Clothing in Mali, West Africa, in 2009. The focus of the company was to manufacture clothes in an effort to help alleviate poverty through sustainable employment. Reynolds also served as director of entrepreneurship and innovation for the Greater Omaha Chamber before starting RaceNote.

Reynolds has received numerous awards for his entrepreneurship and leadership roles, including the 2016 Midlands Business Journal Young Entrepreneur of the Year. Reynolds is a graduate of Logan View High School. He graduated from UNK in 2004 with a degree in industrial distribution.

Francisco Hidalgo (MBA 1980) of Longboat Key, Florida, currently serves as managing director of Latin America for Kybora Emerging Markets in Sarasota, Florida. Hidalgo has more than 34 years of experience in the pharmaceutical industry. He has held positions with Procaps, Bristol-Myers Squibb and Schering-Plough Corporation.

Sandra (Thomas) Hanson (1981, MAE 1989) of Kearney taught at Kearney Public Schools for 30 years before retiring in 2014. Hanson has since taught for the University of Nebraska at Kearney, working with new teacher candidates in the College of Education. She has also taught for the KPS summer Personal Achievement Workshops elementary enrichment program and served as a substitute teacher throughout all Kearney schools. Hanson currently works as an ambassador for the Kearney Park and Recreation Department.

Hanson sang with the Sweet Adeline’s for 25 years along with the Cabriolet Quartet for 16 years. Within the last three years, Hanson has also shared her love of singing by working with the Horizon Middle School music department to develop an a cappella singing program.

Hanson graduated from Kearney State College in 1981 with a Bachelor of Arts degree in physical education K-12, with a coaching endorsement. In 1982, she added an additional general science endorsement from KSC. In 1989, Hanson completed her Master of Education in middle level science and math at KSC.

Julie (Slaughter) Larsen (1977, MSE 1988) of Kearney has taught multiple levels of chemistry, physical science and physics at Kearney High School since 1981. Larsen has worked on numerous committees at the public school, collegiate and state education levels, including those that planned the curriculum, design and schedule of the new Kearney High School. Larsen taught at Kearney State College from 1977 to 1981.

Larsen is the recipient of the dedicated service award from the Greater Nebraska Association of Teachers of Science, American Chemical Society Midwest Regional Award in high school chemistry teaching, Outstanding Educator Award for Kearney Public Schools, Sigma Xi Outstanding Science Teacher Award, KHS Education Advocate Award and the recognition award for valuable contribution to the success of students from the University of Nebraska at Lincoln.

Larsen received her Bachelor of Science degree in comprehensive chemistry in 1977. She then obtained secondary teaching endorsements in chemistry, physical science and mathematics. In 1985, she received her master’s in science education.

Sarah Ponder (2003), a mezzo-soprano of Oak Park, Ill., is a soloist and ensemble singer with Lyric Opera of Chicago, Grant Park Chorus, Chicago Symphony Chorus, Chicago a cappella, Music of the Baroque and many others.

A dedicated teacher and member of the National Association of the Teachers of Singing, Ponder holds a faculty position at Loyola University. In addition to training voices, Ponder has assisted many young composers through workshops at Merit School of Music and Chicago Academy for the Arts providing specialized feedback and instruction. She recently finished recording another set of works from Carnegie Hall’s “Lullaby Project” partnered with the Chicago Symphony Orchestra, assisting young mothers to create original lullabies. Her work as a technique model is also featured in the award-winning pedagogy book, “Vocal Technique: A Guide for Conductors, Teachers, and Singers” used at The Juilliard School and other top institutions around the country.

Through her outreach at Chicago Symphony Orchestra, Ponder has helped bring opera and classical music to new audiences, appearing with Opera for the Young, Opera Divas, Lyric Unlimited and recitals through the Musicians Club of Women.

Ponder earned her degree from UNK with a Bachelor of Fine Arts in 2003 and later received her Master of Music from Northwestern University.