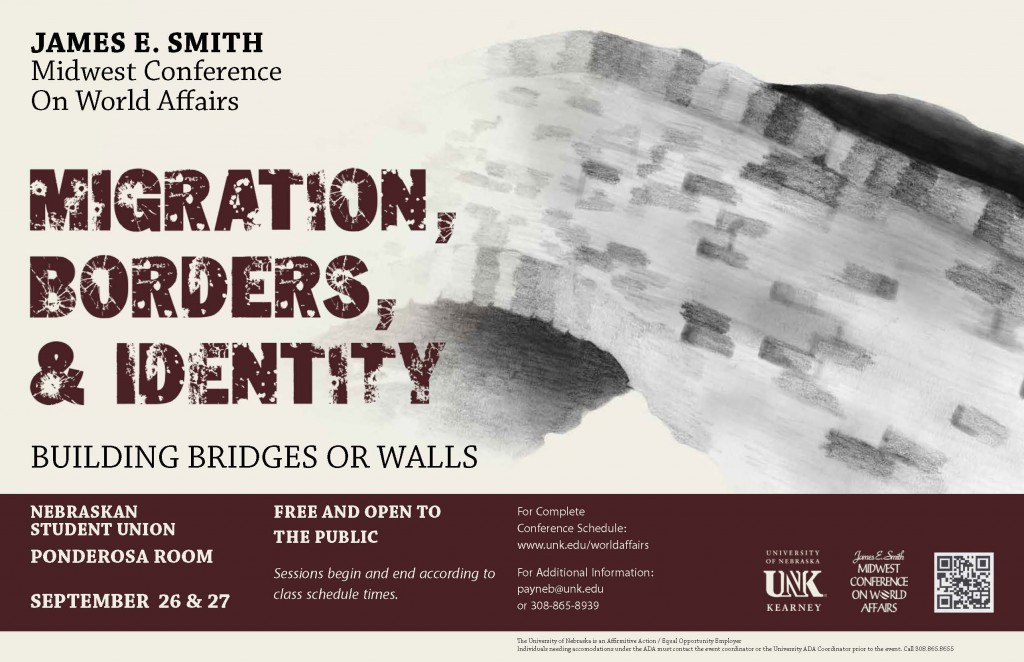 Experts from across the world will discuss migration at the James E. Smith Midwest Conference on World Affairs Sept. 26-27 in the Nebraskan Student Union Ponderosa Room.

Speakers representing Germany, Netherlands, Mexico, India, Pakistan, Slovenia, Cameroon, Fiji, Dominican Republic, Antigua, United States and Europe are among those presenting at the conference, which is free and open to the public.

“Migration, Borders and Identity: Building Bridges or Walls” is the theme for this year’s event.

“This conference truly brings the world to Kearney. We have speakers and sessions you’d usually find only in a world capitol like Washington, D.C., or Brussels,” said Michael Stopford, assistant vice chancellor for International Affairs. “It’s a unique opportunity for our UNK students and the wider community to engage on global themes.”

At 7:30 p.m. Sept. 26, comedian and speaker Najera will present “Growing Up in the Shadow of the Border.”

The conference also features writer and photojournalist David Bacon, who will present “Justice for Migrants and All Working People” at 9:10 a.m. Sept. 26 in the student union Ponderosa room.

“Rick Najera’s entire career has been built around bridges and borders. He is a phenomenal multi-media representation of someone who lives on the proverbial hyphen between Mexican-American,” said Michelle Warren, professor of modern languages.

“Najera advocates for greater Latino representation in the media and politics, and encourages others to take the pen into their own hand, so to speak, and tell their stories. His talk will make us laugh, but also make us think about breaking down barriers and ‘borders’ built of stereotypes and prejudices.”

As a national speaker, Najera addresses topics such as diversity, entertainment, media, politics and more through comedy. His fourth book, “Almost White: Forced Confessions of a Latino in Hollywood,” has garnered national attention and critical acclaim. In his memoir, Najera explores what it means to be Latino within the ever-changing backdrop of life as a Hollywood creative. 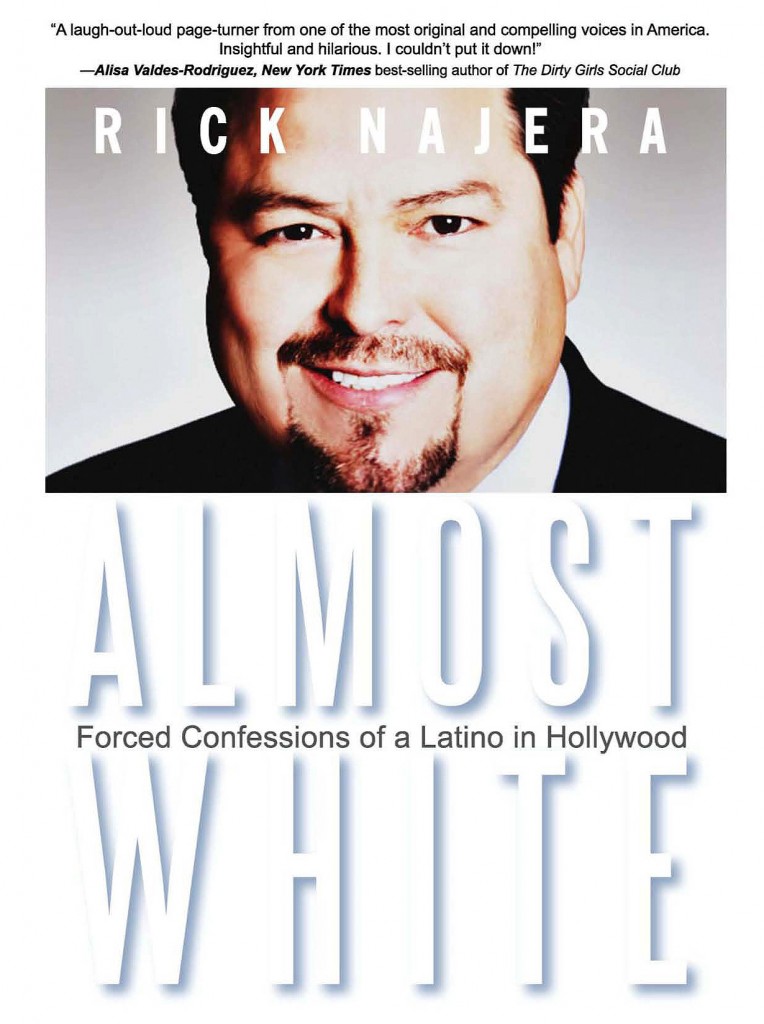