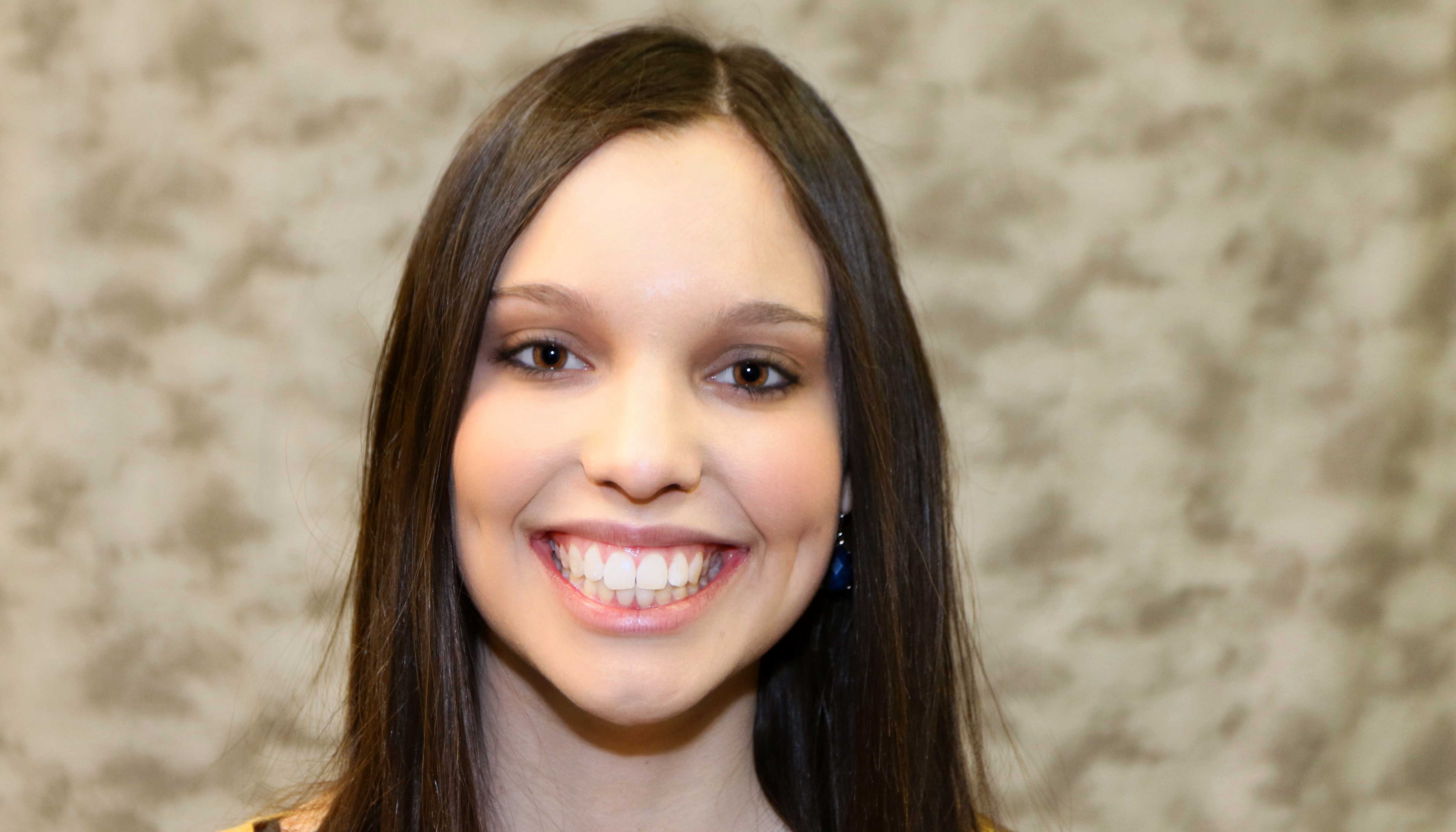 KEARNEY – University of Nebraska at Kearney student Amanda Slater has been selected to present her research at the prestigious Posters on the Hill conference, sponsored by the Council on Undergraduate Research.

A junior language arts education major from Clay Center, Slater will present her work “Adult Influences in the Construction of Youth War Diaries” to members of Congress and Capitol Hill staff April 19-20.

Posters on the Hill was created to help policymakers understand the value and importance of undergraduates doing original scholarly work.

It is the second year in a row that a UNK student has been selected to present at the prestigious Posters on the Hill. Last year, Stefani Perez of Lexington was picked.

Since the publication of “Anne Frank: The Diary of a Young Girl” in the 1940s, children’s war diaries have erupted into a marketable business for journalists, editors and publishing companies. Often, according to Slater’s research, the writing undergoes biased changes in the editing process.

“I aim to understand the implications these adult influences have on the genre by examining a collection of recently-published war diaries,” Slater says in her abstract.

The texts represent a variety of world conflicts, including: World War II, the Bosnian War in Sarajevo, the Iraqi War, and the presence of The Taliban in Pakistan.

“I determined through this analysis that family situation, educational background, exposure to media/propaganda, and journalist intervention all have an effect on those who are selected for publication,” Slater says.

“These factors reveal that as much as we try to be transparent about the effects of war on children, we fail – in every sense of the word. Because we cannot handle the thought of childhood ‘innocence’ being lost in the terrors of war, we show a glimpse of the hurt and heartbeat, but only from the perspective of middle-class, well-educated youth.”

As a result, only one side of the war story is told – the side that encompasses experiences and opinions that the adult population has influenced and deemed acceptable for public attention, Slater says.