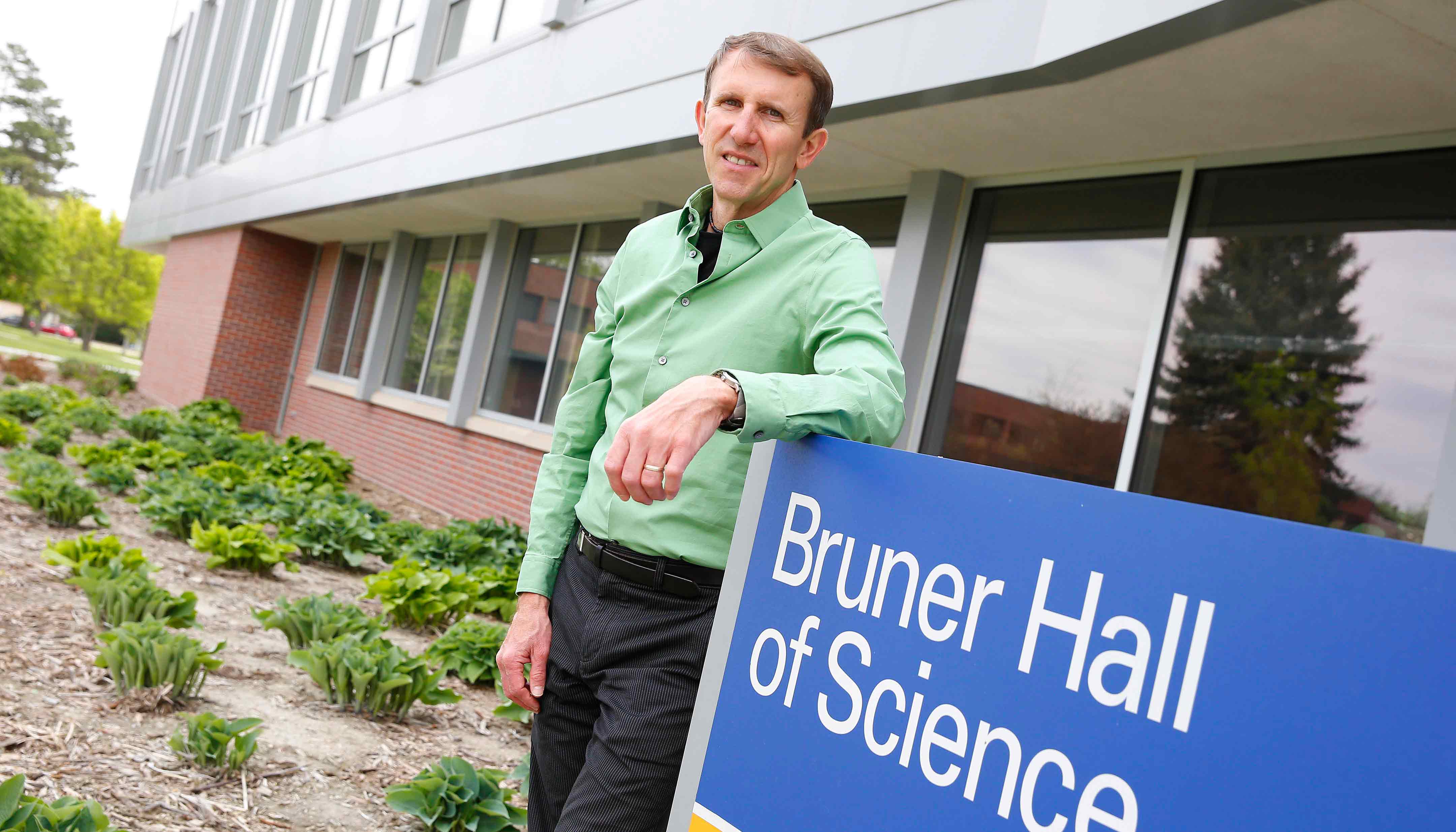 KEARNEY – Paul Twigg tells the story like it happened yesterday. But the emotional moment he shared with UNK colleague Frank Kovacs actually occurred more than 10 years ago.

That is when Kovacs confided in Twigg and shared news that his 14-year-old daughter, Sarah, was being taken off life support. She had lost her battle with Wegner’s Disease, a terminal lung disease.

They were in a lab on a weekend. And they broke down and cried together. 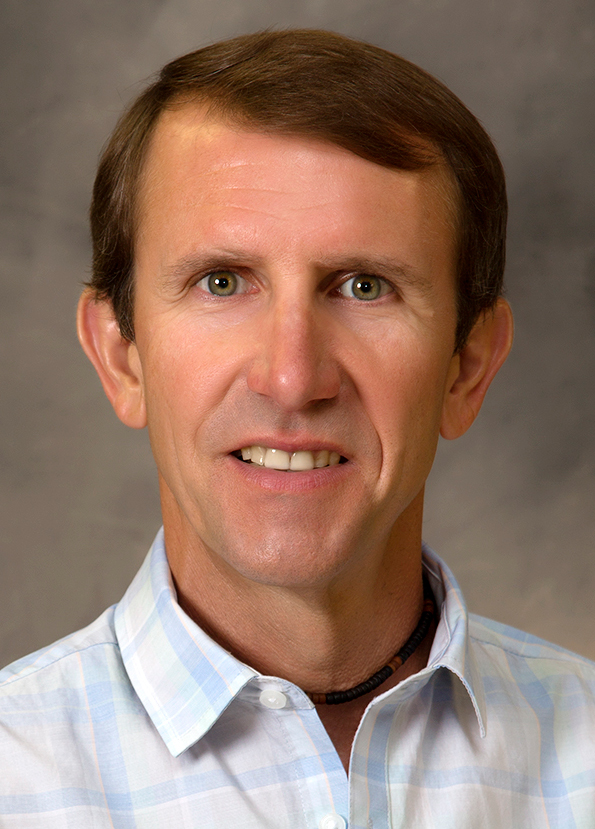 “Kovacs and I are as different as two people can be,” Twigg said. “We share very little in common, but I don’t think there’s anyone here I would call a closer friend.”

A biology professor at UNK, Twigg’s story was among those he shared at Xi Phi Chapter of Mortar Board’s recent Last Lecture series.

UNK senior and Mortar Board member Kaitlin Hehnke nominated Twigg to give a lecture with the hypothetical notion it would be his last.

“I had Dr. Twigg for cell biology,” said, Henke, a psychobiology major from Grand Island. “I thought he was by far the best teacher I’ve had at UNK. I’m going into medicine, so everything he’s taught me I feel like is going to help me so much through medical school, so that’s why I nominated him.”

He went back to his roots. Coming from a family of coal miners in Pennsylvania, he credited his grandfather – or as Twigg calls him, ‘pap’ – for sparking his interest in plants.

He shared Kovacs’ story and other moments that have made his 24 years at UNK worthwhile.

One experience that touched Twigg was the special relationship he’s made with undergraduate students, including one student he referred to as Christine.

Christine was an average student who had some personal problems. She opened up to Twigg, told him she did not have a father figure, and asked him to help her move. While moving, Twigg jokingly said, “I may as well be your father.

“Christine asked me to give her away at her wedding,” he said. “She sends me Father’s Day cards.”

Other comments from Twigg’s lecture:

“If it takes making a fool out of myself in front of kids to dance like a phospholipid, or anything else to help students remember something, its what I’m here for.”

“Those of you who know me fairly well know I’m a fan of hockey. I like to feel like I’m a center. I like to get the puck to others to score.”

“If you get into one spot and you’re not changing or moving forward, it’s time to leave. If that grass starts to grow under your feet, move for God’s sakes.”

When interviewed for his position at UNK and asked why he wanted to work with plants, he responded: “They don’t bleed, they don’t scream, they don’t bite, they don’t run away and you never have to ask permission to do anything with them.”