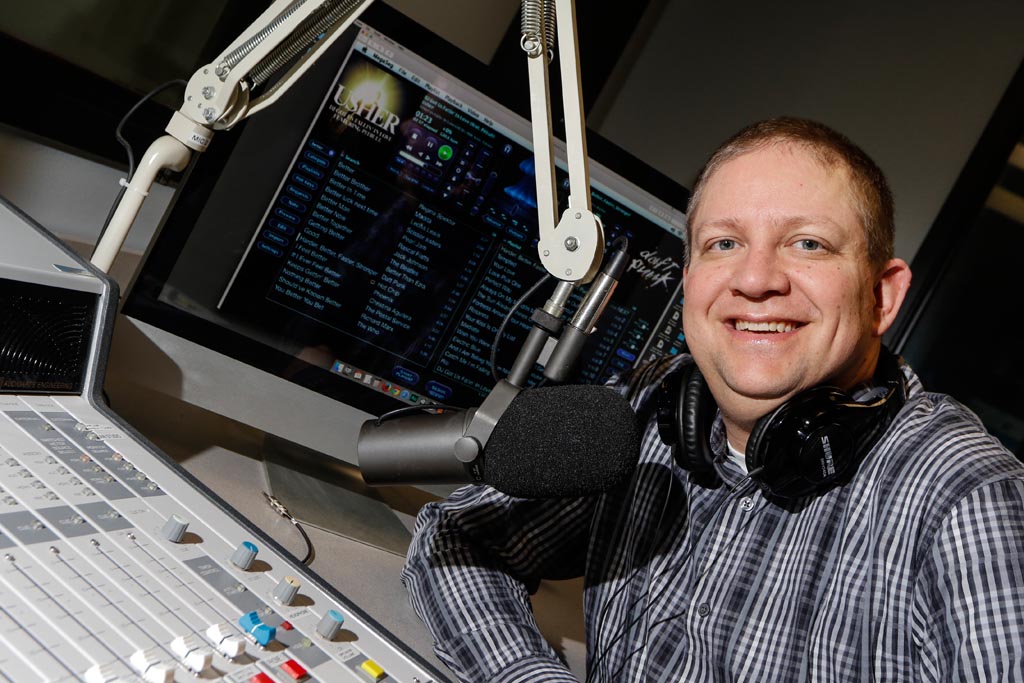 KEARNEY – Since Ford Clark’s arrival at the University of Nebraska at Kearney last fall, broadcasting students have called almost every home football and basketball game, produced live remotes across campus and hosted an array of programs on KLPR 91.1 FM.

The increased programming on UNK’s student radio station is part of Clark’s effort to spread awareness and increase interest in campus radio.

“We’re trying to be more visible and doing things where the students are able to see what we’re doing,” said Clark, who has 30 years of combined radio, television and teaching experience. “We want to make sure we have a lot of live programming. That’s something that I think our listeners really enjoy.”

Along with building an audience of KLPR listeners, one of Clark’s primary objectives has been to create interest for students who might want to pursue radio.

“Here on campus, our listenership basically turns over every four years,” Clark said. “I’m not sure that all the students know about what we are, so we’ve been trying to keep our name out there and let students know that we’re here and available, that they can come over and take a class and be on the radio as well.”

In just over a semester, Clark has been able to create that enthusiasm.

“Working with Ford has been a great experience,” said senior Nick Stevenson, KLPR’s news director. “He’s all about being hands-on and helping people learn. I think that’s something both students and the station will benefit from for years to come.

“To have the energy and attitude that he does is only going to motivate students more. I think that’s showing with how many people are working with the radio station and how much publicity and promotion KLPR has gotten so far this year.”

Clark grew up in Melbeta in western Nebraska and graduated from Scottsbluff High School.

The following is from an interview with Clark about his professional career: 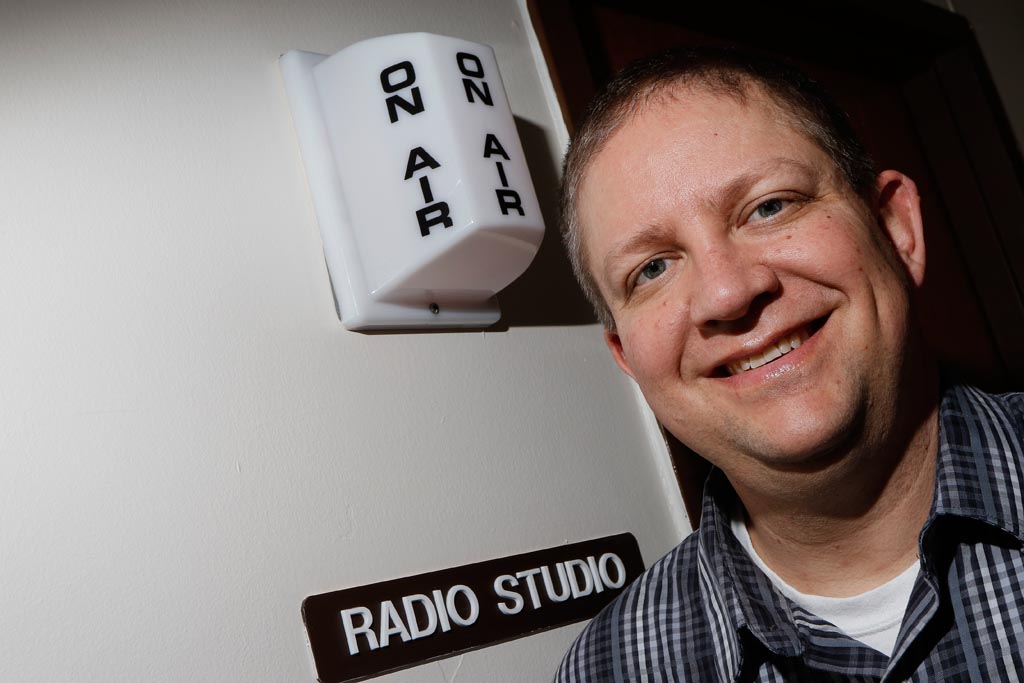 What made you want to become a broadcaster?

“I started working at a radio station when I was 16 years old, working overnights and weekends. I did that until I graduated from high school. I took a couple years to figure out what I wanted to do and thought I loved being on radio. It all goes back to that experience I had in high school.”

Why did you decide to transition from being a professional broadcaster to teaching?

“I always wanted to teach, and my goal was always to teach in college. I had an opportunity to teach radio and television in high school, so I took it. I figured if I did that, it would be a good stepping-stone to getting my master’s degree and being able to teach in college. Everything fell into place and it was able to happen.

You like to incorporate humor into your lectures. What’s behind introducing that to your teaching style?

“I just have always been somebody who likes to joke around and have fun. I feel like students are going to learn more if they’re enjoying class, rather than dreading it or thinking it’s boring. I really try to make class fun so students want to come and don’t want to skip, because then they miss out on vital information.”

How do UNK’s radio facilities compare to those you’ve worked with before?

“They’re fantastic. They’re beautiful. These are the best facilities I’ve ever worked with. University of Nebraska-Lincoln had some great facilities as well, but everything here is brand new.”

You recently started a sports broadcasting class. What was the reasoning behind that?

“We wanted to come up with a sports track to attract more students into the program. Radio Workshop: Sports is part of the sports communication major. It may not necessarily be something students want to go in to, but it gives them another opportunity to see what is out there in the field. It’s a great experience for our students on all levels, from the ability to ad-lib, to running the radio station, to being at live events.”

What are things you’d like to see with KLPR going forward?

“My goal within the next couple of years is to have KLPR on year-round. I think our listeners would enjoy that. It would be an opportunity for our students if they wanted to come in and run a shift during the summer.”

What are your hobbies when you’re not busy teaching or broadcasting?

“I’m a big sports nut. I enjoy watching sports a lot – all different kinds. As far as activities, I enjoy playing golf and fishing. Outside of my family, those are probably the main things I do.” 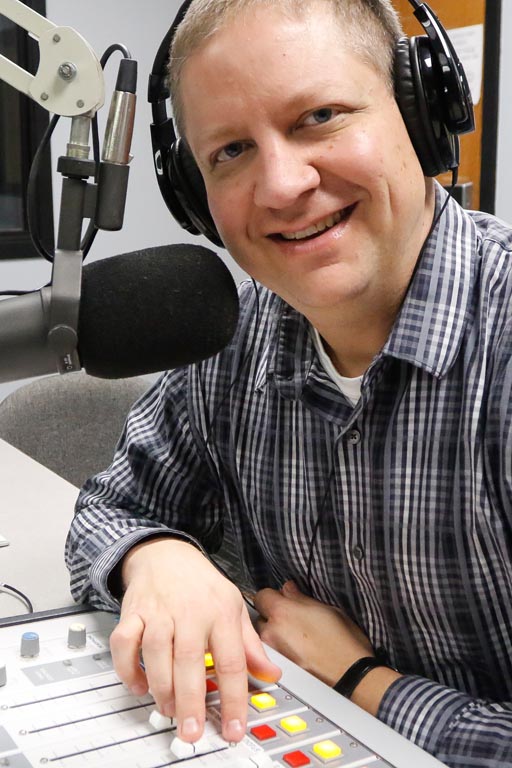