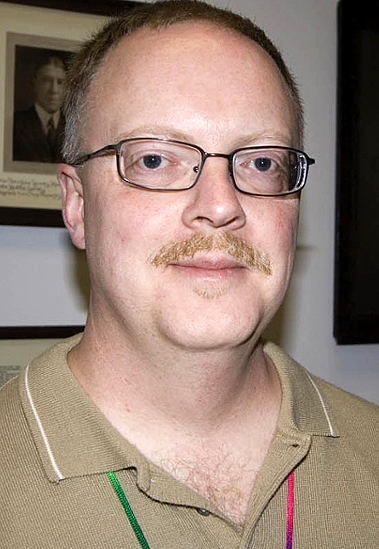 Schleicher is head of special collections for UNMC’s McGoogan Library of Medicine. His presentation will be followed by a short talk by Dr. Greg Karst on the future of UNMC, focusing on its future in Kearney.

Karst is executive associate dean of the UNMC College of Allied Health Professions and has been involved in all aspects of the construction and opening of the new Health Science Education Complex on the UNK campus.

At the end of the two talks, guests will have the option to go on a behind-the-scenes tour of the new UNMC facility. Light food and refreshments will be provided.

“Given that the Frank House served as part of the Nebraska State Hospital for the Tuberculous for over six decades, we see this program as a great way of connecting the past, present, and future of medicine here in Kearney,” said William Stoutamire, director of the Frank House.

ABOUT JOHN SCHLEICHER
Schleicher is a native Nebraskan born in Superior and raised in Plattsmouth. He graduated from Hastings College with a bachelor’s degree in social science and education and received a master’s in history from the University of Nebraska at Omaha.
He was exhibits ands programs assistant at Western Heritage Museum in Omaha from 1990-1992, then was executive director of the Dodge County Historical Society and director of the May Museum in Fremont from 1992-1994. From 1994-2002, he was the education and statewide services coordinator in the museum division of the Nebraska State Historical Society.
He has been involved with several historical and preservation organizations, including the Preservation Association of Lincoln, American Historical Society of Germans from Russia, American Association for State and Local History and Nebraska Museums Association.