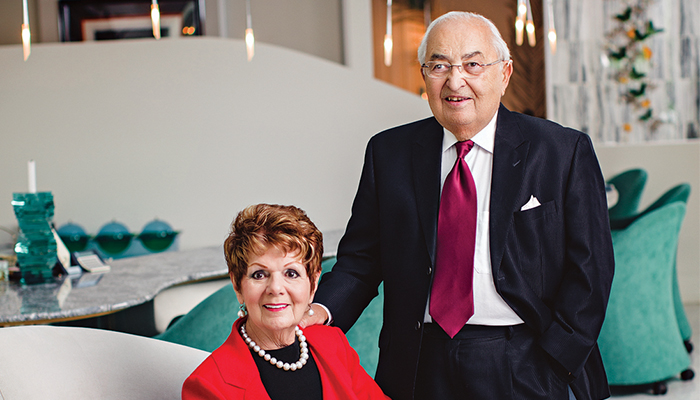 KEARNEY — The next generation of broadcast journalists coming from the University of Nebraska at Kearney now have additional support for their education and training with a gift of more than 0,000 from the John and Mary Mitchell family.

The family established the Mitchell Family Scholarship Fund for Broadcast Journalism as a permanently endowed fund at the University of Nebraska Foundation to honor Kearney native John Mitchell’s contributions to the broadcast industry, which included the operation of radio stations across Nebraska.

Students studying journalism or multimedia in the College of Fine Arts and Humanities’ Department of Communication who have financial need and career interest in the area of radio, television or video production will receive first eligibility for the annual scholarship awards.

“The Department of Communication deeply appreciates the support of the Mitchell family by providing scholarships for our students preparing for careers in journalism, broadcasting and multimedia,” said Ralph Hanson, chair of the department. “Their gift will add to John Mitchell’s lasting legacy for the media industry in Nebraska.”

UNK journalism students Erin Cuddy of Lincoln and Alyssa Sobotka of O’Neill are the first recipients of the Mitchell Family Scholarship and were awarded $1,750 each by the college.

“I am extremely grateful for this award, and it will be a great help to me this school year,” said Cuddy, who graduated from Pius X High School in Lincoln.

“I was thrilled upon reading the news I’d been selected,” said Alyssa Sobotka who graduated from O’Neill Public School. “Thanks for this honor.”

The gift from the Mitchell family also provides support to the university’s current fundraising initiative, the Campaign for Nebraska, which concludes Dec. 31, and includes a priority to increase giving for student scholarships.

The Mitchell family has enjoyed a history of philanthropic support for the university, including previous contributions to UNK’s Department of Communication for the Mitchell Communication Center and generous support for students and academic programs in the Department of Textiles, Merchandising and Fashion Design at UNL in honor of Mary Mitchell’s career contributions.

John C. Mitchell was born in Kearney in 1924 and graduated from Kearney State Teachers College, as did his sister and three brothers. While attending college, he developed an interest in and talent for broadcasting. He worked part-time seven days a week for four years as an announcer at KGFW radio station in Kearney before graduating in speech communications.

Mitchell then earned a law degree at Georgetown University before returning to Kearney to open a law practice. In 1953, he and his partners bought KGFW, which started his successful broadcast ventures.

In 1968, Mitchell and his family moved to Omaha where he established a law practice, managed his growing number of broadcast properties and started the Fort Calhoun Bank, as well as other businesses. He also enjoyed a long political career, serving or leading various public entities and Democratic Party organizations in and outside of the state.

John and Mary Mitchell were married for 62 years at the time of his death on February 28, 2014.

ABOUT NU FOUNDATION
The University of Nebraska Foundation is an independent, nonprofit organization raising private gifts to support the University of Nebraska for more than 78 years. Last year, donors provided the university with $258.1 million for scholarships, academic programs, medical and other research, faculty support and facilities. The foundation’s comprehensive fundraising campaign, the Campaign for Nebraska, ends on Dec. 31. For more information, visit campaignfornebraska.org.