KEARNEY – Cost is a major factor for many students when they’re deciding which college to attend.

For Seneca Hertel and her family, the price tag was a “really, really big deal.”

“I wanted, as much as I could, to not go into debt and not take out loans, so it was one of the biggest factors in choosing a college,” said Hertel, who attended T.F. Riggs High School in Pierre, South Dakota.

Then she learned about the University of Nebraska at Kearney and its New Nebraskan Scholarship. Announced last year, the scholarship provides a significant discount for all out-of-state undergraduate students studying on the UNK campus.

By paying the same tuition rate as Nebraska residents – $209 per credit hour instead of $455 – a full-time student taking 15 credit hours per semester saves more than $7,000 per year. That’s a 54% decrease.

“UNK became one of my top schools once I realized I could get the same tuition out of state that I could get by staying in state,” Hertel said.

Although she visited colleges across South Dakota, Hertel felt most comfortable at UNK, where she’s a freshman this fall.

“Kearney is a gorgeous town. They have a lot of parks and bike trails, and I like to be outside, so that was a huge factor that drew me toward UNK,” she said. “I also wanted to branch out and meet new people, which is easy to do here.”

Driven by the New Nebraskan Scholarship, a growing number of out-of-state students are choosing to pursue their college education at UNK.

The university’s first-time, full-time freshman enrollment increased 16% this year, including a 70% gain in out-of-state freshmen. The total number of undergraduates from states outside Nebraska is up 19%, with 46 states represented.

Kelly Bartling, vice chancellor for enrollment management and marketing, expects those figures to continue to climb.

“I think the sky’s the limit for where we could end up with the New Nebraskan Scholarship,” she said.

Students want a well-rounded, high-quality education, she said, and UNK offers that with more than 130 undergraduate majors and preprofessional programs that emphasize hands-on learning and real-world experiences.

“The No. 1 reason UNK is attractive is the quality,” Bartling said, a comment backed up by the university’s No. 6 ranking on U.S. News and World Report’s annual list of the best public regional colleges and universities in the Midwest. 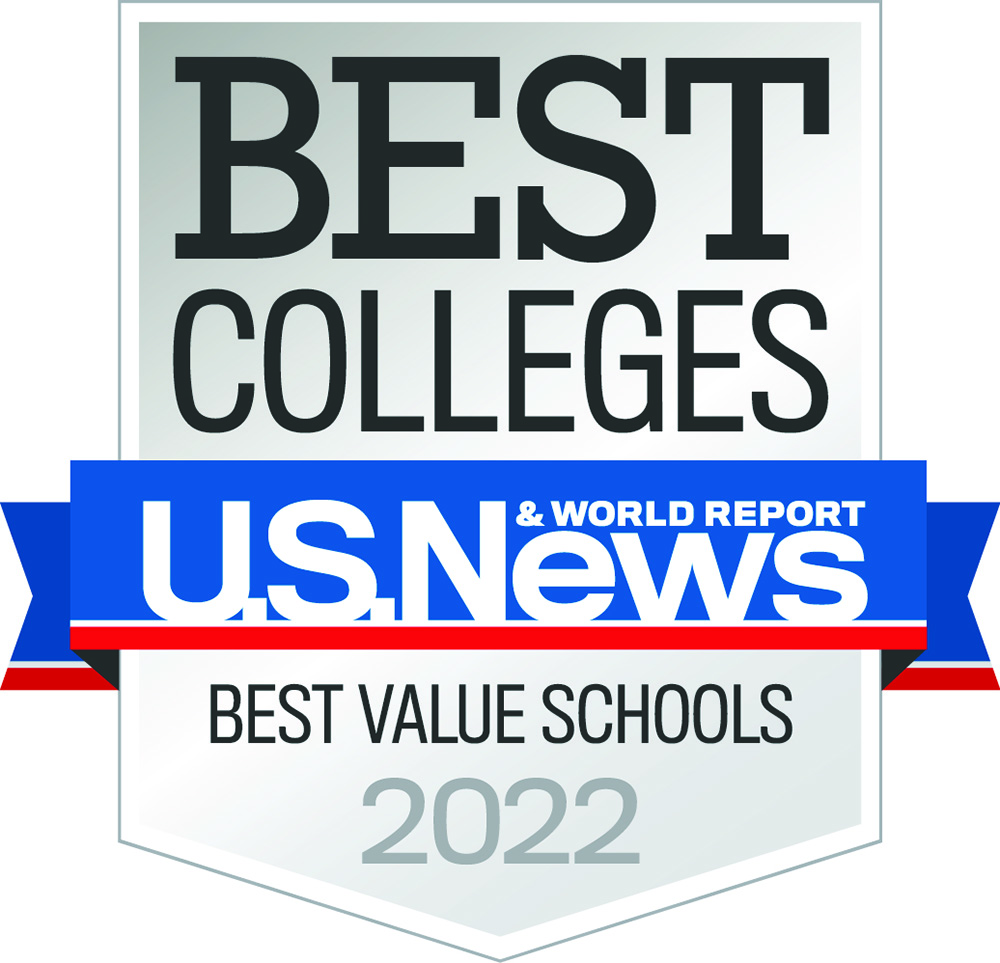 UNK also made U.S. News and World Report’s list of “Best Value Schools,” ranking No. 8 among all regional colleges and universities – both public and private – in the Midwest.

Already the most affordable Nebraska university, UNK will keep its tuition rates unchanged through at least the 2022-23 academic year while continuing to support students through financial aid. Nearly 90% of all freshmen received scholarships and/or grants in 2019-20, with the average award totaling $9,823.

“When I talk to prospective students and their families, they’re looking at total value,” Bartling said. “If they’re coming from states that have a relatively high tuition rate, those are the areas that we have a lot of opportunity in.”

Along with expanding access to a UNK education, the New Nebraskan Scholarship aims to address a growing workforce shortage in the state.

“Part of our mission is to serve Nebraska and workforce development,” Bartling said. “When we look at the opportunity we have as an institution to increase the number of students migrating to Nebraska to study, it stands to reason that many of those same students are going to choose to live here and work here following graduation.”

With a statewide unemployment rate hovering around 2% – the lowest in the nation – there are plenty of job opportunities available for UNK graduates.

Hertel, who is studying communication disorders with a special education minor, plans to pursue a career in speech-language pathology after earning her bachelor’s and master’s degrees.

Although she’s about five hours from her family back in Pierre, she’s never second-guessed her decision to attend UNK.

“I absolutely love it here,” she said. “I haven’t felt homesick at all. I’ve met a lot of new friends and I’ve enjoyed every activity I’ve been to. It’s been a lot of fun.”

In addition to her classes, which are “great,” Hertel is creating connections through the roughly 150 student organizations offered on campus. She attends Christian Student Fellowship on Tuesday nights and is very interested in the Outdoor Adventures program, which organizes kayaking and hiking trips and other excursions.

The UNK freshman “definitely” believes other out-of-state students should be looking at the New Nebraskan Scholarship.

“I think it’s totally worth it since you can get in-state tuition,” she said. “It’s a new adventure to go on.” 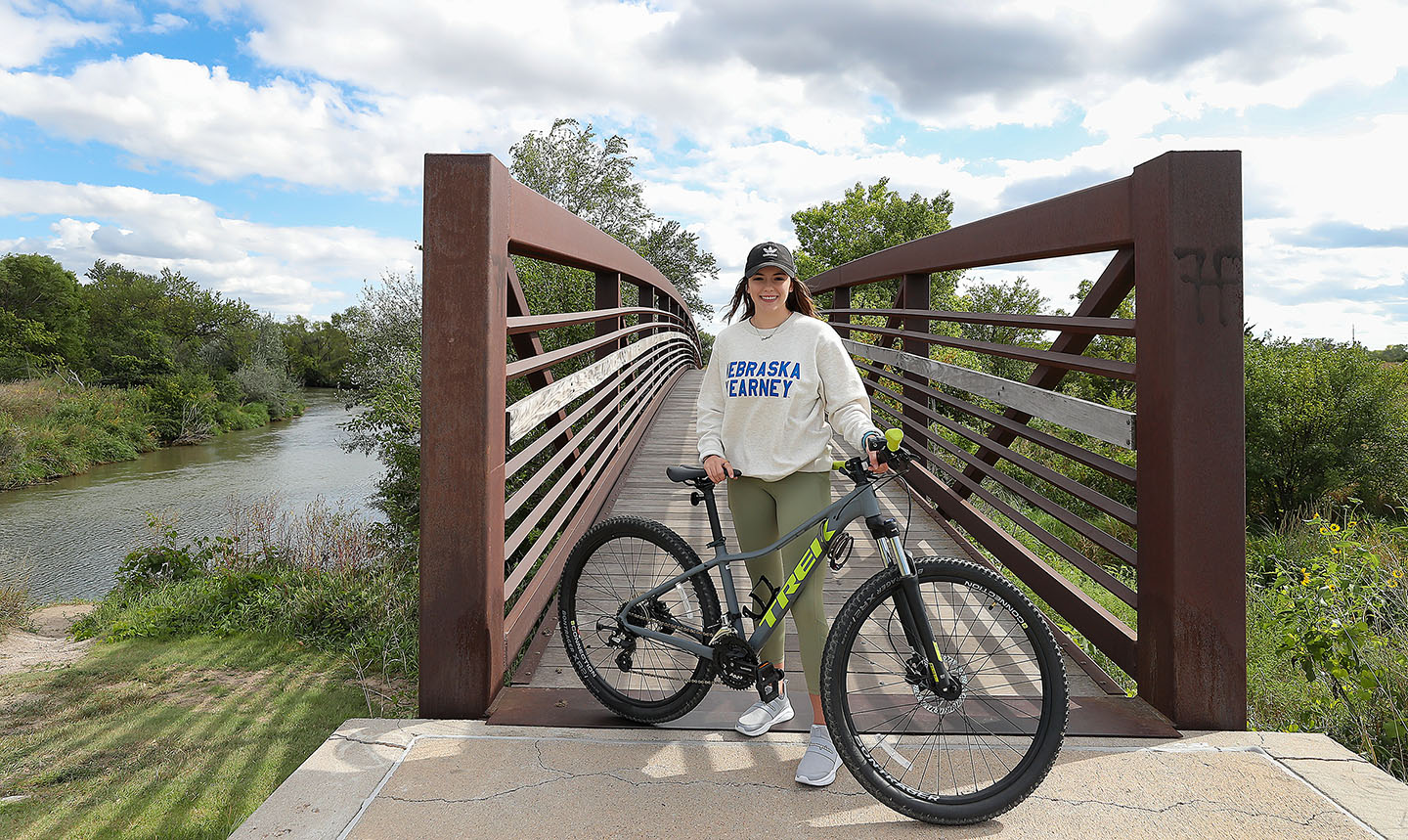