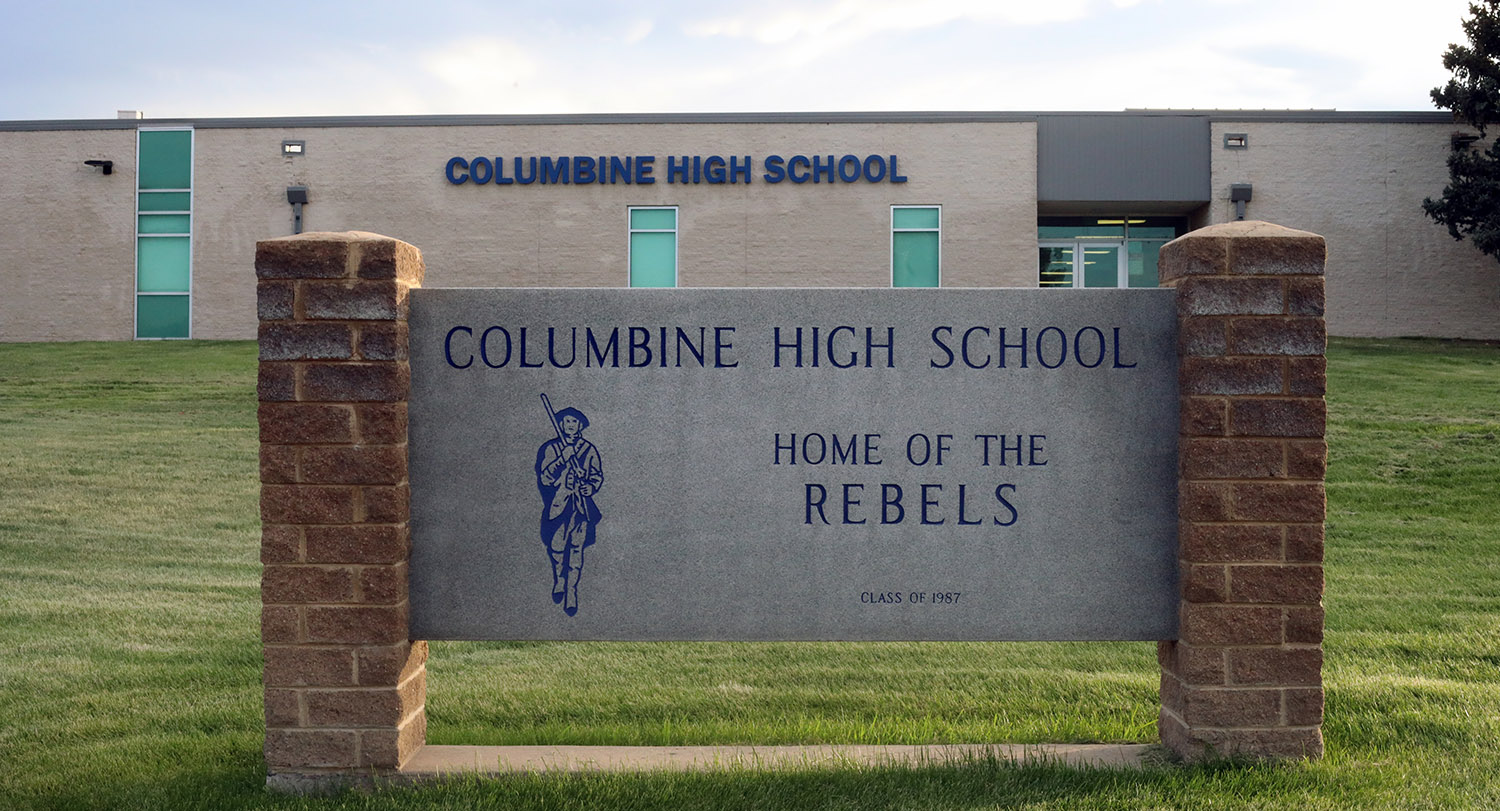 It was three days after prom and about a month before graduation.

Over, then an 18-year-old senior at Columbine High School in Littleton, Colorado, was excited to wrap up the academic year and move on to college. She had just received a basketball scholarship, so she stopped by Dave Sanders’ classroom that morning to thank her coach and teacher.

“I got to tell him I loved him and that he was just a big influence in my life,” Over said.

That was their last conversation.

A few hours later, as Over and other students ate lunch in the school cafeteria, two classmates opened fire outside the building. As the gunshots grew louder, it was Sanders who directed the students to take cover under the tables. Then, he told them to run.

“It was terrifying. I thought I was going to die,” said Over, who passed the bodies of victims as she fled toward the exit. She narrowly escaped as the shooters continued to fire into the crowd.

Thirteen people, including Sanders, were killed that day and more than 20 were wounded. It was the worst high school shooting in U.S. history at the time.

More than 20 years later, Over is still dealing with the trauma.

“Who I was on April 19 is drastically different than who I am after April 20,” she said. “My sense of innocence was gone. I had this newfound fear of death and loss and grief. It was a really tough road.” 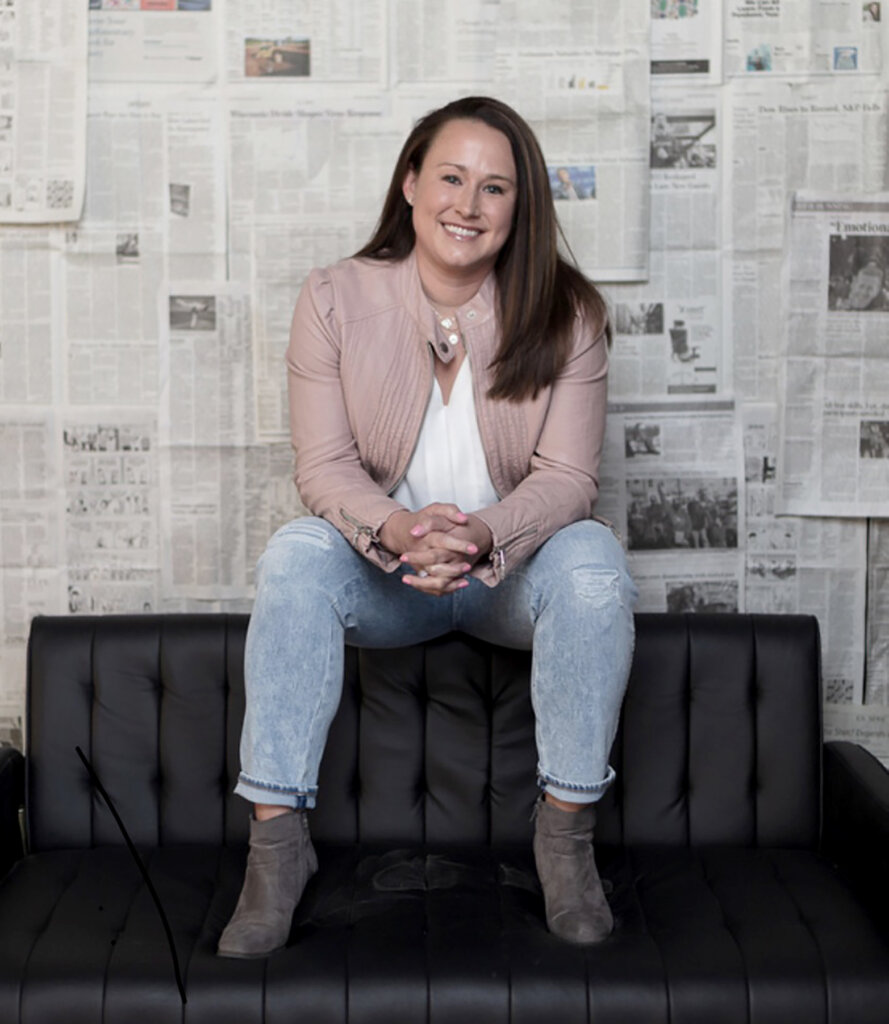 Over will share her story 7 p.m. Tuesday (Oct. 5) in the Nebraskan Student Union Ponderosa Room at the University of Nebraska at Kearney. The event, which is free and open to the public, also features Columbine survivor Zach Cartaya.

Their presentation is titled “Running the Marathon of Trauma Recovery.”

“That’s really what recovery is. It’s a marathon, not a race,” Over said. “When you go through a mass trauma, you’re kind of in it for the rest of your life.”

For Over, the road to recovery hasn’t been a straight path.

She never played college basketball, and she struggled with alcohol addiction for a couple years after high school.

“I didn’t go to therapy for a long time,” said Over, who began experiencing panic attacks and post-traumatic stress disorder when her oldest child started school.

Now, Over knows it’s OK to not be OK. She focuses on her mental health and works with a therapist who specializes in the treatment of mass shooting survivors.

Part of her healing also comes from helping others. She earned a bachelor’s degree in criminal justice with a human services minor and completed Level I trauma assistance training through the Colorado Victim Assistance Academy.

In 2015, Over joined The Rebels Project, a nonprofit that provides support for survivors of mass tragedy and trauma. The organization was formed by Cartaya and other Columbine survivors following the Aurora, Colorado, theater shooting in 2012.

In her role as director of fundraising and Project Journey coordinator, Over makes sure survivors have long-term funding for mental health and counseling services.

“Mass shootings aren’t stopping, and they’re not going to stop. But what I can do is be proactive and ensure help is available for those who need it,” she said.

Over also hosts the “Confronting: Columbine” podcast, an experience that allowed her to revisit her past in a positive way. By speaking with fellow survivors, investigators, reporters and other important voices, Over provides a first-person account of the tragedy for listeners while addressing her own unanswered questions.

“There were certain things I wanted to know,” she said of the podcast. “It just kind of closed that door for me.”

Over currently lives in Parker, Colorado, with her husband Curt, their two children and her niece and nephew.

She may not be the same person she was on April 19, 1999, but she hopes the new version can serve as inspiration for others.

“You can come out of this and be OK,” Over said. “That’s really the message I want to convey.”

Mental health counselors from UNK Counseling will be available 9 a.m. to noon and 1 to 4 p.m. Thursday (Oct. 7) at the Nebraskan Student Union atrium, College of Education lobby, Mantor/Randall residence halls and Campus Recreation.

Students can stop by any of these locations to take a free, confidential mental wellness screening. Each screening takes about five minutes. Appointments aren’t required.

More information and resources can be found on the UNK Counseling website.