The Overton native was sleeping in that morning, instead of attending class at Central Community College in Hastings, when his alarm clock radio delivered the horrific news.

America was under attack.

Blythe raced to campus, where he watched the tragedy unfold on a TV in the student union.

Four commercial airplanes were hijacked by terrorists. Two of them struck the World Trade Center in New York City, collapsing the north and south towers. Another targeted the Pentagon in Arlington, Virginia, and the fourth crashed in a field near Shanksville, Pennsylvania, after passengers and crew members tried to regain control of the aircraft.

In that moment, as he struggled to comprehend the deadliest terrorist attack in U.S. history, Blythe knew what he had to do. 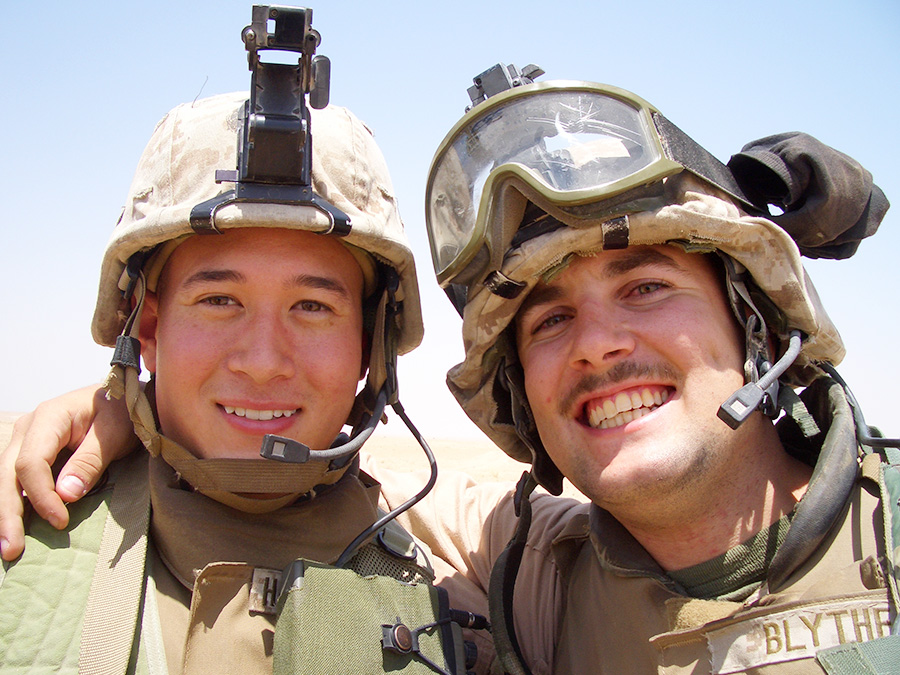 After he was turned away from the National Guard Armory that day – you can’t just show up on their doorstep, he learned – Blythe went through the proper channels to enlist in the U.S. Marine Corps. He completed boot camp in San Diego in January 2003 and spent his first year stationed in Okinawa, Japan.

Following a training mission in Australia, Blythe wanted to serve with the next unit scheduled for deployment. He arrived at Marine Corps Air Station Miramar in California on Aug. 1, 2004, and departed for Iraq less than three weeks later.

“It was pretty crazy,” said Blythe, who completed roughly 260 missions and was part of Operation Phantom Fury, a joint effort by American, Iraqi-government and British forces to drive the Iraqi insurgency out of Fallujah.

He wanted to make the military his career, but a pre-deployment health assessment changed that plan. In 2008, Blythe was diagnosed with a traumatic brain injury and post-traumatic stress disorder. He sustained the injury in October 2004 when his vehicle was hit by an improvised explosive device while crossing an overpass.

“I guess it took that long before some of the symptoms started to appear,” said Blythe, who retired from the military in August 2013.

Blythe worked in law enforcement in central Nebraska for nearly eight years while running his own landscaping business, Patriot Gardens.

Although he still landscapes on the side, he wanted to find a career that allowed him to spend more time with his wife Jocelyn and children Haven, Ariana and CJ, who range in age from 3 to 11.

In fall 2019, at age 37, he enrolled in classes at the University of Nebraska at Kearney with assistance from UNK Military and Veterans Services and educational benefits through the Post-9/11 GI Bill.

“(Military and Veterans Services Assistant Director) Lori Skarka is kind of a VA paperwork guru. She does everything for all the veterans on campus,” said Blythe, who was able to transfer credits he earned through online courses.

As president of the Student Veterans Organization, Blythe is another resource for fellow veterans attending UNK. The group was established in January 2019 to support veterans, those currently serving and other military-connected students.

“We want to let them know there are other people on campus in the same shoes who they can reach out to,” Blythe said.

Additionally, Blythe was part of the conversation that led to the creation of UNK’s new Military and Veterans Student Center, which is opening this fall in West Center Room E217, near the Army ROTC office.

Featuring a student lounge with remote-meeting technology, the center will serve as a space where military-connected students can relax, study and network. It will also be a hub for Military and Veterans Services, with student workers and Skarka available to assist with federal programs, campus resources and career services. The University of Nebraska Medical Center is a partner on the project, which will promote opportunities for military students to pursue nursing careers.

Blythe was a campus tour guide during the spring semester – “That was a lot of fun,” he said – and he completed a summer internship with the Tri-Basin Natural Resources District in Holdrege. He’s a member of the SALUTE Veterans National Honor Society and Gamma Theta Upsilon international geography honor society.

The UNK senior, who is studying geography-GIS with a biology minor, recently received the prestigious Rechlin Scholarship, one of just five scholarships awarded annually by Gamma Theta Upsilon to members from across the country. The Rechlin Scholarship is presented to a junior or senior with career or graduate school aspirations in geography.

Blythe will graduate from UNK in December, then he plans to work full time while pursuing a master’s degree online.

“I’ve always joked with my kids that I was going to graduate before I’m 40, so I gave myself one semester of leeway,” he said with a smile.

For more information on the Student Veterans Organization, email blythel2@lopers.unk.edu 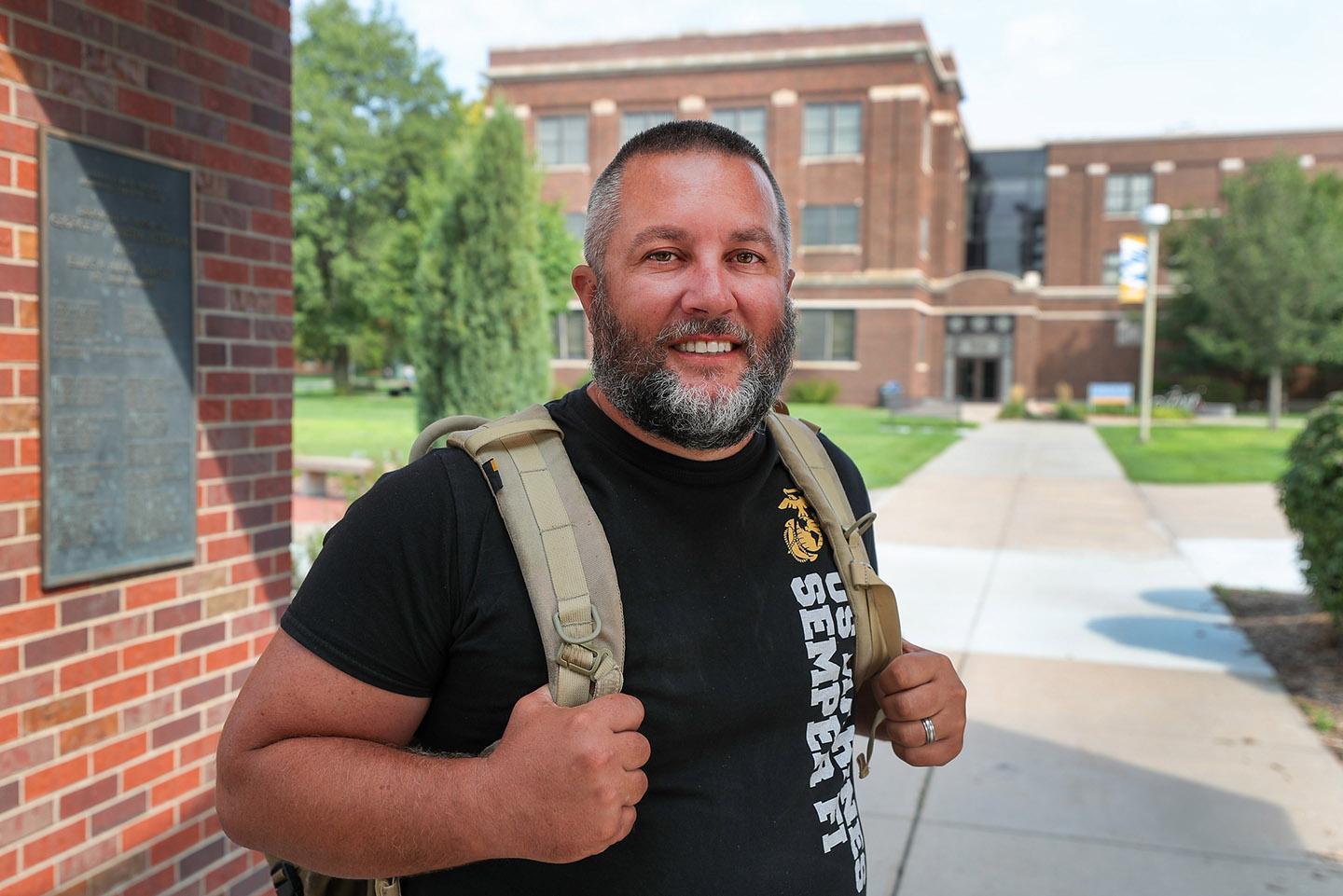