You are here: Home / Archives for Student Veterans Organization 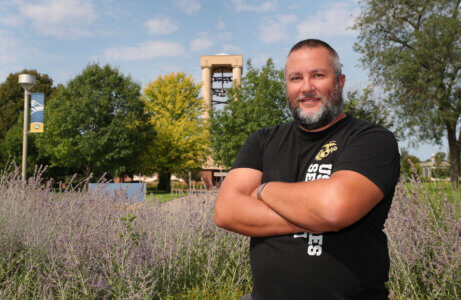 By TYLER ELLYSON UNK Communications KEARNEY – Lance Blythe was a 19-year-old college freshman on Sept. 11, 2001. The Overton native was sleeping in that morning, instead of attending class at Central Community College in Hastings, when his alarm clock radio delivered the horrific news. America was under attack. Blythe raced to campus, where he watched the tragedy unfold on a TV in the student union. Four commercial airplanes were hijacked by terrorists. Two … END_OF_DOCUMENT_TOKEN_TO_BE_REPLACED 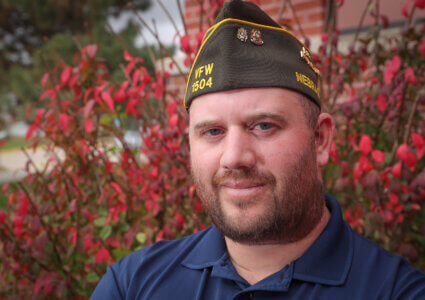 By TYLER ELLYSON UNK Communications KEARNEY – Jason Baker understands the challenges veterans face when they transition from military to civilian life. He served eight years in the U.S. Army, with deployments to Iraq and Afghanistan, and three years in the Nebraska Army National Guard before enrolling at the University of Nebraska at Kearney. The North Platte native was 35 years old when he arrived on campus in August 2018. “The transition was very daunting,” he … END_OF_DOCUMENT_TOKEN_TO_BE_REPLACED