KEARNEY – Alexis Sander may be small in stature, but she has a big personality.

The University of Nebraska at Kearney student stands out in the world of sports broadcasting, where her talent can’t be overlooked.

A lifelong sports fan, Sander has worked in the business since high school, when she decided to end her playing days.

“Everybody else grew, and I didn’t,” the 5-foot-2 college junior said with a smile.

Although she was no longer competing in athletics, the Gothenburg native found another way to continue pursuing her passion. Gothenburg Public Schools broadcasts its home events through the website striv.tv, and Sander started announcing basketball and volleyball games for the online audience. She also served as a public address announcer for junior high football games.

That experience led to a part-time position with UNK’s radio partner, KRVN in Lexington, where she’s worked since 2017.

“It all just seemed to work out,” said Sander, who started as a board operator for KRVN before landing her own show, “Overnights with Alexis,” which airs midnight to 6 a.m. Saturdays and Sundays on 93.1 FM The River.

Clark, the general manager of UNK’s campus radio station, KLPR 91.1 FM, first met Sander when she visited campus in April 2019. She was looking for a college that offered a sports communication major, as well as hands-on learning opportunities.

“I wanted to find a place where I could get the experience and everything I need to go out and perform when I graduate,” Sander said. Many smaller colleges don’t have on-campus radio studios, and students attending larger universities usually don’t get on the air as underclassmen, she noted.

That wasn’t the case at UNK.

Clark gave Sander a chance to call American Legion baseball games for KLPR that summer, before she took a single college class.

“I knew she was coming here, and I knew she was good,” Clark said. “That’s kind of what we’re all about here is giving people their shot.”

The UNK instructor recognized Sander’s talent and ambition right away. He calls her “an absolute bundle of energy,” someone who works hard and always has a smile on her face.

Jayson Jorgensen, a play-by-play broadcaster and sports director at KRVN, had the same first impression. He describes Sander as “a bubbly hurricane of personality.”

“She’s very unique. She definitely has her own style,” Jorgensen said.

As a board operator, Sander has worked with Jorgensen during countless high school and UNK athletic events, but they’ve never announced a game together. When she asked him to critique her KLPR broadcasts, Jorgensen didn’t cut her any slack.

“I was pretty hard on her. I got after her on some things I thought she needed to improve upon,” he said.

Sander’s response earned his respect. Instead of getting mad, she listened to his advice and focused on getting better.

“She really impressed me with the way she handled that, because a lot of people can’t,” Jorgensen said.

Sander has been a regular on KLPR over the past two years.

She called UNK volleyball matches with Madison Reiber during her freshman year in 2019, when the Lopers reached the NCAA Division II championship. Last academic year, she announced volleyball and women’s basketball, which earned a spot in the Division II national tournament for the first time since 2009.

“I really like that we have such good athletic programs and we’re able to experience good broadcasting because of that,” Sander said. “Not every school has that.”

And it’s not just the sports teams that are bringing home trophies. 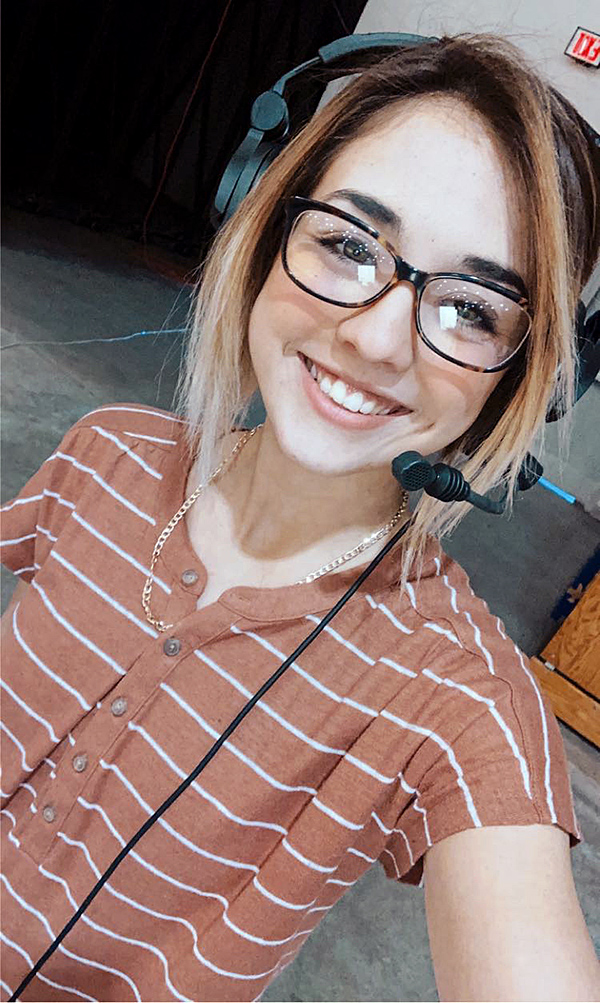 Sander has her own hardware to display after she won the “Best Live Sports Event” category in the college division of the Nebraska Broadcasters Association’s annual Pinnacle Awards. Presented last month, Sander received the honor for her broadcast of the April 3 home volleyball match against Washburn.

“I think that’s pretty cool, because from a young age I’ve wanted to break the broadcasting world for women,” Sander said. “I told myself that was my goal in college, I need to break something, so I did. I kind of broke that ceiling just a little bit.”

In addition to her role as an announcer, Sander co-hosts a weekly sports talk show with fellow UNK students Canon Rath and Grant Tighe. “Throwin’ Lopes” airs at 4 p.m. Wednesdays on KLPR.

She works about 15-20 hours a week for KRVN and will call Holdrege Dusters volleyball for KUVR, a Holdrege-based radio station, this fall.

“That experience is really valuable because I’m learning things about the radio world outside of college that not a lot of people are going to get, unless they actually go out and do it,” Sander said. “That’s one thing I want to build, so that way when I graduate I can just transition into whatever position I’d like to go into.”

The 20-year-old loves working in radio, but her dream job is covering games for a major TV network such as ESPN, Fox Sports or the Big Ten Network.

“Maybe one day I’ll be the next head announcer for the UNK Lopers. You never know. I’m just waiting to see what’s going to happen,” she said.

No matter where she ends up, Clark knows Sander will succeed.

“She has a very bright future,” he said. “She has the ability to go a long, long way in this business.” 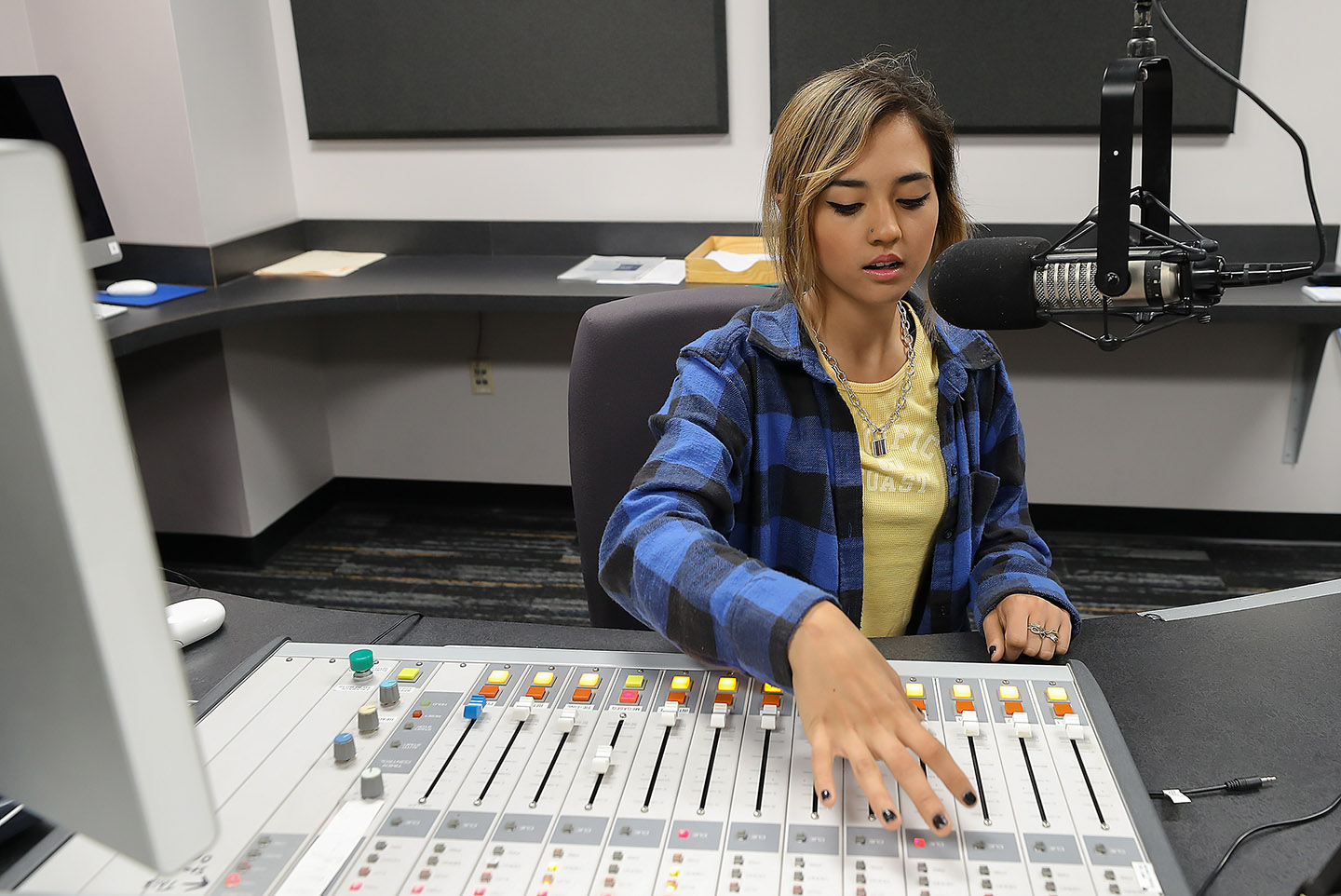