KEARNEY – The Scottsbluff High School students were up well before sunrise Friday to make the four-hour trip.

Dressed in matching Math Club shirts, they boarded a bus headed to the University of Nebraska at Kearney, where they were greeted by members of UNK’s Department of Mathematics and Statistics.

As the students gathered outside the Nebraskan Student Union, they were asked a simple question.

“How many of you have been to UNK before?”

Only a few of the 24 teens raised their hands.

“We want to get students on campus whenever we can,” said associate professor Amy Nebesniak. “When we heard there were students coming to Kearney for a math competition, why wouldn’t we take the opportunity to show them our amazing campus and all the great things UNK has to offer?”

The department’s plan, developed after a meeting focused on student recruitment and retention, was fairly straightforward. All they needed to do was come up with a two-hour event piggybacking the math competition Kearney High School hosted later that day.

The result was a scavenger hunt, created by students in the UNK Math Club, that tested the high schoolers’ math skills while introducing them to the university.

Joined by five students from Kearney High, the Scottsbluff Math Club members worked in teams to solve problems that took them to various locations on campus. At each location – the student union, Bell Tower, Learning Commons, a residence hall and academic buildings – they scanned a QR code to check their work. A correct answer sent them to their next destination.

As the students made their way across campus, graph paper and pencils in hand, UNK math faculty and majors played the part of tour guide, discussing the university and college life. They also ate together in The Market @ 27th dining hall before the students departed with swag bags filled with UNK-branded items, candy and information on academic programs and scholarships.

For Talera Kinsey, the experience was well worth the long journey.

The Scottsbluff High School senior loves math – her earrings shaped like the pi symbol make that clear – and she’s interested in attending UNK, where she has another visit scheduled for next week.

“It was a lot of fun,” Kinsey, who plans to study secondary math education in college, said of the event. “I loved the scavenger hunt and I loved getting to see the campus. I thought it was a really interesting spin on a scavenger hunt.”

Many students in the western Nebraska city don’t get a lot of opportunities to visit university campuses, according to Scottsbluff High School math teacher Shelby Aaberg, who noted that the closest four-year college is 100 miles away.

He believes trips like this are important because they get high schoolers thinking about higher education and their future plans.

“We want to give kids a positive experience on a college campus,” Aaberg said. “We want them to know what it feels like on a beautiful day in the fall to walk around campus and picture themselves going to these buildings, going to classes and being a part of that experience.”

Of course, the day also included their first math competition of the fall, which also happened to be the first-ever mathleague.org event hosted by Kearney High.

“That’s the reason we drive such a long way,” Aaberg said. “We don’t have those types of opportunities on our end of the state.”

Nebesniak and other members of the math department’s recruitment and retention committee know how important it is to connect with high schools across Nebraska, even if it’s only for a couple hours.

“Those relationships could lead to a number of collaborations down the road,” she said. 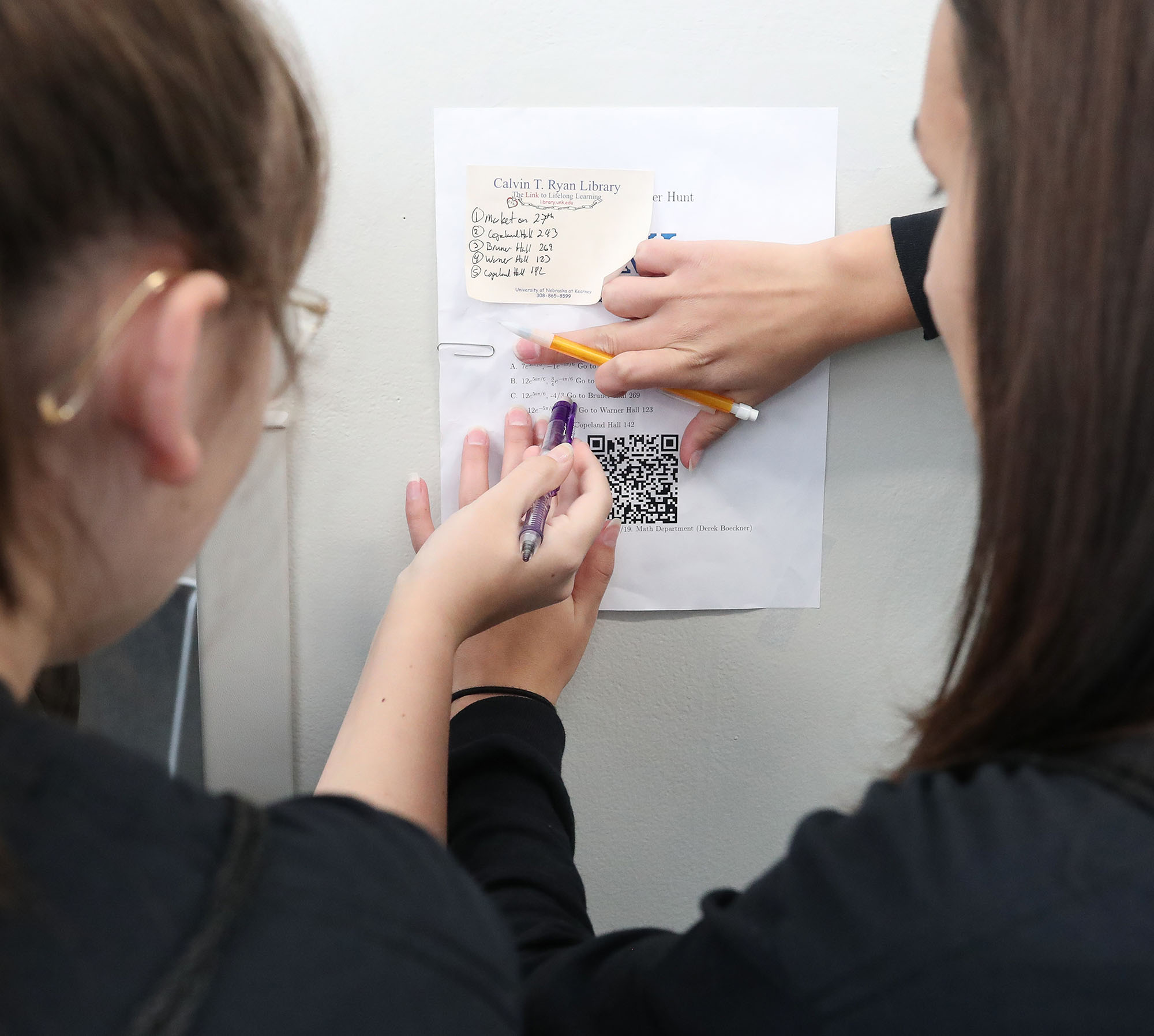 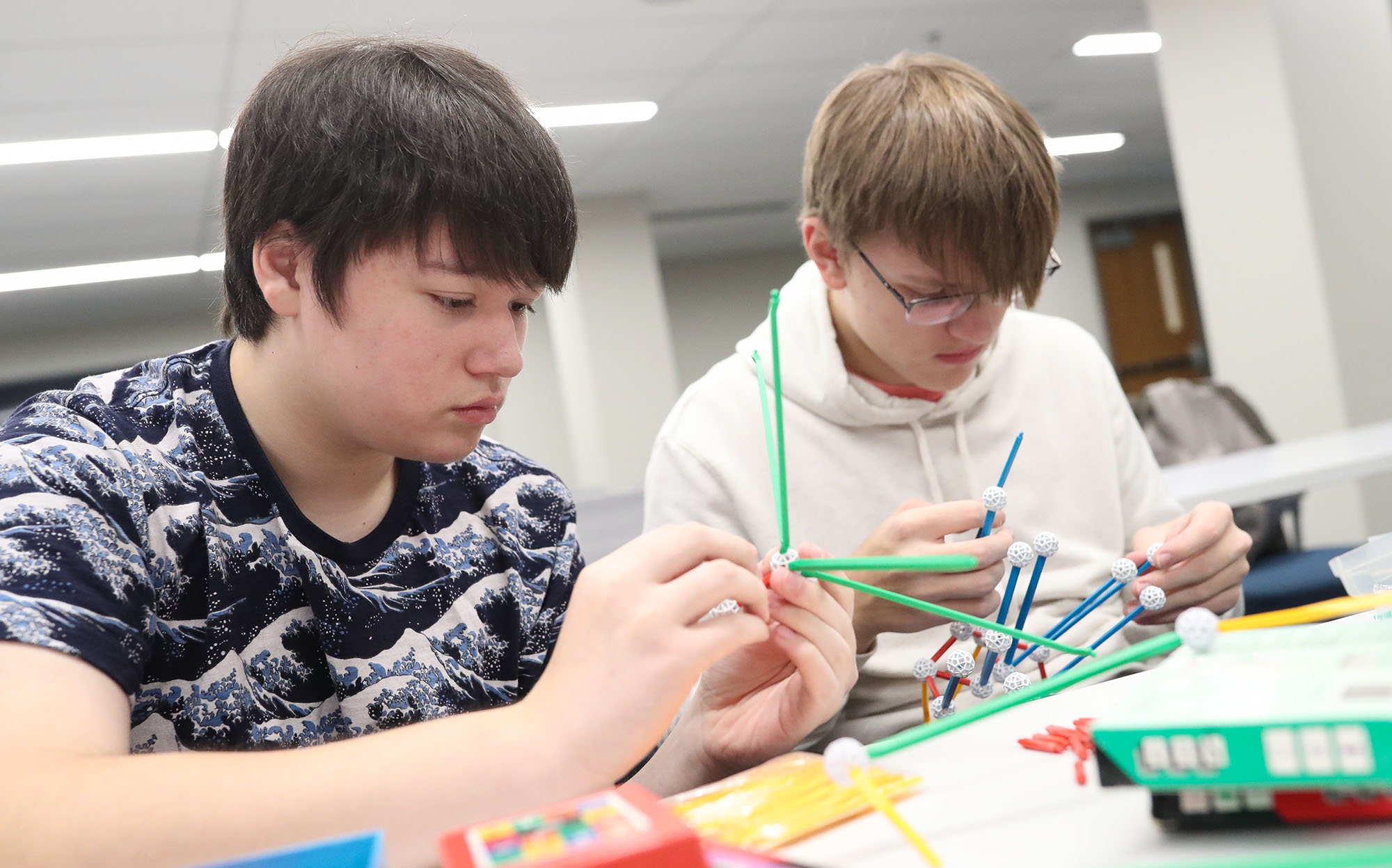