KEARNEY – The University of Nebraska at Kearney Wind Ensemble will perform Friday (March 1) during the Nebraska State Bandmasters Association annual convention in Lincoln.

It’s the first time a UNK band has been selected to play at the event since 2003.

“Being selected to present a concert at this year’s NSBA conference is a milestone for our band program and a very high honor,” said Duane Bierman, UNK director of bands. “Fifteen years have passed since a band from UNK has been selected to perform at this conference, so I’m very proud of what the students have accomplished.”

The Wind Ensemble, selected through a blind audition based on the strength of concert recordings, will perform 8 p.m. Friday in Kimball Recital Hall on the University of Nebraska-Lincoln campus. The concert, which is free and open to the public, includes trombone soloist Cal Switzer and a guest conducting appearance by Brian Alber, UNK assistant director of bands.

Switzer, a UNK junior from Gretna, will play the first movement of Johan de Meij’s “T-Bone Concerto.” The movement is titled “Rare.”

“I am very honored to be performing this piece with the UNK Wind Ensemble,” the K-12 music education major said. “It’s a chance to represent UNK and give back to the school that has given so much to me.”

Alber will lead the Wind Ensemble during “Reminiscence” by composer Kathryn Salfelder.

“Conducting this work at the NSBA convention is an opportunity to highlight quality wind band repertoire that high school and middle school directors around Nebraska could program with their own bands,” Alber said.

“This is a great way to recognize the good that comes from connecting through shared interests,” Bierman said. 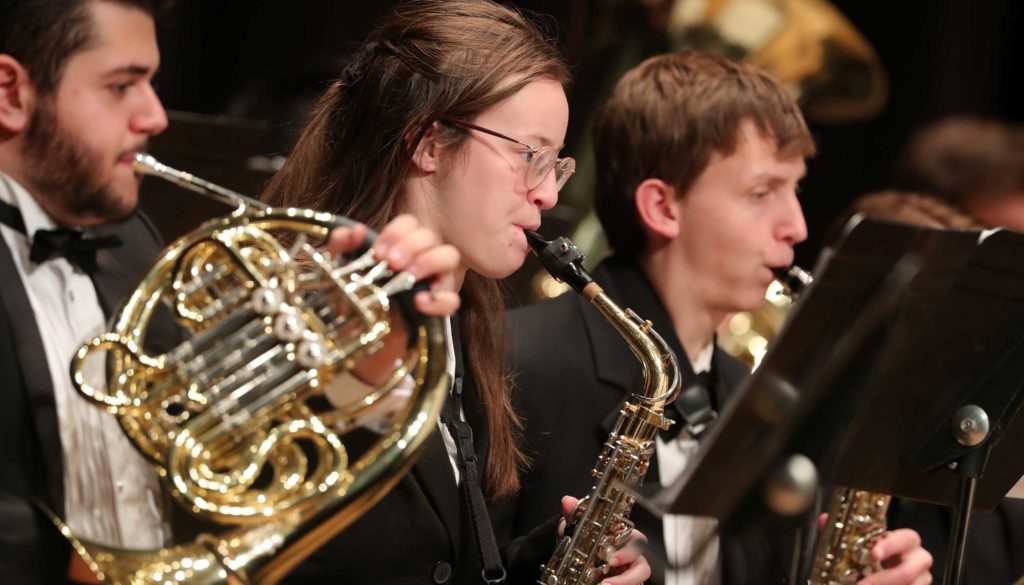