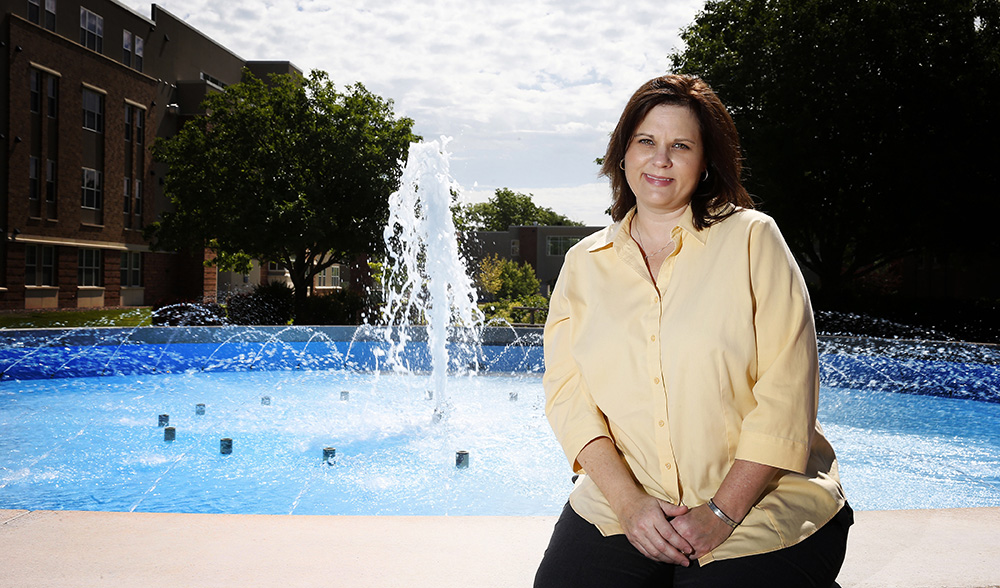 Miechelle McKelvey’s stroke patient, a farmer and rancher, wasn’t interested in the generic flash cards she used during his speech therapy.

Hoping to help him succeed in therapy, McKelvey took a trip to the local farming supply store in search of items that would be of interest to her patient. She then created flashcards using photographs of farming and ranching tools and equipment.

physical effects of stress on the body

“When he saw those, he lit up,” she said. “He was more enthusiastic about me coming in for therapy. That’s when it clicked with me that personalization was the key.” 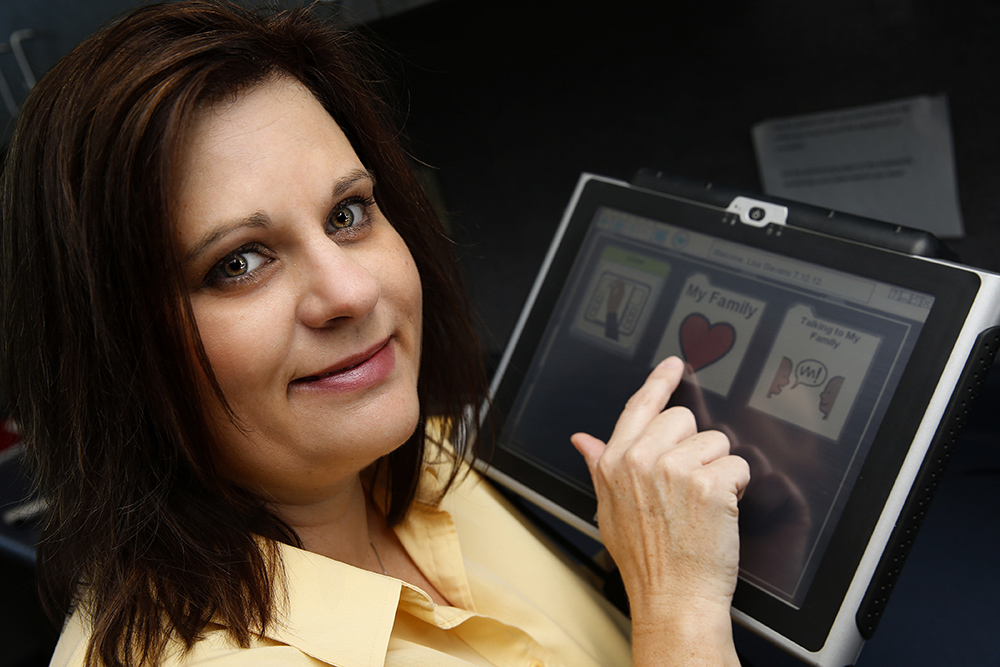 McKelvey, an associate professor of communication disorders at the University of Nebraska at Kearney, eventually began researching augmentative and alternative communication, which includes all forms of communication – other than oral speech – used to express thoughts, needs, wants and ideas.

Augmentative and alternative communication (AAC) is used when we make facial expressions or gestures, use symbols or pictures, or write, according to the American Speech-Language-Hearing Association.

People with severe speech or language problems rely on AAC to communicate.

“I saw a lot of patients really struggle to get communication back, and I started experimenting with paper communication books and some different ways to get them to interact with family members and staff.”

With a newfound interest in developing easier ways for people to communicate, McKelvey enrolled at the University of Nebraska-Lincoln to earn her Ph.D.

There, she began her research on AAC systems, and made it the focus of her dissertation.

While working on her doctorate, McKelvey started as an adjunct professor at UNK in 2005. She became a full-time professor in 2007. It was at UNK where she began teaching students about Visual Scenes Displays, a program that helps adults who have had a stroke or other communication disorders navigate AAC systems.

benefits of yoga for stress

“A large part of what older people communicate about is their family and surroundings,” McKelvey said. “One of the most natural ways to help them communicate is by using a picture of their grandkids or family.”

“A lot of my patients were still going to those things, but they weren’t necessarily participating communicatively. They were passive bystanders. Finding a way for them to communicate in those situations made a big difference.”

Visual Scenes Displays began at Pennsylvania State University but expanded to adult populations at the University of Nebraska-Lincoln while McKelvey was there working on her Ph.D.

She was part of the research team that developed the software and programming, completed research projects and published papers, including her dissertation.

“AAC is anything that we do to augment someone’s understanding and their expression. That can be through written word, photographs, gestures or even a computerized device.”

There are many tools available to help people with communication problems get their message across to others. Visual scene displays are one tool that may be useful to people who have difficulty using line drawings and words alone to communicate. The ability to use line drawings requires that a person attach meaning to symbols that are quite abstract at times. Visual Scenes Displays capitalize on personalized and familiar images that require less interpretation to be used.

“Aphasia is a disorder of language, it’s not a disorder of intelligence. It affects an individual’s ability to read, write, speak and understand what others are saying and therefore the ability to communicate. The key is to find strategies that support how they can communicate after the stroke rather than focusing on their lack of speech,” McKelvey said.

Aphasia is a disorder caused by damage to the parts of the brain that control language.

McKelvey received the Optimal Augmentative and Alternative Communication Technology for Individuals with Severe Communication Disabilities training grant from the National Institute of Disability and Rehabilitation Research to focus her research at UNK on AAC assessment.

Most speech language pathologists and students graduating with a degree in communication disorders have a broad base of knowledge. Many of those individuals don’t have specific AAC experience, McKelvey said.

McKelvey is focusing on four populations with communication disorders: autism, cerebral palsey, ALS (amyotrophic lateral sclerosis or Lou Gehrig’s disease) and aphasia. Through interviews, she is discovering what experts and specialists do during an AAC assessment. She and her partners will then design a protocol for general speech language pathologists to use when assessing patients for AAC systems.

“There’s a big difference between what specialists and researchers do during AAC evaluations compared to what a general practitioner does. There’s a wide gap, and we want to make sure that gap is narrowed.

“It creates a better assessment tool for general speech language pathologists, which will ultimately result in better services for clients.”

Born in North Platte, McKelvey understands the needs of rural communities. Many patients receive their initial care in a large city like Omaha but need therapeutic services in their hometowns in a rural area. The shortage of medical providers who specialize in communication disorders in rural areas makes getting patients the care they need challenging. 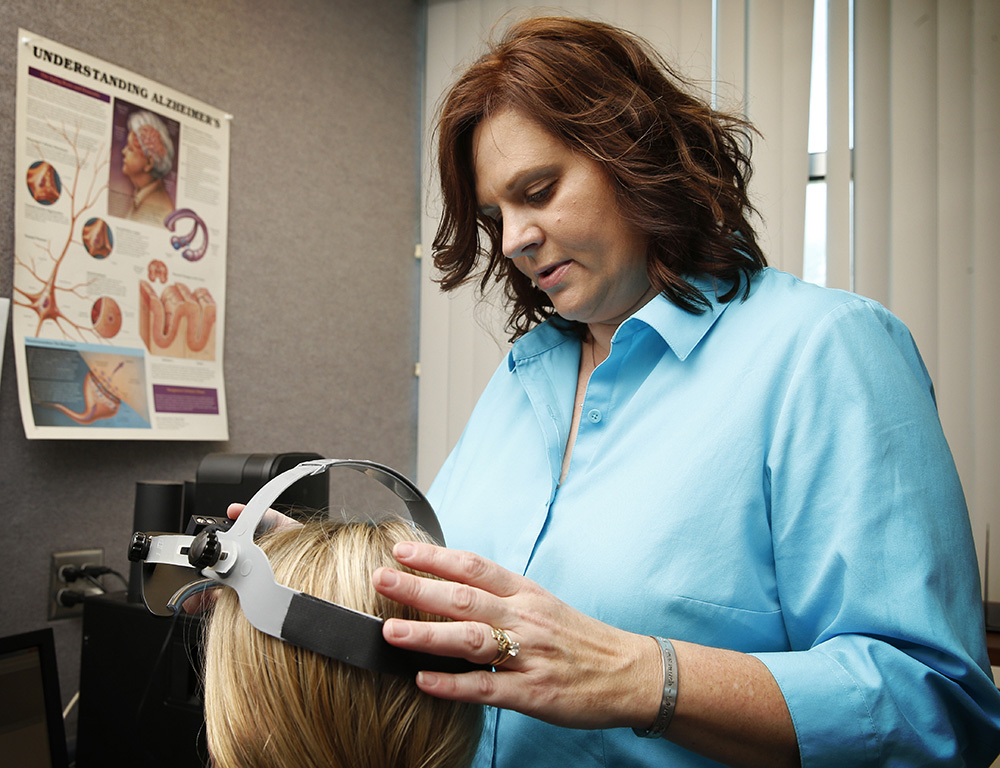 Sending student interns from UNK to rural areas, she said, helps encourage students to stay in rural areas to work after college.

“When our students get jobs in those areas, we know we have a resource there because our students have experience in AAC,” she said.

Growing up in a small town has enabled her to connect with her patients. While working as a speech language pathologist before earning her Ph.D., McKelvey often treated patients from rural areas.

“I can talk railroad, car racing, farming and ranching with my patients,” she said. “When I started personalizing treatment materials for my patients, I saw a difference in how they reacted.”

McKelvey decided to study speech pathology while working as a paraprofessional at a developmental preschool in Wichita, Kan.

Patricia Potthoff, a speech pathologist at the preschool, encouraged McKelvey to pursue a career in the field after seeing her work with children with autism.

“Miechelle just did a really fine job with them. She had a lot of patience, she followed through with suggestions I gave, and she just had a heart for the kids,” Potthoff said.

“I remember turning to her and saying, ‘Have you ever thought about being a speech pathologist?’”

The two would eventually work together again – Potthoff is now a communication disorders lecturer at UNK.

During her coursework, she discovered that she had a passion for working with the elderly population.

“They’re just fantastic people – the history that they have, their stories, their words of wisdom. I have always enjoyed working with that population.”

As an only child, McKelvey spent a lot of time with her grandparents and other adults. “I’ve always been comfortable around older people.”

“She’s just a real asset to the department and certainly has impacted students in a lot of different ways, from the little ones way back when to the adult learners who will go out and make a difference.” 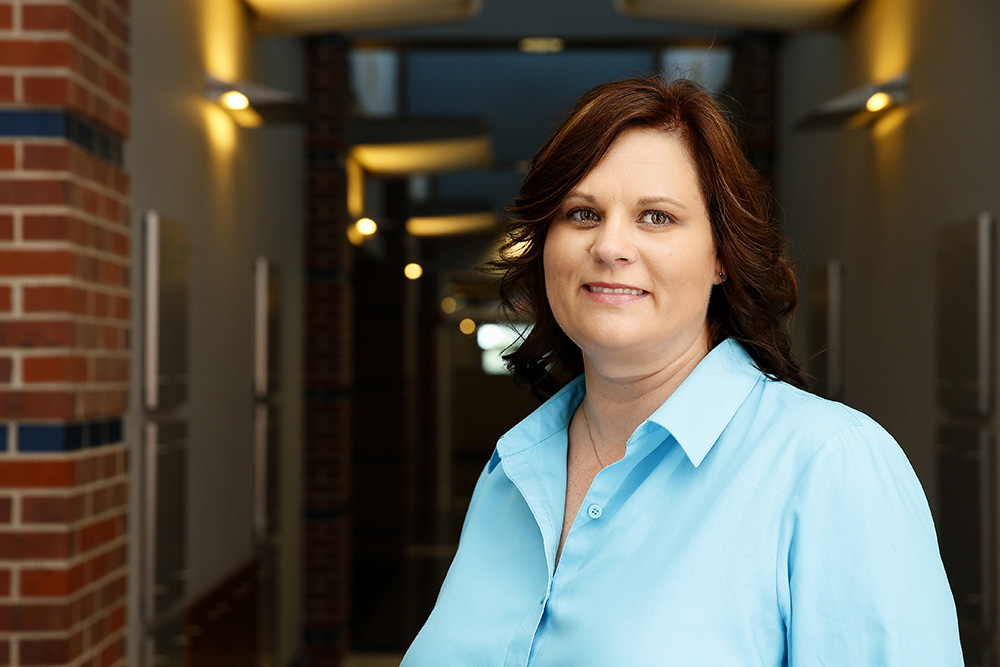