KEARNEY – Eight University of Nebraska at Kearney alumni will be recognized by the UNK Alumni Association during homecoming activities in September.

The 35th Distinguished Alumni Awards Ceremony is Sept. 19 and begins with an 11:30 a.m. social, followed by the noon program and luncheon at the Ponderosa Room in the Nebraskan Student Union.

Tickets are $20 per person and can be purchased at www.unkalumni.org/homecoming or through the UNK Alumni Office at 308-865-8474.

Travis Hollman (2000) and his wife, Angela Emrick-Hollman (2001) of Kearney, will receive the Young Alumnus Award. 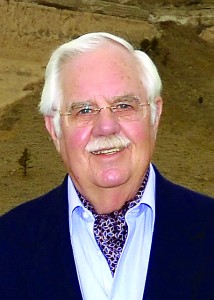 Hippe is a retired district judge from Nebraska’s 12th District, a position he held for 30 years before retiring in 2007. In retirement, he joined the Pahlke Law Group as a staff litigator. He also maintains a separate mediation service. 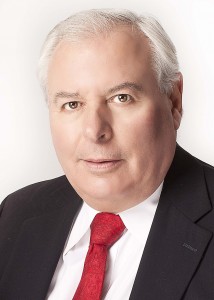 Jacox, who earned a Master of Education degree in psychology and doctorate in community and human resources from the University of Nebraska-Lincoln, served in numerous positions at the Martin Luther Home in Beatrice and Bethphage in Axtell.

From 1980 until 2008, Jacox served as president and chief executive officer of Bethphage and Mosaic after the two consolidated in 2003. From 2008 to 2010, he was CEO of Spectrum Medical in Omaha, a subsidiary of Mosaic.

Among his awards are the Excellence in Advocacy Award from Bethphage Fund Latvia, ARC of Nebraska Citizen of the Year and Association of Lutheran Development Executives Outstanding Executive of the Year. The Mosaic leadership conference was named the David A. Jacox Leadership Conference in 2008.

His career also includes service on a variety of state, regional and national boards in his field. 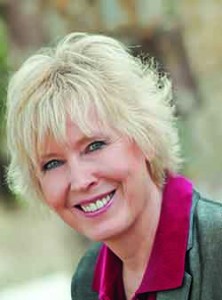 Vaughn has an extensive background in computer science technology. She is president of Metargy Inc., currently supporting Vanderbilt University Medical Center. She is also author of “The Gruntled Employee: A Holistic Approach to Creating Happiness and Success at Work,” which provides training programs for individuals and organizations to be happier and more successful.

For a number of years prior, Vaughn worked for Computer Sciences Corp., where she managed 1,200 employees and was responsible for a $150 million annual profit center. During that time, she was an account executive for Internal Revenue Service, United States Postal Service, Nuclear Regulatory Commission, DuPont, BHP Billiton, AT&T and Sun Microsystems.

Her career also includes work with ETA Technologies, where she was responsible for ensuring quality systems in place for technology developed to support NASA and the U.S. Air Force.

Vaughn has been honored with excellence awards for service provided to AT&T and Sun Microsystems.

She volunteers with veteran support groups that support service members, veterans and their spouses by conducting Gruntled University Development, Personal Empowerment and Relationship Management workshops. She currently provides workshops to homeless veterans and those with traumatic brain injuries. 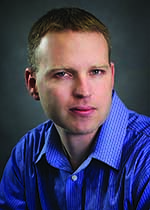 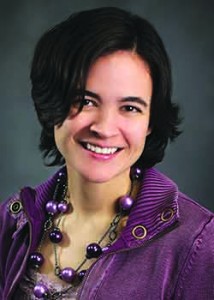 Travis and Angela Hollman started a web development business in 2000 while finishing their degrees. In 2008, Hollman Media was formed and the company hired its first employee.

The company’s WeatherThreat.com closings and alerts system has been used millions of times in the past decade. Hollman Media is currently working with Nebraska researchers from the U.S. Department of Agriculture to produce a free application aimed at helping cattle producers identify the real-time risk potential for their livestock. The application allows producers to be proactive in mitigating stress to their livestock.

The company is also working on “The Kearney App” that is a collaboration among UNK, the Kearney Area Chamber of Commerce, Good Samaritan Hospital, Kearney Visitors Bureau and several other institutions in the Kearney community.

Work has resulted in recognition of a number of awards, including the 2014 Walter Scott Entrepreneurial Business Award. They used the money from that award to create a new digital intern program at UNK.

Angela also teaches in the Information and Telecommunications Department at UNK. Travis is an adjunct faculty member.

In 2010, Grubaugh moved to Omaha after living in the Kansas City area for 27 years. He reunited with longtime friends Glandt, and Myron and Beth Bush-Placek, to watch NCAA March Madness basketball.

Their discussion focused on getting together with college friends on a regular basis. Grubaugh ran with the idea and formed a weekly gathering in Omaha for UNK alumni and friends called the Cheers Club, based on the TV series “Cheers” and its theme “Where everybody knows your name.”

Now in its fourth year, those alumni and friends from UNK gather at a variety of places in Omaha to renew old friendships and meet new friends. Cheer’s Club is one of the most successful alumni activities of the UNK Alumni Association.