KEARNEY – Before his writing career got untracked. Before he graduated from film school, moved to Hollywood and worked with all of the big names. Before he wrote NBC’s new hit show “The Blacklist,” Jon Bokenkamp took classes for two years at the University of Nebraska at Kearney. 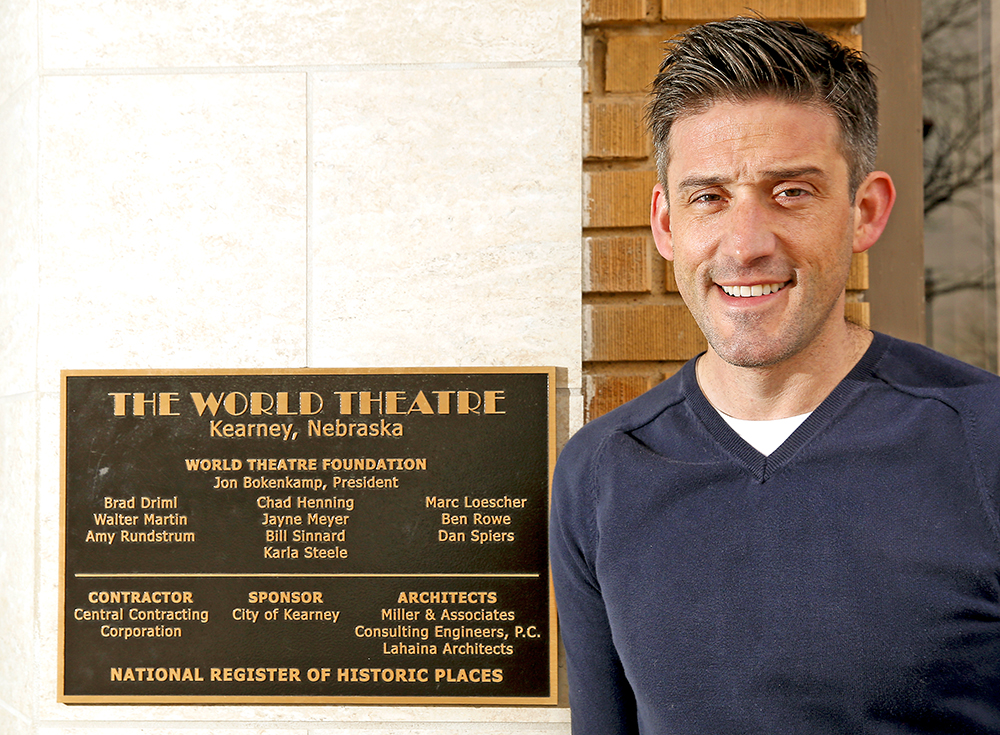 Bokenkamp attended UNK from 1991-93, focusing on journalism, art and music classes he knew would prepare him for the USC School of Cinematic Arts, where he graduated with honors in 1995.

“Going to UNK was a great decision because it gave me time to figure out exactly what I wanted to do,” said Bokenkamp, a Kearney native. “UNK provided personal space I needed to grow up a little bit. That is a stretch of my life I remember fondly.”

Bokenkamp credits UNK faculty such as Keith Terry, Tom Draper and Roy Hyatte for challenging him.

“They encouraged me to be a self starter. I had so many positive experiences at UNK,” said Bokenkamp. “It was such a nurturing environment where you could succeed to the degree you wanted.”

One of Bokenkamp’s favorite memories from UNK was an opportunity to make movies, even though no film classes were offered on campus.

“We convinced the journalism department to do some independent study that allowed us to use some cameras and editing equipment,” Bokenkamp recalled. “We kind of created our own class. Because UNK was small enough, we were allowed some freedom to drive our own interests and coursework.

“The people I worked with there were always open to new ideas and doing things differently,” he added. “They always had our best interests in mind.”

Bokenkamp and his family moved back to Kearney from Los Angeles in 2007 because he wanted to raise his children in a tight-knit community such as Kearney. Bokenkamp’s parents, Tom and Sue Bokenkamp, and his in-laws, Ron and Mary Scott, also live in Kearney.

“We love the pace and lifestyle in Kearney. It is quiet, and the people are lovely. What Kearney lacks is also what makes it great,” he insisted. “I love that our best restaurants are locally owned and not corporate, for example.

“I love our charming downtown area, the idea of dinner and a movie, or an afternoon drive to check out amazing places like Cottonmill Park.”

He counts the UNK campus among his favorite Kearney hangouts.

“I still love visiting campus. It just has a different level of energy than the rest of town. More people who live in Kearney should take the time to visit. That campus is a gift with a very warm atmosphere.”

Bokenkamp is the creator, executive producer and writer for NBC’s new hit show “The Blacklist,” which premiered in September. After strong reviews, high ratings and weekly viewership of more than 16 million per episode, NBC renewed the crime thriller in December for a 22-episode second season. 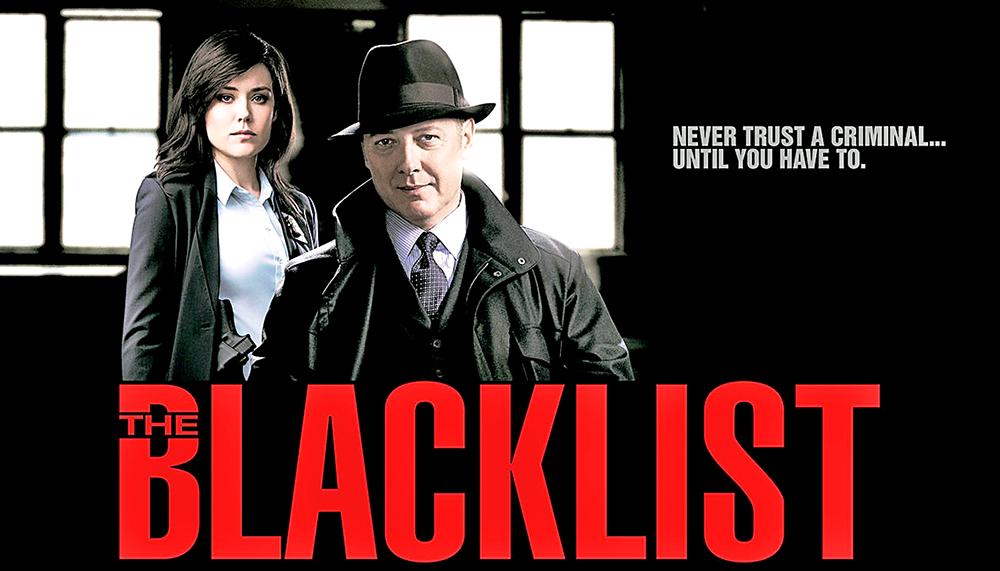 “Commercially, this is my most successful project, and I’m absolutely okay with that. Working with James Spader is an absolute gas; exciting and strange all at the same time. I feel very fortunate,” Bokenkamp said.

“We’re writing the best episodes we can and, for the moment, people are excited about it. I’ve heard from people in the industry who I haven’t heard from in a long time. So yeah, I think the show has changed my profile. I hope I can capitalize on that with this show or other projects.”

“The Blacklist” already has been nominated as Favorite New TV Drama in the People’s Choice Awards, and Spader received a Golden Globe nomination for Best Performance by an Actor.

“It has been a very surreal experience. I’ve been completely overwhelmed with the scripts, trying to get the stories right and the show made,” said Bokenkamp.

Strangely, he said he’s disconnected from the idea of the show being on TV and doing so well.

“I’m writing a scene that is shooting today. I’ll see it tomorrow, and it will air four days later. It’s such a fast process that there’s no time to know where you’re really at in the process. It’s incredibly exciting for me.”

While not surprised at the show’s success, Bokenkamp was never sure it would be a hit.

“I’ve worked on other things that I liked just as much, and that I worked just as hard on and that I saw in my head just as well. For whatever reason, “The Blacklist” has connected and had a lot of elements fall in place, from the right actors and right time to the right idea and good business decisions. Great material doesn’t rise to the top on its own.” 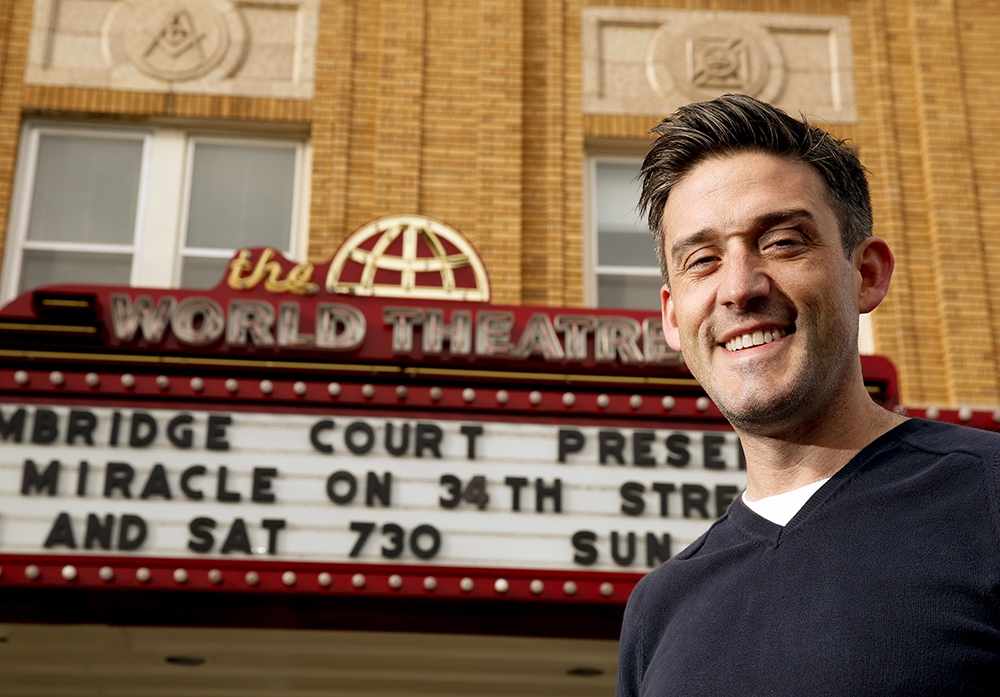 “He honestly is one of the nicest guys you will meet,” said Bill Sinnard, a World Theatre Foundation member. “He is very humble, genuine and laid back. And he’s intelligent. He’s very smart.”

Beyond Bokenkamp’s kindness is another side that few people get to see, Sinnard said.

“The guy is absolutely relentless when he’s determined to get something done. His focus is incredible, and he has an aggressive side to him that demands perfection. He’s one of those guys who can be told no a thousand times and keeps working hard until he hears that one yes.”

It is that quality, Sinnard said, that has helped Bokenkamp establish himself as one of today’s top young writers in Hollywood. It is also what led to the successful renovation of Kearney’s historic World Theatre, which reopened in 2012.

Bokenkamp established the World Theatre Foundation after he moved back to Kearney in 2007 and spearheaded a fundraising effort that brought in almost $1 million.

“Jon is an incredible asset to our community. With the theater, he taught us not to be afraid to take on a big idea and do something that most people don’t think can be done,” Sinnard said. “He is a tremendous leader.”

Despite all of Bokenkamp’s accomplishments in Hollywood, he doesn’t let his celebrity status define him, said Sinnard.

“We’re in the presence of a big-time screenwriter and director, yet he doesn’t have that Hollywood flare to him. He’s just as happy being known as that guy from Kearney who helps with the popcorn in his theater. I think he loves that about Kearney. The best is yet to come from him, but I don’t think Jon will ever let all of his success change how he goes about things.” 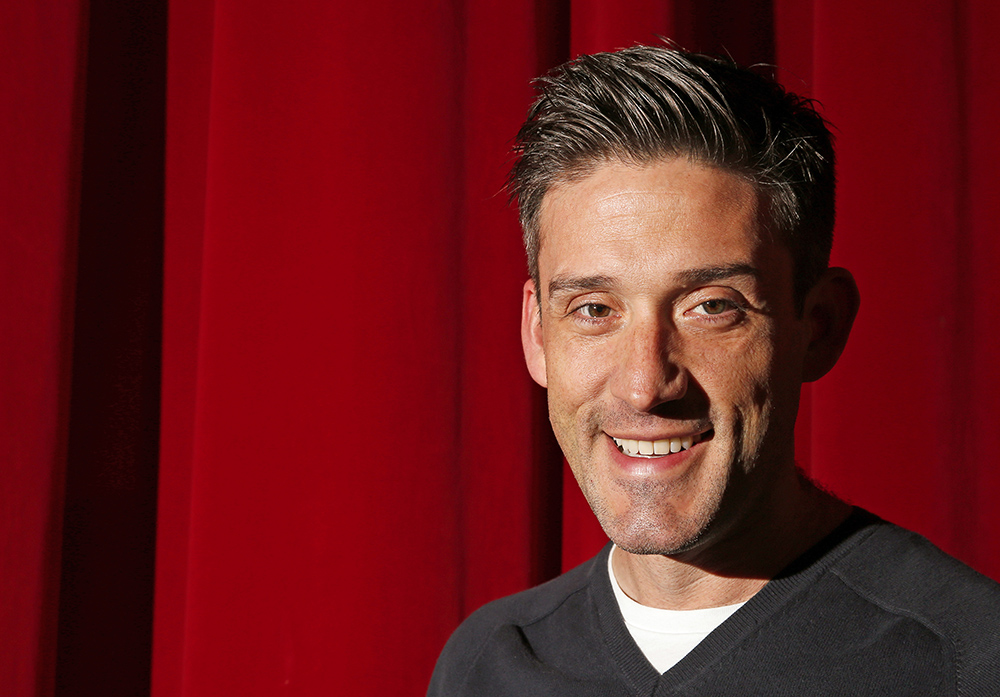 In 1996, as his patience waned, Bokenkamp got his break.

He was waiting tables at The Old Spaghetti Factory on Sunset Boulevard and had a second part-time job parking cars at Universal Studios. He spent his days writing, passing up apprenticeships to perfect his craft.

That’s when a friend – CBS Studios producer and Holdrege native Todd Nelson – encouraged Bokenkamp to enter a movie script in a contest hosted by Fade In magazine.

His inclination was to say no, but Nelson’s constant nudging won out. Bokenkamp said yes, and his original screenplay “Preston Tylk” won the national contest.

He still calls it the most important moment in his career.

“It cost $40 to enter, and I remember thinking there’s no way I could afford to do it,” explained Bokenkamp. “But it won and got me an agent. That was the break I needed at that time. It was huge for me because I was somewhat unsure of myself.”

For Bokenkamp, uncertainty about his career as a writer and filmmaker has always existed.

“In Hollywood, every writer has fear and a tremendous amount of insecurity that it is all going away and you’ll never get another job,” he said. “I’m no different.

“I know this is a once-in-a-lifetime opportunity. I want to continue to write, but also see myself produce. I know how difficult it is to get shows made. A lot of people are writing scripts just as good, if not better, than me. I’m in a position with “The Blacklist” that a lot of people dream of being in. I don’t intend to squander that.”