You are here: Home / Archives for Band Day Parade 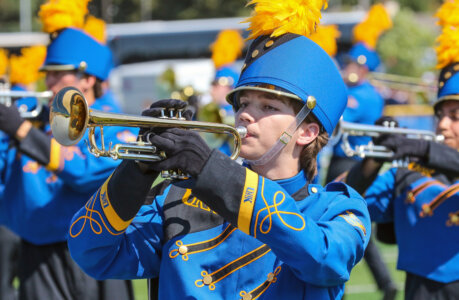 By TYLER ELLYSON UNK Communications KEARNEY – The Pride of the Plains Marching Band is one of the most visible elements of the University of Nebraska at Kearney. Band members represent the university at home football games and other campus and community events, as well as parades and competitions throughout the region. They need to look as good as they sound. “Our uniforms stand for unity. When we’re all on the field together and we look crisp and proper, it … END_OF_DOCUMENT_TOKEN_TO_BE_REPLACED 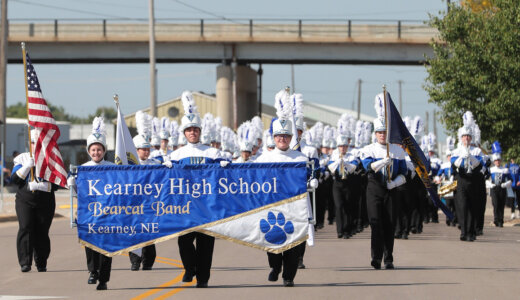 KEARNEY – Kearney High School continued its impressive run at the UNK Band Day competition, winning the sweepstakes trophy awarded to the best overall band for the fifth straight year. The Bearcats also won the Class AA division and received the trophy for outstanding color guard during Saturday’s event. Twenty-four middle and high school marching bands from across the state joined the University of Nebraska at Kearney for the 62nd annual Band Day Parade in downtown … END_OF_DOCUMENT_TOKEN_TO_BE_REPLACED 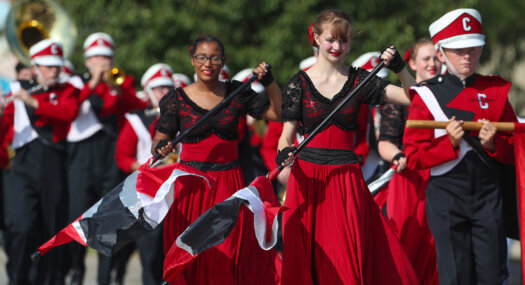 ﻿ KEARNEY – Twenty-seven middle and high school marching bands will join the University of Nebraska at Kearney for its 62nd annual Band Day Parade. Back after a year off because of COVID-19, the parade is scheduled for 10 a.m. Saturday (Sept. 18) in downtown Kearney. The route begins at 21st Street and Third Avenue, follows Third Avenue south to Railroad Street, heads east to Central Avenue, then turns north before ending at the Museum of Nebraska Art at the corner of … END_OF_DOCUMENT_TOKEN_TO_BE_REPLACED 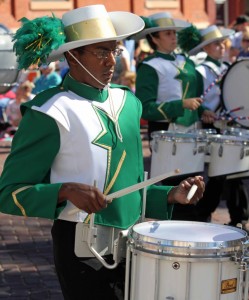