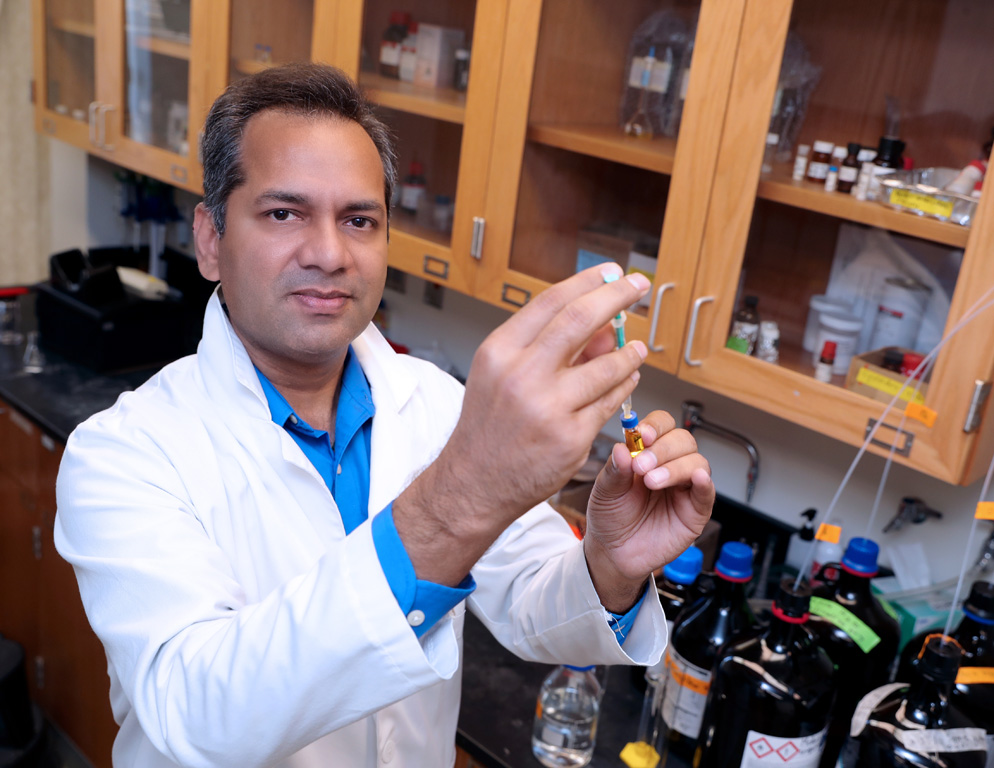 KEARNEY – Nearly 75% of all drug overdose deaths in the United States involve opioids, which killed 68,630 Americans in 2020.

About one-fourth of those deaths were caused by pain medications legally prescribed to patients, according to the Centers for Disease Control and Prevention, which tracks the country’s growing opioid epidemic.

Overdose deaths involving opioids have increased eightfold since 1999, driven in recent years by a significant uptick in the illegal sale of fentanyl, a synthetic opioid 50 to 100 times more potent than morphine.

“The opioid crisis began in the 1990s and it continues to be a major cause for addiction in the U.S., which is fueled by prescription drug abuse. If we can find non-opioid alternatives for pain management that are as good as opioids, that would save numerous lives,” said Mahesh Pattabiraman, a chemistry professor at the University of Nebraska at Kearney.

A class of legal and illegal drugs found naturally in the opium poppy plant, opioids contain chemicals that relax the body and relieve pain. Prescription opioids – some made directly from the plant and others produced by scientists using the same chemical structure – are most often used to treat moderate to severe pain.

These powerful painkillers are effective, but they’re also highly addictive.

Nearly 10 million Americans reported misusing prescription opioids in 2018, according to figures from the CDC, which puts the annual economic burden of opioid use disorder and fatal overdoses at more than $1 trillion.

Through his research, Pattabiraman is working on a potential solution to this national problem. Trained originally as an organic photochemist, Pattabiraman is now using his expertise in the field for drug discovery.

“My approach to discovering new compounds with anti-pain effects is to pursue phytochemicals (from plants) with known medicinal effects as lead compounds and improvising on them to arrive at novel compounds with higher efficacy,” he explained. “This involves the use of light-activated reactions (photochemistry) and directing their reactivity using intermolecular interactions (supramolecular chemistry).”

Pattabiraman’s recent research has homed in on incarvillateine (INCA), a compound derived from the Chinese herb Incarvillea sinensis.

INCA has been widely used in traditional medicine to treat rheumatism and pain, according to Pattabiraman, but it doesn’t work through the opioid pathway. Instead of binding to opioid receptors, which can lead to addiction, Pattabiraman and his collaborators are trying to develop synthetic analogs of the natural INCA compound that favor adenosine receptors.

A drug working through the adenosine pathway has the potential to also be used in cancer treatments. 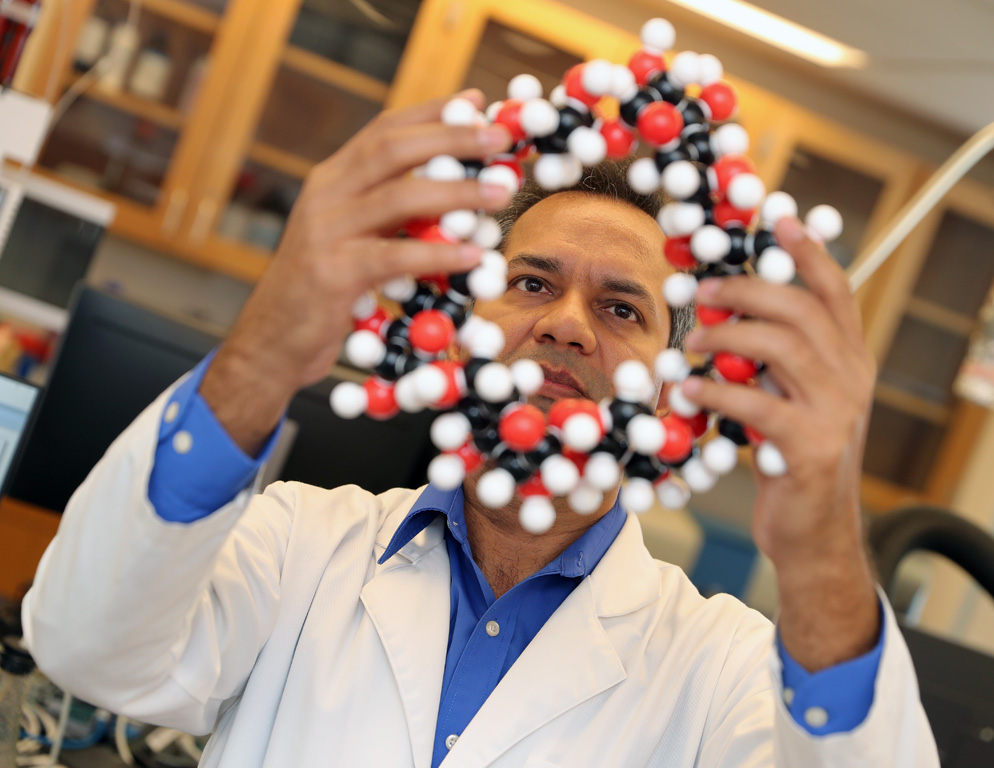 What are your biggest discoveries?
I have studied one photochemical reaction quite extensively: the 2+2 photocycloaddition. To my knowledge, I would be the first chemist to use this reaction to produce biologically relevant compounds. I, with the help of my collaborators, was able to discover that these compounds possess anti-cancer properties. I have also been able to use supramolecular chemistry to synthesize products with different spatial orientations and shapes (isomers) than what has been previously possible for photochemists.

How do you measure success as a researcher? What motivates you?
Science is all about unraveling reality. In this pursuit of physical reality, scientists generate new knowledge. Because reality is contextual, success in the scientific process could be measured through the amount of new knowledge one has generated.

Based on that metric, I have only seen limited success because most of my research has progressed through incremental developments. The fact that I have made only a small amount of progress in a sea of vast potential discoveries motivates me, because there is a lot more to know.

Why were you attracted to this field?
As a master’s student in the Indian Institute of Technology at Bombay, I remember picking up a book on photochemistry in the library. The author’s mention of photochemistry as the “science that studies the interplay between two most fundamental aspects of nature: light and matter” made me stop and think. That statement enamored me by how complete it was and its encapsulation of our effort to understand the universe. Photochemistry is a fundamental science, and I had to find a use for it: thus my project in drug discovery emerged wherein I use photochemical reactions to produce compounds of biomedical significance.

What’s the most enjoyable part of research?
Doing research is like solving a crime – I am being dramatic here – perhaps it is like solving a puzzle. Nature is out there in its being, and as a chemist I try to understand it by poking and prodding at it. Anything and everything you get from this process will lead to discovering something new and solving a part of the puzzle (or a crime). That is really fun.

It is most fun when one experiment challenges the status quo of our understanding, which in due course leads to a completely different way of thinking that actually makes more sense. It is akin to a puzzle that seems to have been almost solved with just one piece that won’t fit, and when you re-solve the whole puzzle from a different starting point, the entire picture changes.

Thinking about research materialistically, it is very exciting when you publish papers and receive major grants. That is important, too. 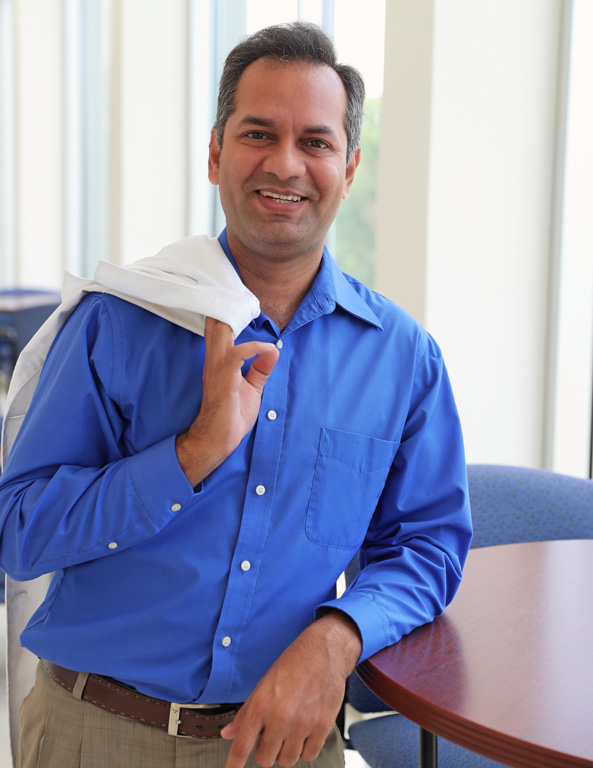 How do you involve students in your research? Why is that important?
Students help me meet both the faculty researcher goals. They help perform experiments, but more importantly they learn the science and help in its propagation. It is also great interacting with students who are interested in research because often they tend to be patriotic about the research they do. This is essential for a positive atmosphere in the workplace.

Research is where students test their classroom knowledge in the real world. While teaching labs are a good first step, the experiments are choreographed to lead to a specific outcome to emphasize a specific point. Research is open-ended and presents a realistic feel for the knowledge they have acquired in the classroom.

How do you balance research and teaching? Do they benefit each other?
It is definitely a challenge to balance research and teaching, especially in the hard sciences where research is expensive. To acquire research money, one must engage in grant-seeking, which is a highly competitive and crowded field. To stand out in the field one needs a strong publication record and bold research activity. This requires time and resource investment, which occasionally conflicts with teaching. I personally manage this by simply working more hours. I am also very appreciative of the research release we have at UNK and our students who are very understanding when you must miss a class or two for conference travel. The support for research and infrastructure we receive from central administration is also of immense help.

Teaching and research definitely go hand in hand, and we cannot get one without the other. Even though we teach our students only the most basic concepts in any given field, an instructor with active research expertise presents it with much greater depth. Research also helps us stay current with the developments in our field.

What stands out about UNK’s research programs?
I have seen many primarily undergraduate institutions, as I have many friends and colleagues who I regularly interact with. UNK is perhaps the only institution I have seen where the research/teaching balance has been truly struck. The amount of support we get from the NU Foundation is truly admirable. 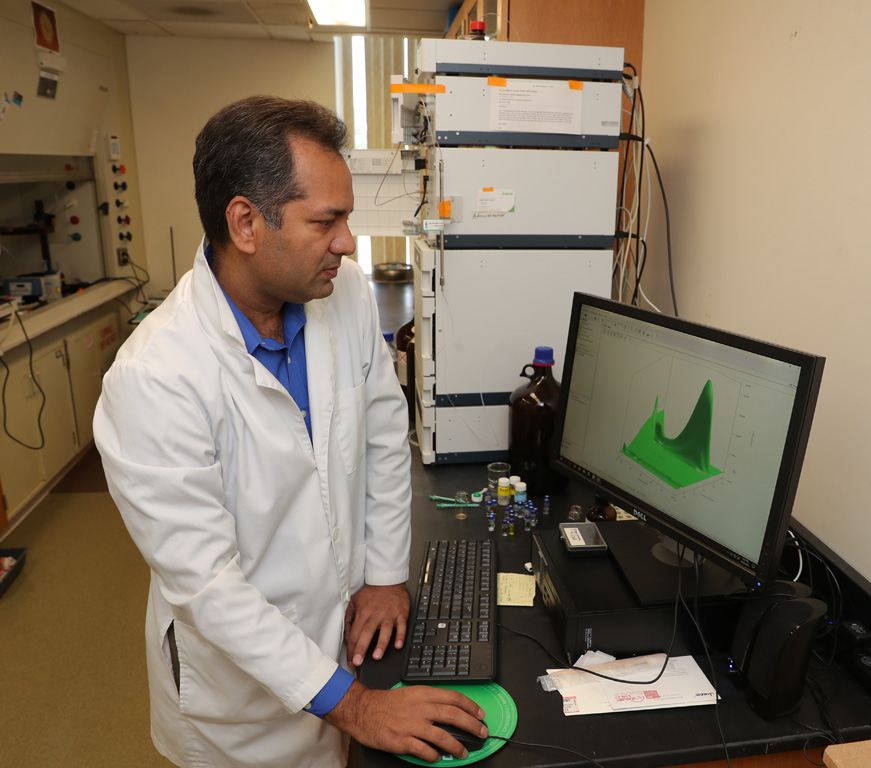 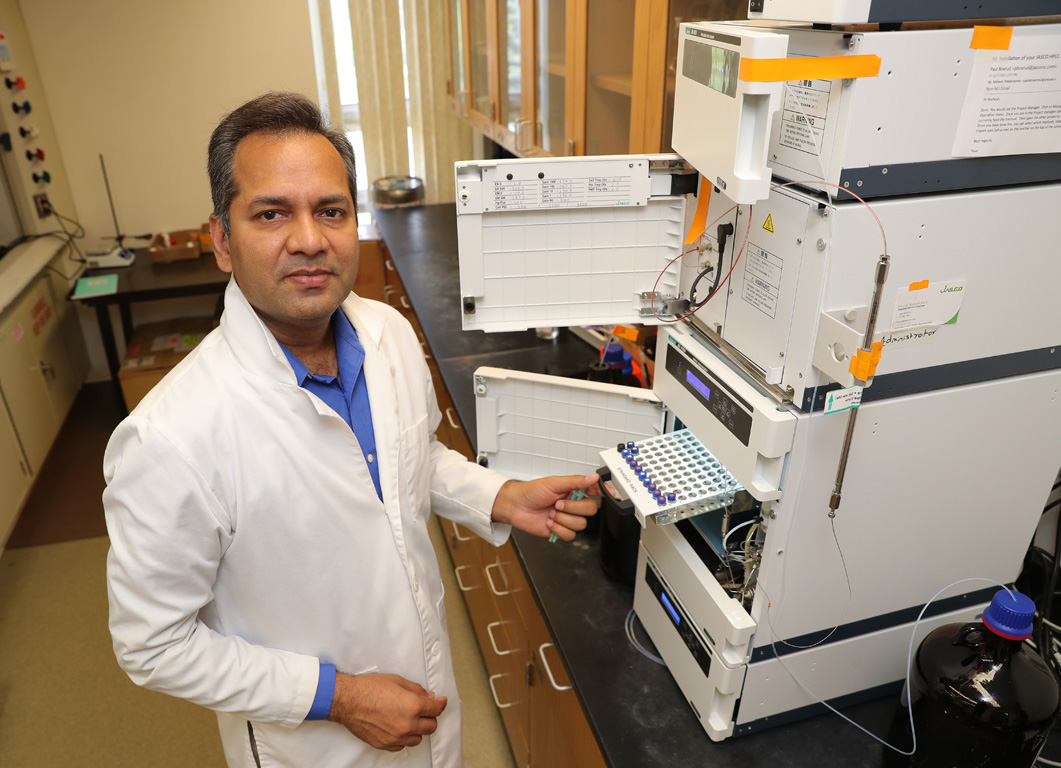