KEARNEY – Like the naval aviators depicted in “Top Gun,” the students training in Kearney this summer are “the best of the best.”

They traveled from locations across the country to participate in a prestigious program designed to inspire and train the next generation of pilots.

“Some of these kids have been working for a year to 18 months to get into this program. It’s a big deal,” said Al Spain, a lecturer in the University of Nebraska at Kearney aviation program.

The eight-week aviation training program gives high schoolers and some older Air Force ROTC cadets an opportunity to earn their private pilot license while receiving college credits and experiencing life on a university campus. It was launched in 2018 as a joint initiative between the Air Force and aerospace industry intended to address an ongoing pilot shortage and promote diversity in the profession.

The U.S. Bureau of Labor Statistics projects about 14,500 openings for airline and commercial pilots each year over the next decade, and Boeing estimates 612,000 new pilots will be needed to meet global demand over the next 20 years.

Spain called the Flight Academy a “win-win” for everyone involved.

“It gets our name out there and gives us more exposure outside Nebraska,” he said. “With the academic credit the cadets earn, we become an important option for their future undergraduate studies.”

The academy opens a lot of doors for participating students, too.

For Kurt Grell, a soon-to-be senior from Flower Mound, Texas, it’s a way to gain knowledge and experience before he graduates from high school.

“I really wanted to get my foot in the door as early as I could,” the 17-year-old said. “In the aviation industry, I know seniority is everything. If you can start earlier, why not? Plus, it’s all expenses paid, so that definitely helps.”

A Junior ROTC member since his freshman year, Grell is one of a dozen students completing the Flight Academy in Kearney. They live on the UNK campus, take classes there and receive flight training at Kearney Regional Airport.

Spain oversees the program, but the instructors and aircraft are provided by Nebraska Flight School, the same company that serves UNK.

“We definitely couldn’t do it all alone,” Spain acknowledged. 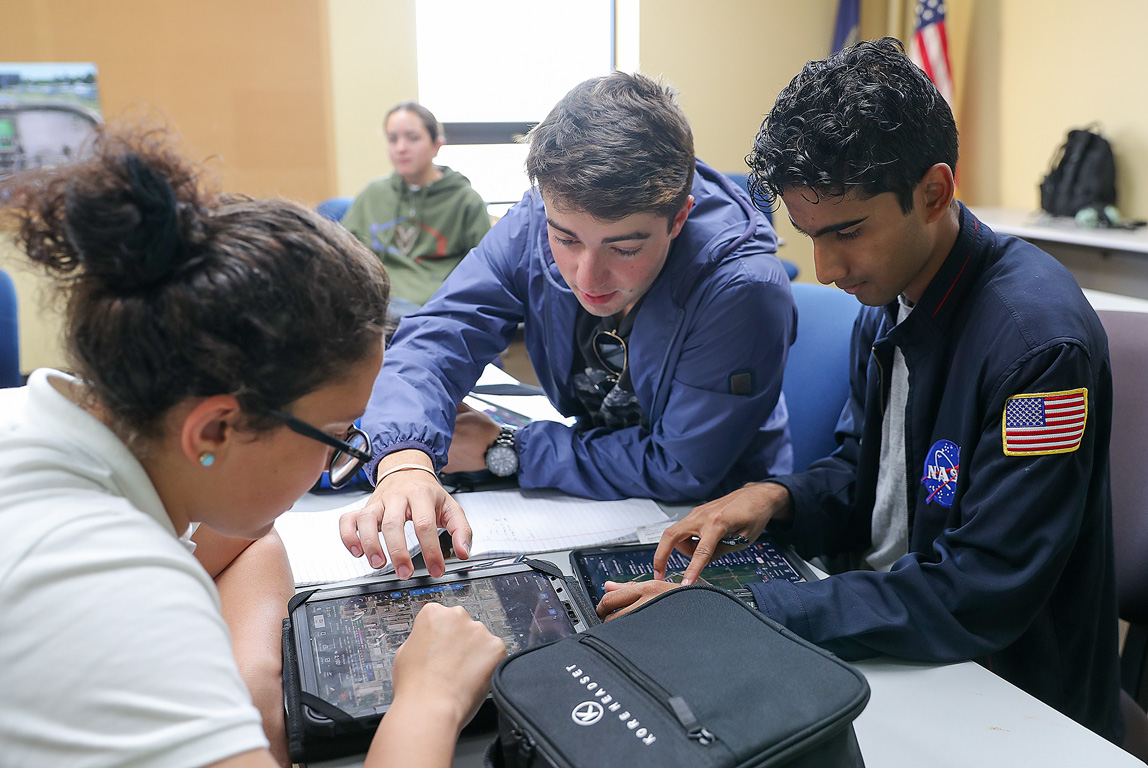 In addition to UNK, more than 20 other colleges and universities are hosting students this summer as part of the Air Force Flight Academy. The 300-plus cadets were selected based on their grade-point averages, performance on an aviation aptitude test and instructor and school endorsements. Each participant receives an Air Force-funded scholarship covering the full cost of room and board, tuition, books and fees.

“Everything is paid for by the Air Force, with no obligation,” Spain explained. “These kids have no obligation to the Air Force or any other military service. But it does help them decide which direction they want to go.”

Grell, who wants to be a commercial airline pilot, got his first experience flying a Cessna 172 Skyhawk shortly after the academy began.

“It was kind of scary, but also really exciting,” he said. “Everything was happening all at once. As I’ve gotten more time in the plane and more experience, I’ve become a lot more comfortable.”

Completing the Air Force Flight Academy and earning his private pilot license are just the beginning steps for Grell. He plans to study aviation in college and pursue a pathway that will take him from a regional carrier to a major airline.

“There’s just something about flying that’s kind of hard to describe,” Grell said. “It’s amazing to look at things from a whole new perspective.”

Grell and the 11 other students assigned to Kearney will conclude their training later this month, with a graduation ceremony scheduled for July 29. 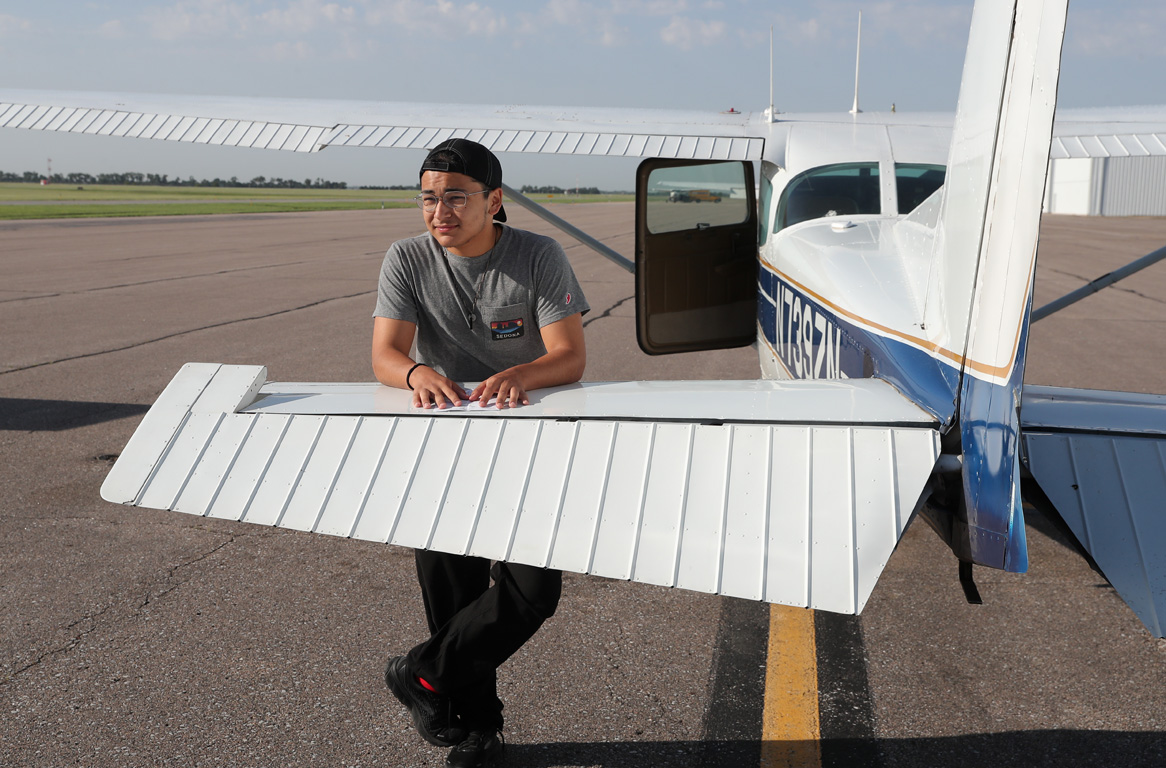