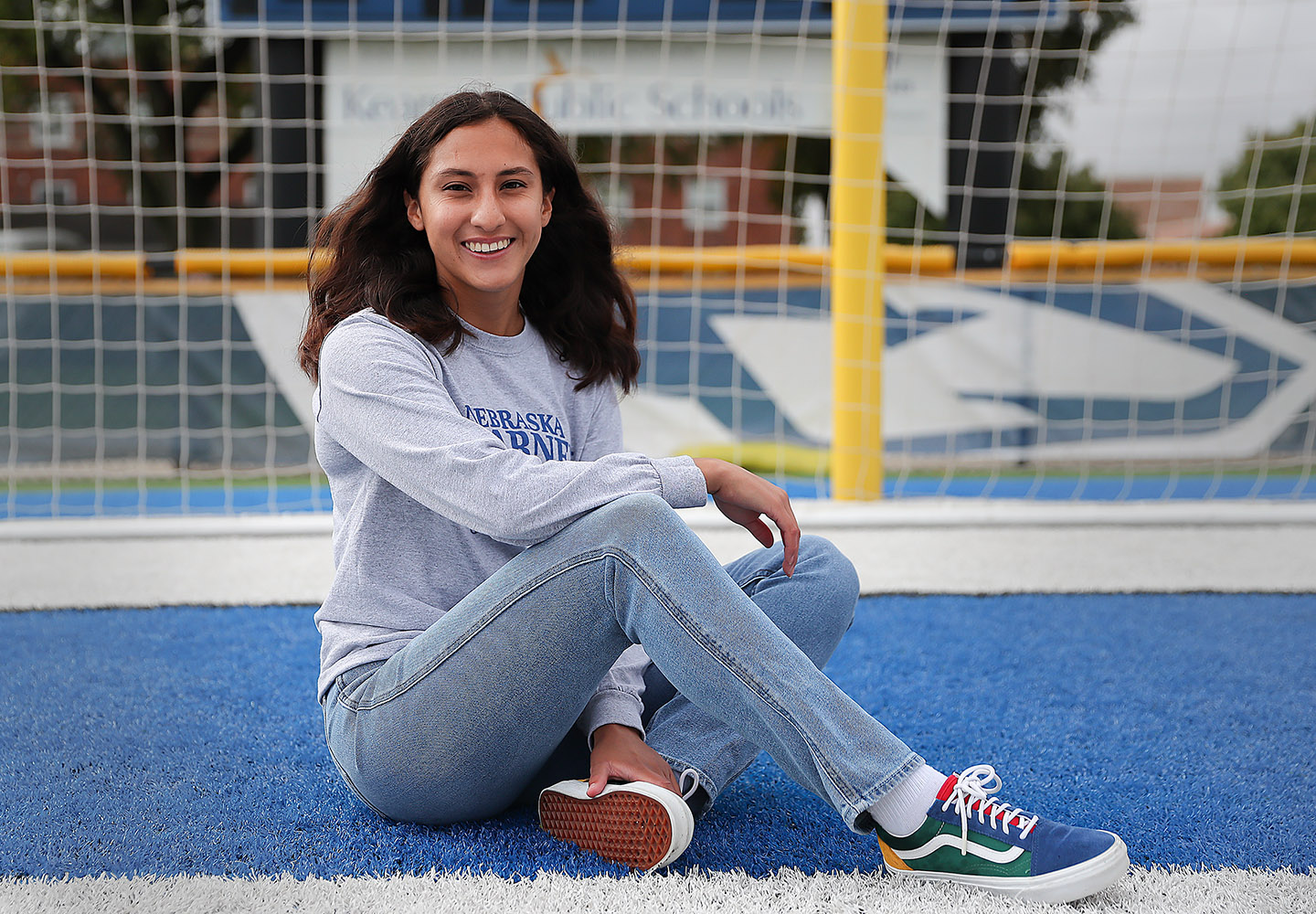 KEARNEY – Perla Navarro’s personality is a lot like life in central Nebraska – calm and quiet.

That’s something the University of Nebraska at Kearney soccer player has learned to appreciate, although it was startling at first.

When she moved to Kearney in summer 2020, the lack of commotion was a little alarming.

“I’m just so used to all the noise and other things happening,” Navarro said.

The tranquility she now enjoys is a stark contrast to the gunfire she grew accustomed to hearing in south-central Los Angeles.

“A lot of people say that’s kind of scary, but I’m used to it,” said Navarro, who talks about drive-by shootings without batting an eyelash.

When Navarro shares these stories with her Loper teammates, “They look at me like I’m crazy,” she said with a smile. 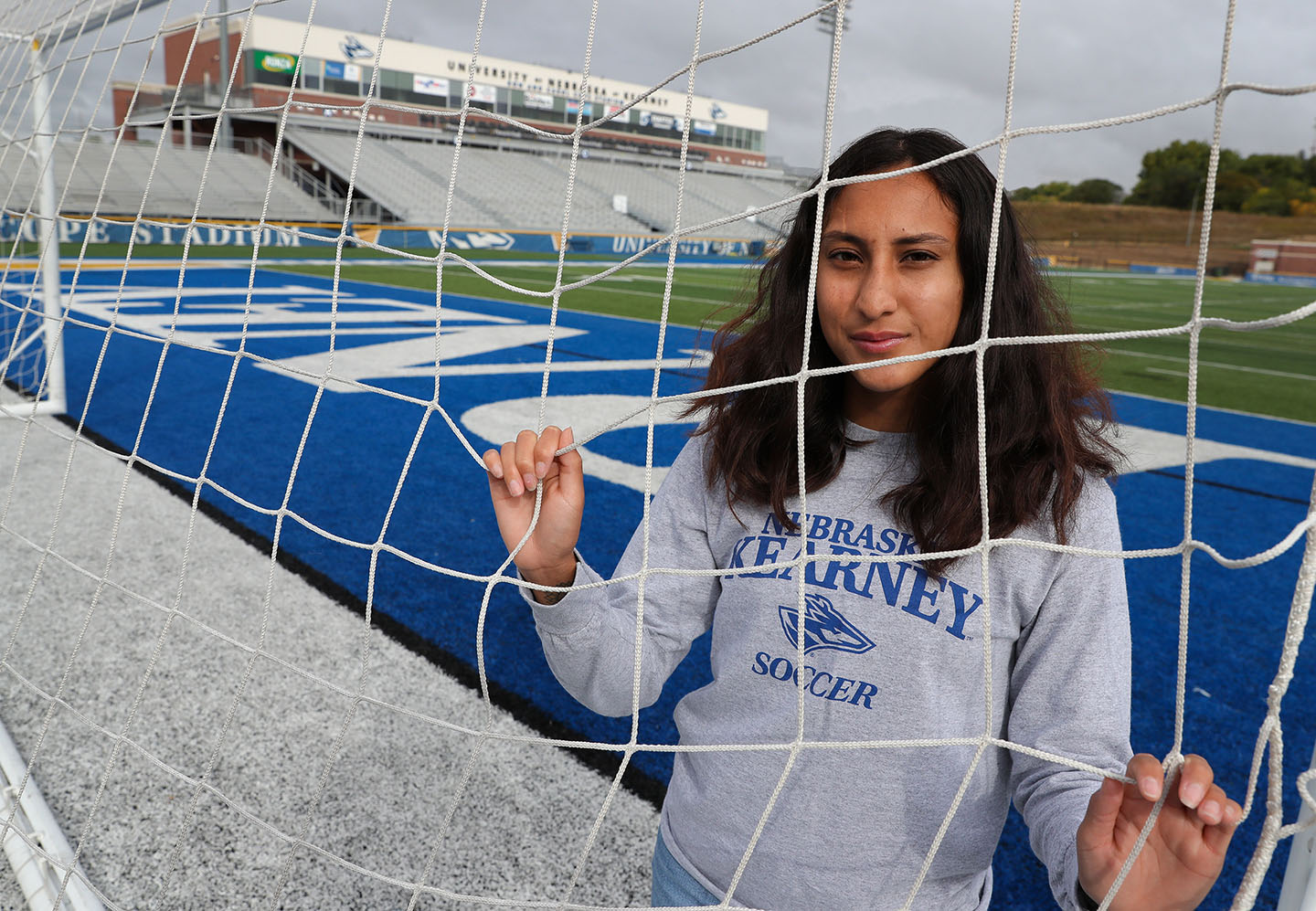 A soccer player since she was a toddler, Navarro learned the game from her father Joel, who coached her until high school.

“He’s the reason why I play soccer,” said Navarro, the second youngest of five siblings.

She participated in volleyball and track, too, but always felt most comfortable on the soccer field. At John C. Fremont High School, Navarro scored 191 goals in 76 matches, earning team MVP and All-City Division II honors.

That success took her to East Los Angeles College, where she continued her dominance. Navarro led the Huskies in nearly every offensive category while scoring 29 goals in 27 matches. She was an All-South Coast Conference North Division selection both seasons.

After completing her sophomore season in 2019, Navarro thought her soccer career was over. Then the phone rang.

“I didn’t even know David (Farias). He just randomly called me,” she said.

Farias, who was hired as an assistant coach at UNK in summer 2019, knew a lot about her.

He also played at East Los Angeles College before transferring to Kansas Wesleyan University in Salina. As part of his first recruiting assignment, Farias was tasked with finding a forward “who had an eye for the goal.”

He contacted coaches across the South Coast Conference, and they all mentioned Navarro’s name.

On film, Farias saw a dynamic player who was a “bit raw” but had serious upside.

“The stats alone kind of speak for themselves,” he said. “If you gave her a through ball, it was going to go in.”

It wasn’t until their initial conversation that Farias learned they attended the same high school, and he graduated with one of Navarro’s older sisters. Adding to the unlikely connection, Navarro was also being recruited by Kansas Wesleyan University, a school she visited in February 2020.

Because of the COVID-19 pandemic, Navarro never got the chance to visit UNK, but she committed anyway based on her conversations with Farias.

“It’s a different environment for her, but it’s a good environment,” Farias said. 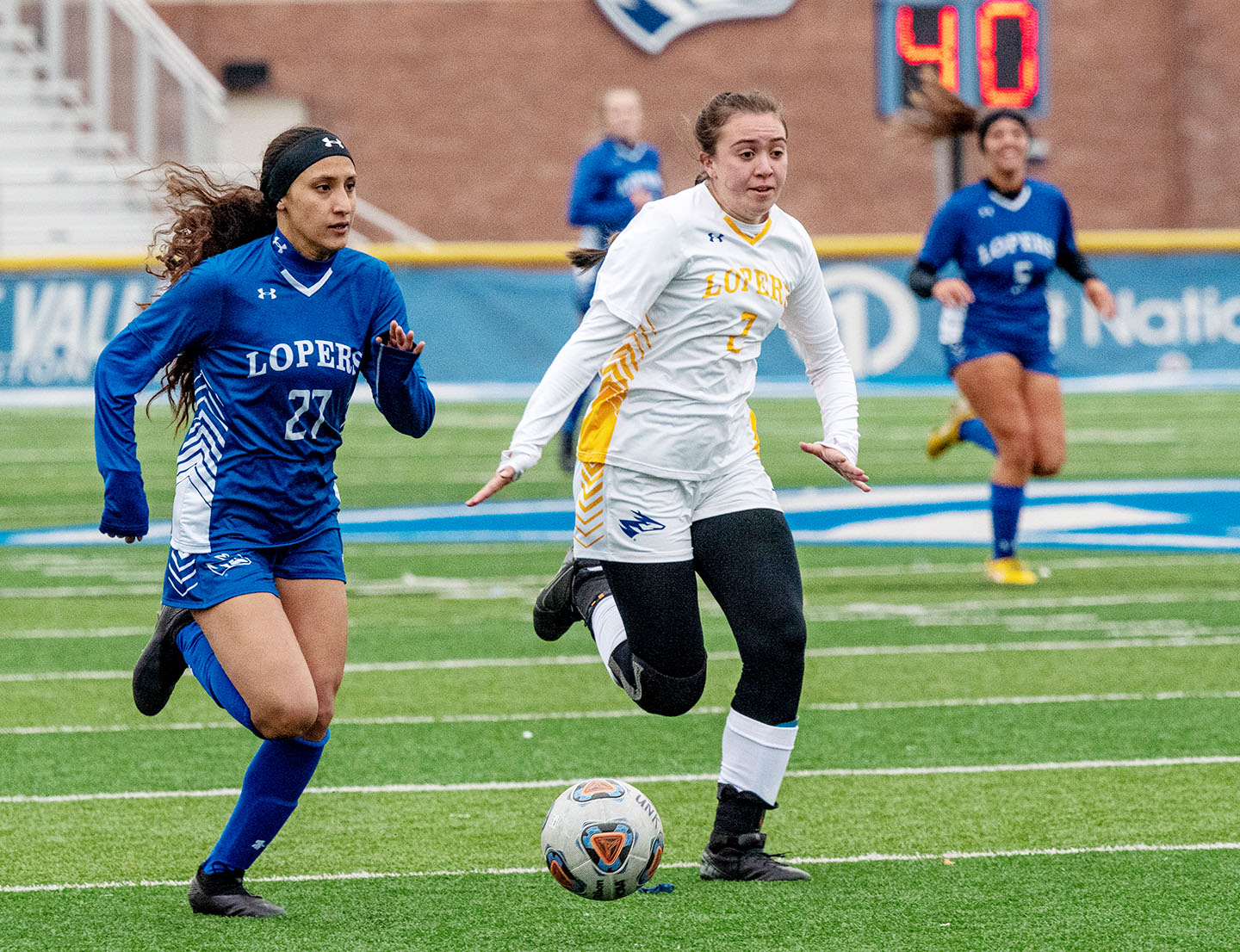 Although she’s nearly 1,400 miles from home, in a city less than a hundredth the size of LA, Navarro is happy with her decision to attend UNK.

She got to continue playing soccer while making new friends and experiencing life away from the hustle and bustle back home.

The injury-plagued Lopers didn’t have the success she was hoping for on the field, but Navarro took a major step forward in the classroom.

“Academically, UNK has really helped me a lot. I actually talk to the teachers here and they help me with my coursework,” said Navarro, whose grades “weren’t great” at East Los Angeles College.

Away from all the daily distractions, Navarro boasts a GPA around 3.3 and was recognized on the MIAA Academic Honor Roll. She’s on track to graduate in May with a bachelor’s degree in sociology and a minor in social work.

Navarro plans to forgo her final year of eligibility so she can pursue a master’s degree in social work. She wants to work for Child Protective Services, putting her in a position to “help those who can’t help themselves.”

Instead of returning to LA, she’ll remain in Nebraska for graduate school.

“At the end of the day, I enjoy the peacefulness here,” Navarro said. 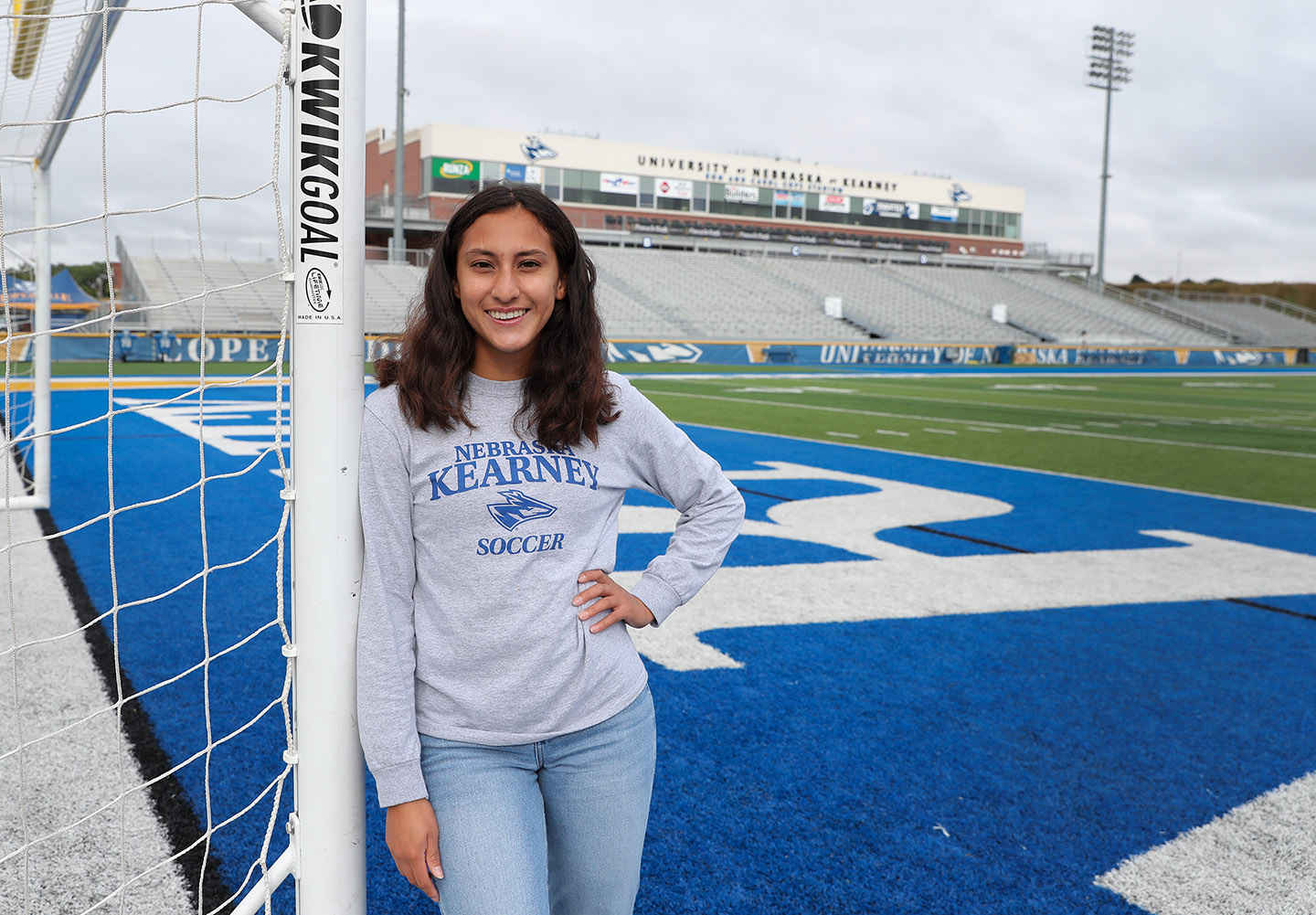