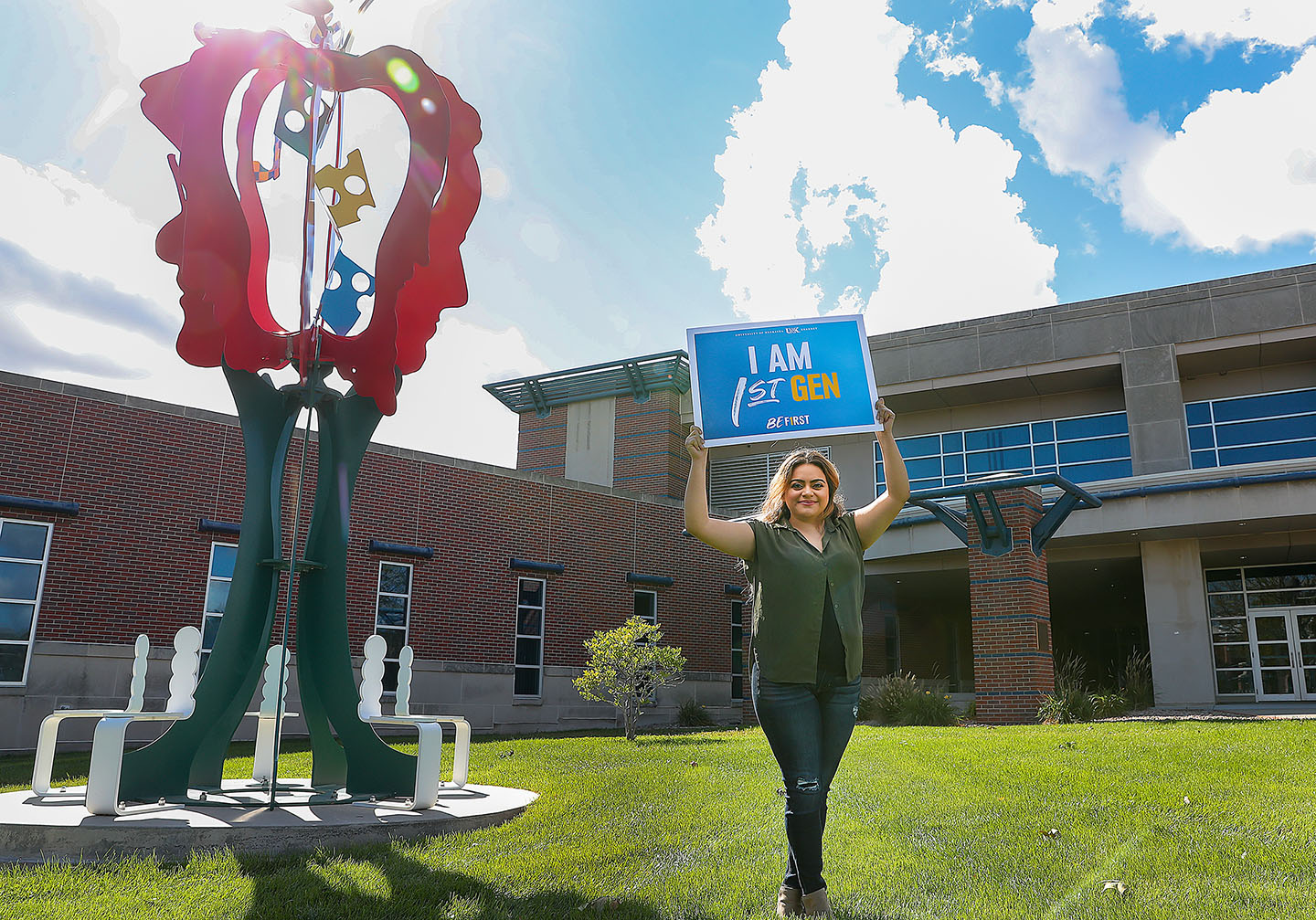 LEARN MORE ABOUT UNK’S FIRST-GENERATION INITIATIVES AND PROGRAMS AT UNK.EDU/FIRSTGEN

KEARNEY – When Marina Escobar made the decision to attend college, she was thinking about more than herself.

The University of Nebraska at Kearney sophomore thought about her parents and the sacrifices they made to give her this opportunity. She wanted to make them proud.

“Getting a college degree would mean a lot for my parents, because they worked so hard to get me here. It’s expensive to bring someone from another country to the U.S.,” Escobar said. “I want to let them know that bringing me here was worth it and I want to give back to them what they gave to me.”

Escobar was born in Guatemala, where a majority of the residents live below the poverty line and violence and corruption are commonplace. Her parents, Juan Carlos and Maria, wanted a better life for their family. They wanted to live in a place where the future was bright.

Juan Carlos immigrated to the U.S. when Escobar was 4. Maria joined him two years later. Escobar and her older brother remained in Guatemala with their grandmother.

The family wasn’t fully reunited until the children were 11 and 9.

Juan Carlos and Maria never attended college, but their work ethic set an example for Escobar. She was determined to be the first member of her family to earn a college degree, showing her three younger siblings what they can accomplish.

“My teachers encouraged me to go to college, pursue my dreams and earn a degree. And that’s what I want to do,” she said.

Escobar was awarded the Susan Thompson Buffett Foundation Scholarship, which covers her college tuition and fees. 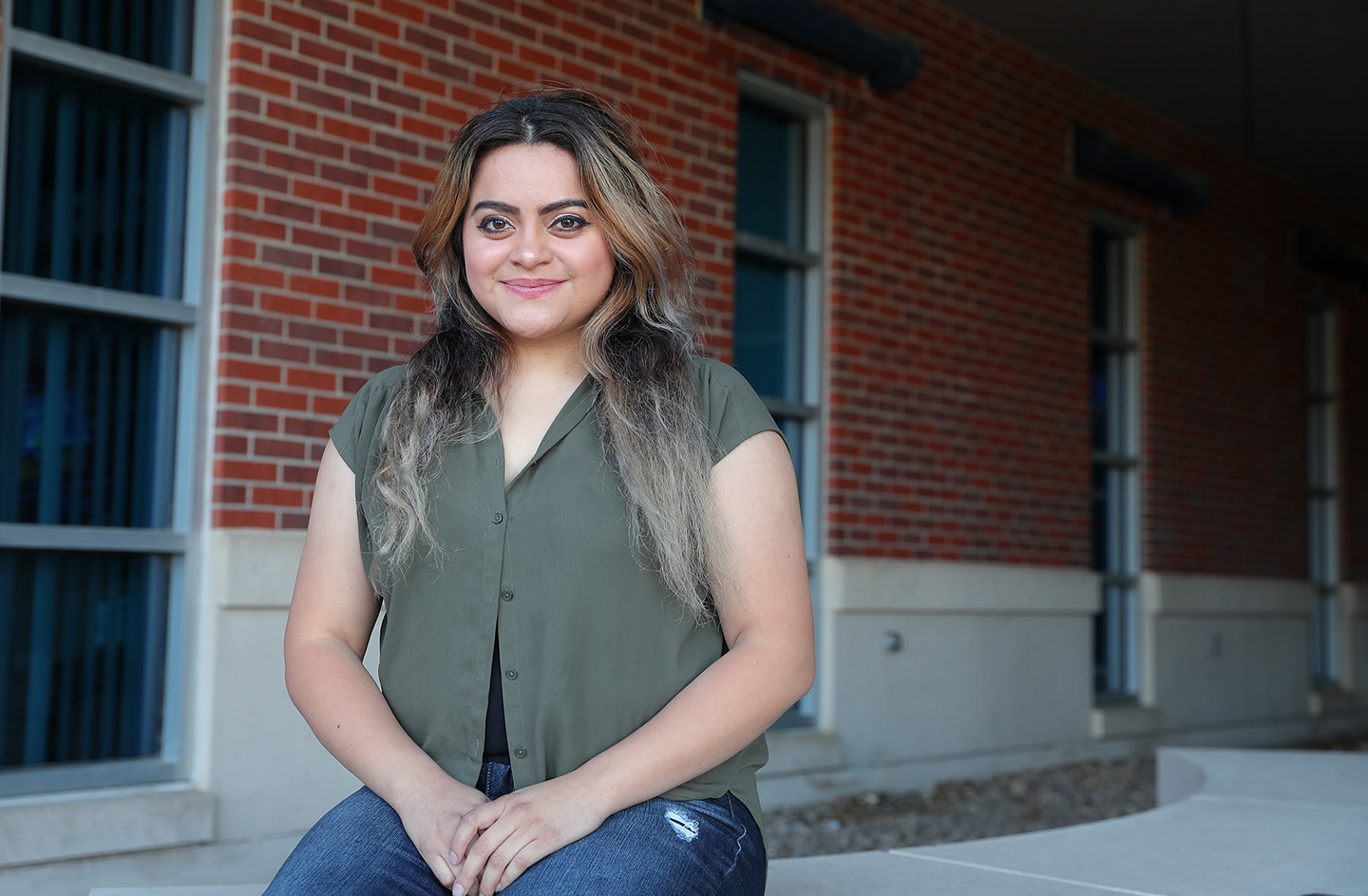 “There’s a lot of diversity and I really love that,” she said. “It feels like I’m at home.”

The family studies major receives academic and social support through the Thompson Scholars program, a network of students, faculty and staff who promote campus engagement and assist with the transition to college.

She also serves as president of First Gen Lopers, a student organization launched earlier this year. First Gen Lopers provides another social network and support system for first-generation students from Day 1 through graduation.

“Our mission is to help students learn about the resources available to them and create those campus connections,” Escobar said. “I want other first-generation students to know they’re not alone. I want them to feel like they’re at home, too.”

The First Gen Lopers group meets every other Thursday at 4 p.m. in the Sisler Room inside the Memorial Student Affairs Building. There’s also a virtual option for students who can’t attend in person. The next meeting is Nov. 4. 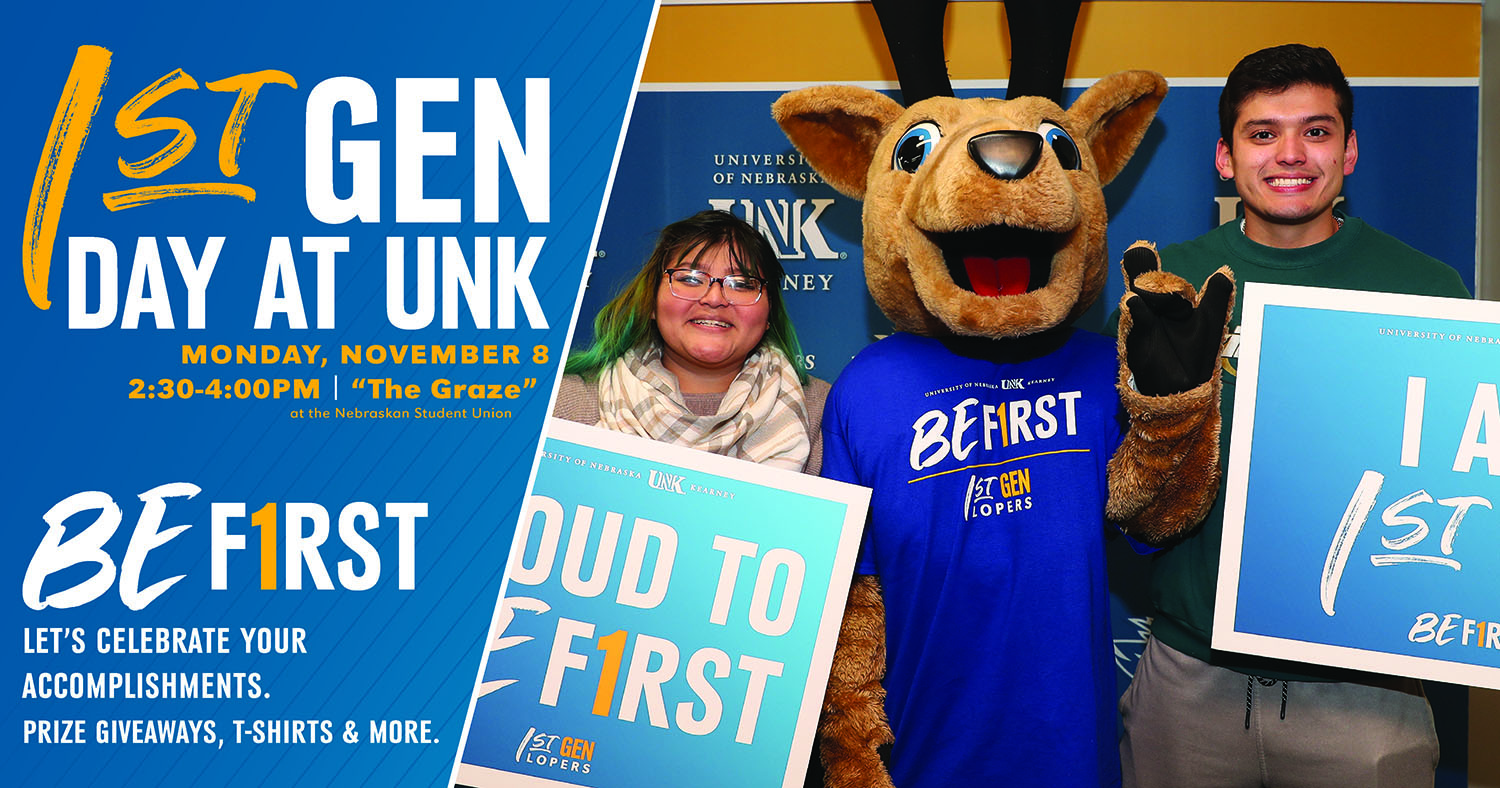 Being a first-generation student is a badge of honor at UNK, where roughly 4 in 10 students can proudly claim this distinction.

UNK will recognize its first-generation students, faculty and staff and celebrate their successes 2:30 p.m. Monday, Nov. 8, during the third annual First Gen Day. The entire campus community is invited to attend the event at The Graze, the recently renovated dining hall inside the Nebraskan Student Union.

The celebration includes free T-shirts and other giveaways, a photo booth and complimentary treats from Sodexo. Adrian Gomez Ramos, a first-generation student and May 2021 graduate, is the featured speaker.

UNK’s First Gen Day coincides with the National First-Generation College Celebration and the Nov. 8 anniversary of the Higher Education Act of 1965, which created a range of initiatives to help low-income, first-generation and underrepresented students obtain college degrees.