She’s involved in so many groups and activities at the University of Nebraska at Kearney, and she loves them all.

The senior from York is a poster child for the well-rounded college experience UNK is known for.

Rockenbach was already making connections during her first week on campus. She joined Alpha Omicron Pi – one of six sororities at UNK – along with her freshman roommate Hannah Haynes of Columbus, who currently serves as the group’s president.

That decision led to countless campus and community service opportunities, as well as numerous new friendships.

“I’ve met a lot of great people through Alpha Omicron Pi. It’s just been a really positive experience,” said Rockenbach, who has held various leadership positions within the sorority.

She branched out even further by serving as a campus tour guide, New Student Enrollment leader and resident assistant, allowing her to introduce future Lopers to UNK and provide support for first-year students as they transition to college life.

Whitney Schneider-Cline, an assistant professor in UNK’s Department of Communication Disorders, has seen Rockenbach shine in those roles.

“Holly represents UNK so well,” she said. “In her interactions with potential students, as well as with faculty and current students, she shows what it means to be a Loper. Her involvement on campus makes a difference for others and has given her opportunities to thrive as a student leader.”

In addition to serving as Rockenbach’s academic adviser, Schneider-Cline is the faculty adviser for the Kearney Student Speech, Language and Hearing Association, an organization that provides experiential learning opportunities for students studying communication disorders. Rockenbach is the group’s president.

She’s also a member of the UNK Honors Program, Loper Programming and Activities Council, Catholic Newman Center and Mortar Board and Order of Omega honor societies.

“Inside and outside the classroom, she makes the most of every opportunity available to her,” Schneider-Cline said. “She is involved in so much on campus and has grown so much as a future professional during her time at UNK.”

As an undergraduate researcher, Rockenbach has studied autism spectrum disorders and their impact on children’s communication skills. She also spends about 20-25 hours a week at UNK’s Plambeck Early Childhood Education Center, where she’s employed part time.

That hands-on experience has been very beneficial, according to Rockenbach, who plans to pursue a master’s degree in speech-language pathology after graduating in May. She wants to work with younger children in her professional career.

A special education minor, Rockenbach volunteers with several community organizations, including Special Musicians, a nonprofit music program for youths with intellectual disabilities, and TOPSoccer, a youth soccer program for players with physical or developmental disabilities.

“Her knowledge, paired with her life experiences, has paved the way for success as a graduate student and beyond as a future speech-language pathologist,” Schneider-Cline said.

Rockenbach, who was voted homecoming queen earlier this month, said her time at UNK has “exceeded all expectations.”

“Being a Loper is great,” she said. “I’ve loved my experience here.”

Her younger sister Natalie loves it here, too. The freshman elementary education major followed her big sister to UNK and even joined the same sorority.

“I don’t think she really considered anywhere else,” Rockenbach said. “She heard all the good things I had to say about UNK.” 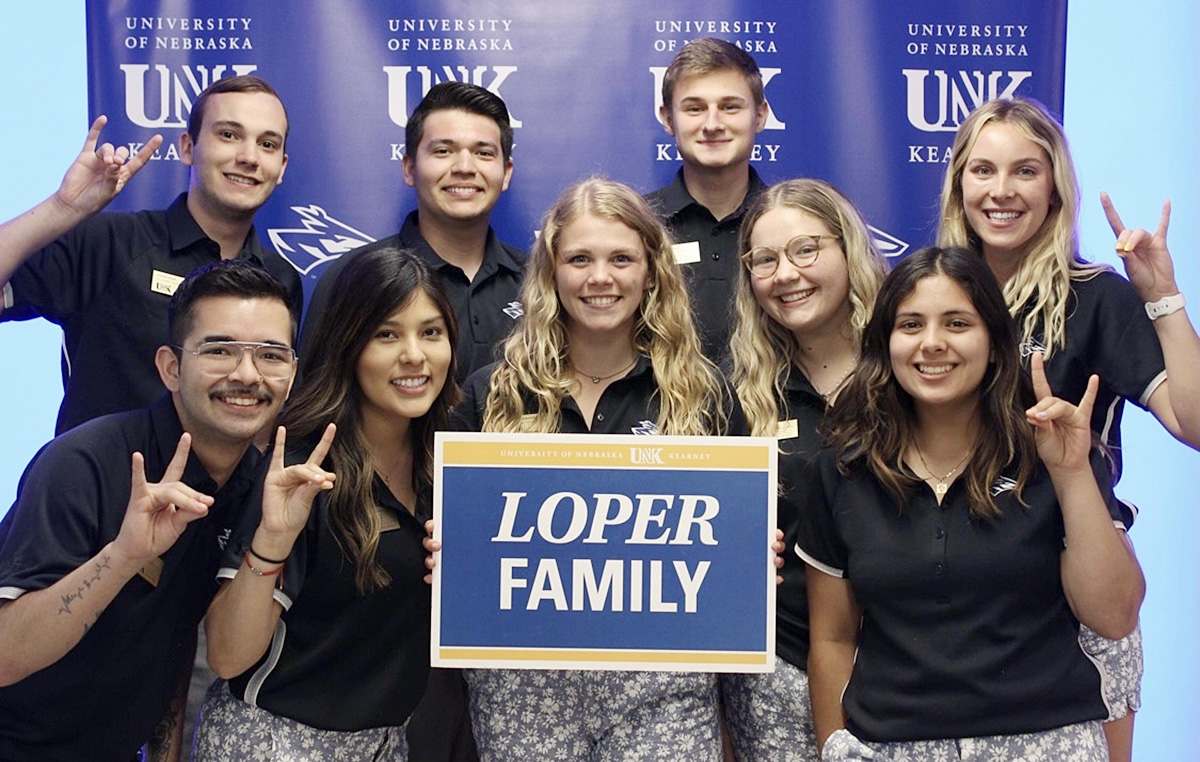