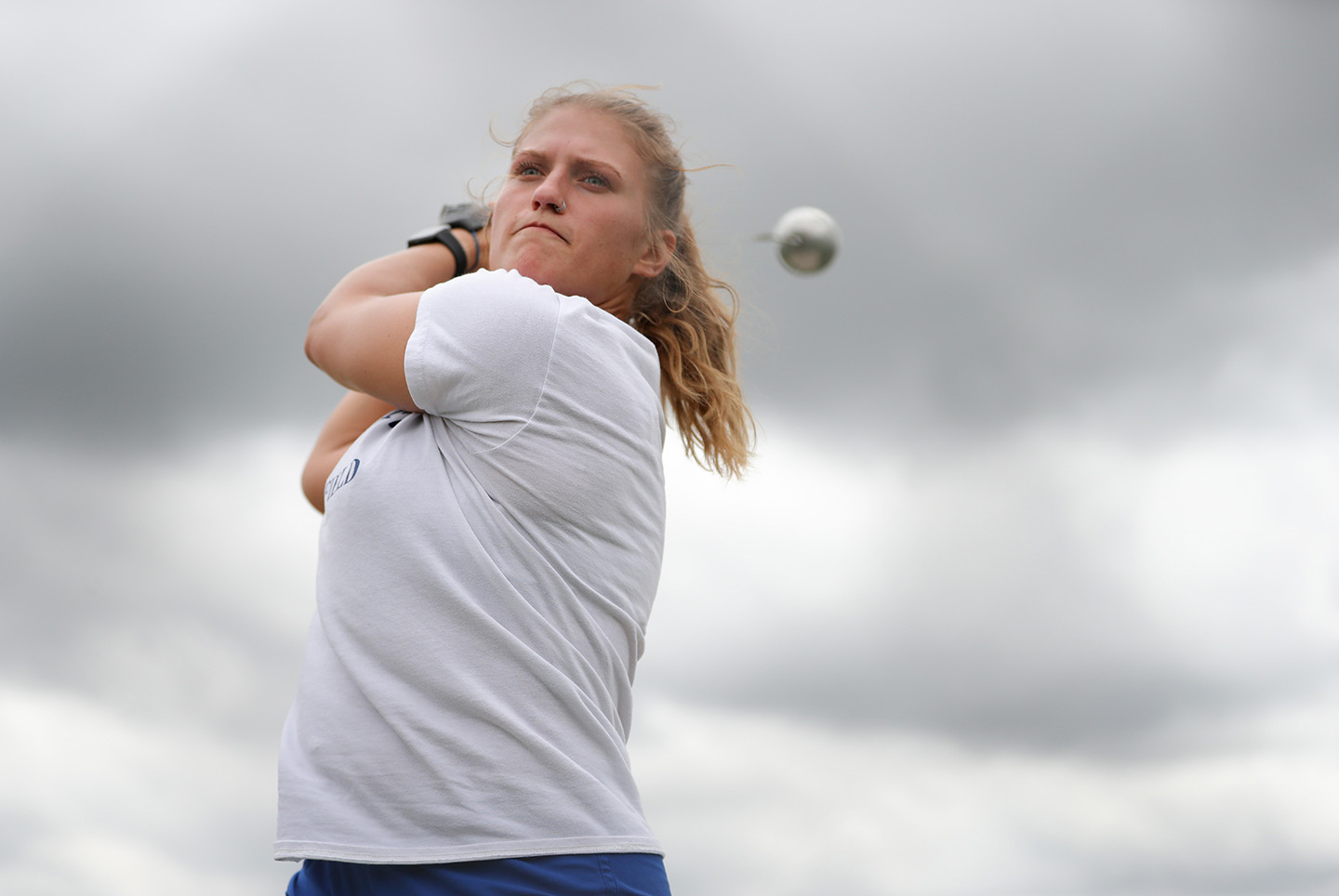 The Division II Outdoor Track and Field Championships will be livestreamed at ncaa.com.

She doesn’t want to be the best she can be. That’s not enough. She wants to be better than everyone else.

“I set high expectations for myself,” said Schmidt, a thrower on the University of Nebraska at Kearney track and field team. 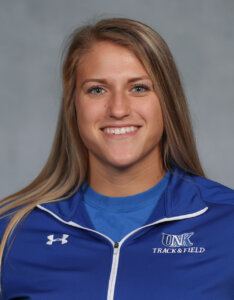 The McCook High School graduate arrived on campus in 2016 with a pretty lofty goal in mind. “I wanted to break all the school records,” she said.

And she was willing to put in the necessary work to make that happen.

Physically, Schmidt is a completely different athlete than she was five years ago.

That’s a testament to her dedication.

Schmidt spends 10-plus hours a week training, whether she’s working out in the weight room or practicing her throwing technique. It’s a year-round routine.

“Her commitment to being successful is what got her to where she needs to be,” said UNK throws coach Dane Tobey, who uses words like disciplined, competitive and leader to describe Schmidt.

She suffered a torn ACL within her first month on campus and met that challenge head-on, Tobey noted. “Since then, you’ve seen someone who is willing to put everything she has into the sport.”

Of course, her natural talent helps, too.

A three-sport athlete during high school, Schmidt earned state medals in the shot put and long jump for McCook. One former UNK assistant coach even lobbied for her to continue competing in both events during college, a suggestion she chuckles at now.

That’s OK, though. Her current coaches are plenty happy with the direction her career has gone.

Tobey doesn’t mince words when talking about Schmidt’s impact on the UNK track and field program, calling her “one of the best athletes to ever step foot on campus.”

“If you look at her strength numbers and her power output numbers, they’re through the roof,” he said. “Her accomplishments rank right up there with some of the greats of all-time, and she’s doing it at a time when Division II track and field is at its greatest. The competition level is so high right now.”

Schmidt has qualified for the NCAA Division II Track and Field Championships five times, including the 2020 indoor event that was canceled by COVID-19. She’s earned All-American honors four times, despite missing an entire outdoor season because of the pandemic.

Her final year has been particularly remarkable.

In December, Schmidt broke her own school record in the indoor weight throw, then passed that mark with a toss of 63 feet, 1 1/2 inches the following month. The previous record, 59-11, was set by 10-time All-American Janet Boettcher in February 2001.

Schmidt went on to become just the third Loper woman to win an MIAA indoor title when she tossed the weight 62-2 1/2 in February. That same distance earned her sixth place at the Division II Indoor Track and Field Championships less than two weeks later.

You can bet Schmidt has her eyes on both records entering the Division II Outdoor Track and Field Championships, which begin Thursday at Grand Valley State University in Allendale, Michigan.

“I want to prove to myself that I’m capable of doing it,” she said. “I don’t think many people expected someone of my size to throw as far as I do. So, I kind of want to prove them wrong but also prove myself right.”

The UNK thrower ranks fourth nationally in the shot put and eighth in the hammer throw – one spot ahead of teammate Logan Prater – heading into the three-day event. In addition to Schmidt and Prater, who also qualified in the discus, three other Lopers are competing in the national championships – Abby Everitt and Brayden Sorensen in the high jump and Luke Stuckey in the 1,500-meter run.

Regardless of how she performs this week, Schmidt will have a spot in Loper lore.

“She’d probably be on the Mount Rushmore of female athletes in UNK history,” Tobey said.

Despite all her successes as an athlete, Schmidt is actually prouder of her accomplishments in the classroom.

She’s received academic honors from the MIAA and U.S. Track and Field and Cross Country Coaches Association every year and was a regular on the UNK dean’s list.

But even that 3.5 GPA didn’t meet her high expectations.

“I slacked off my freshman year,” she said with a smile.

Schmidt has one more year of eligibility left, and Tobey really hoped she’d take it. However, that’s not the plan.

The 23-year-old graduated May 7 with a degree in exercise science and she’ll attend chiropractic school at Cleveland University in Kansas City this fall.

Although she’ll be gone, Tobey expects that competitive spirit to live on through her teammates.

“That’s what you look for as a coach is someone who’s going to leave a lasting impact on your program,” he said. 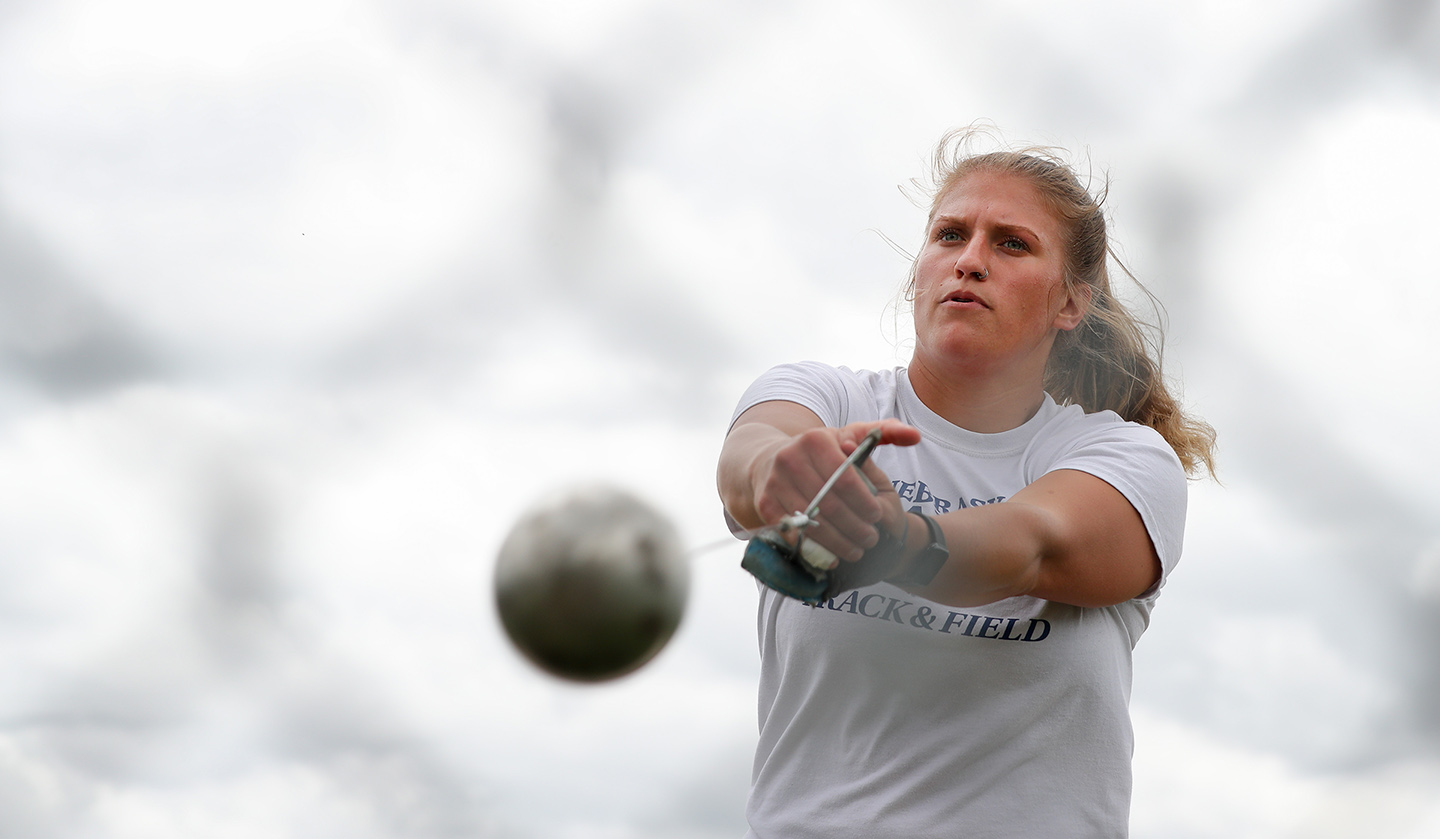 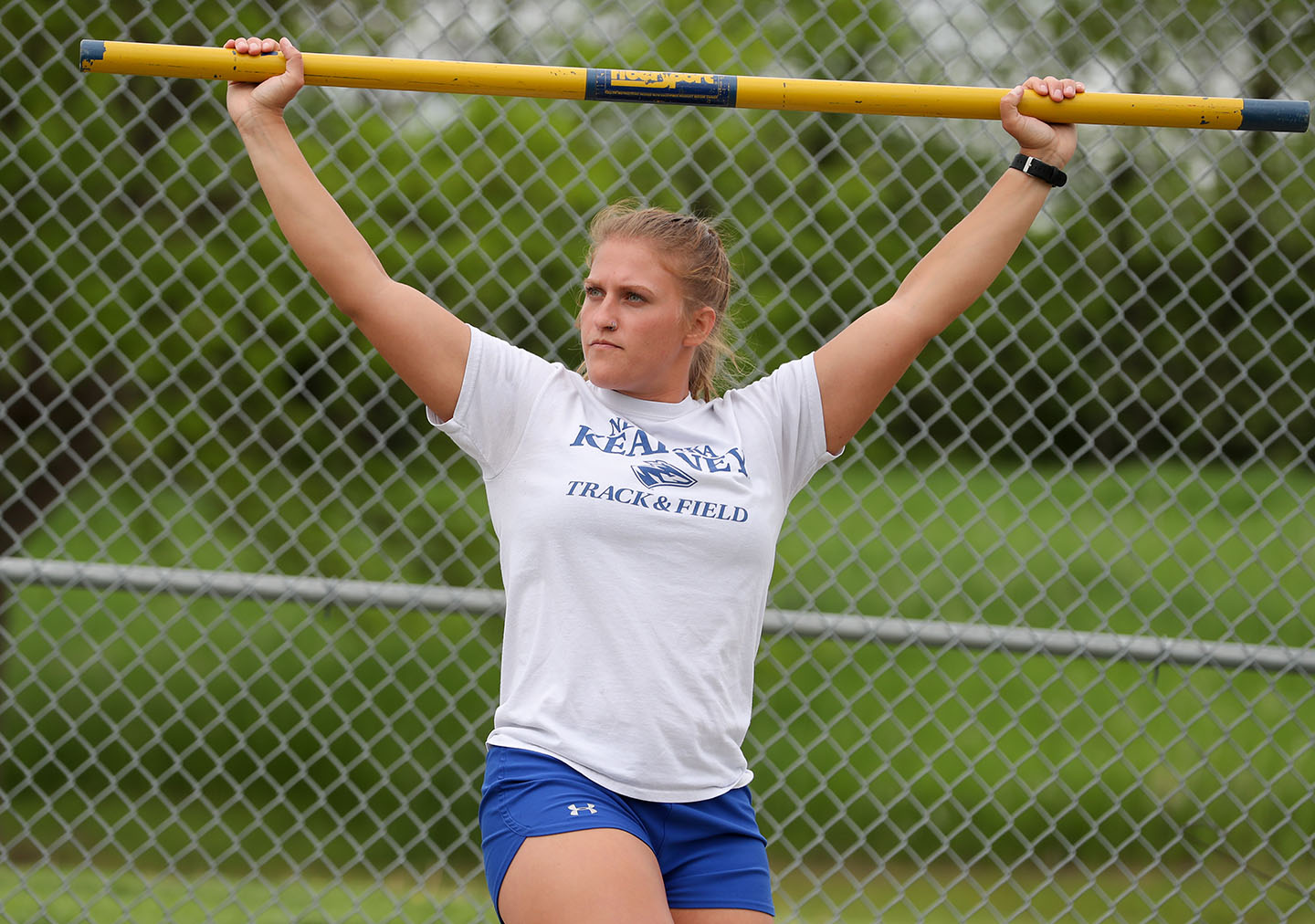 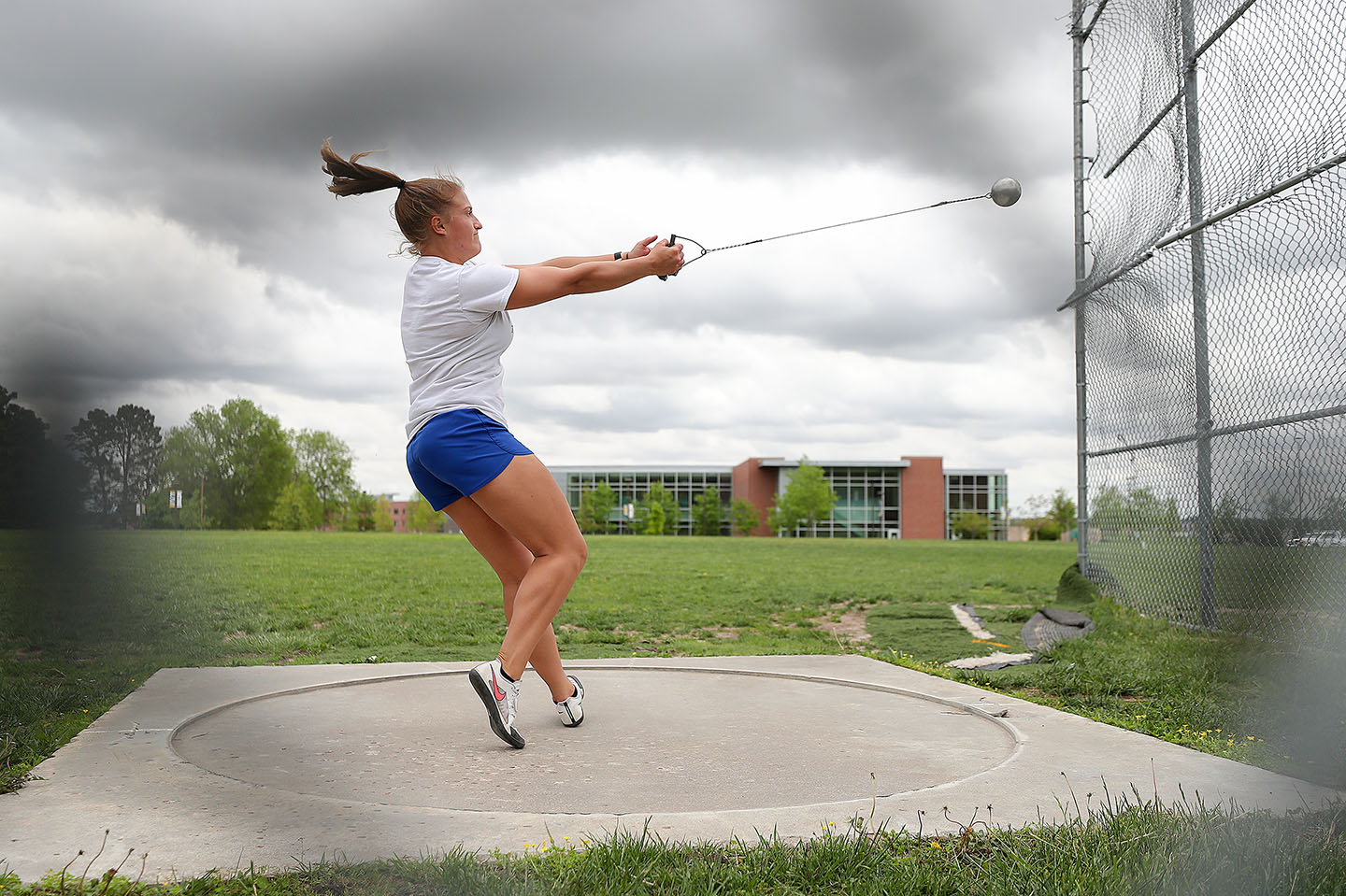