KEARNEY – Preston Hall already knew he wanted to work in health care when he started classes at the University of Nebraska at Kearney. 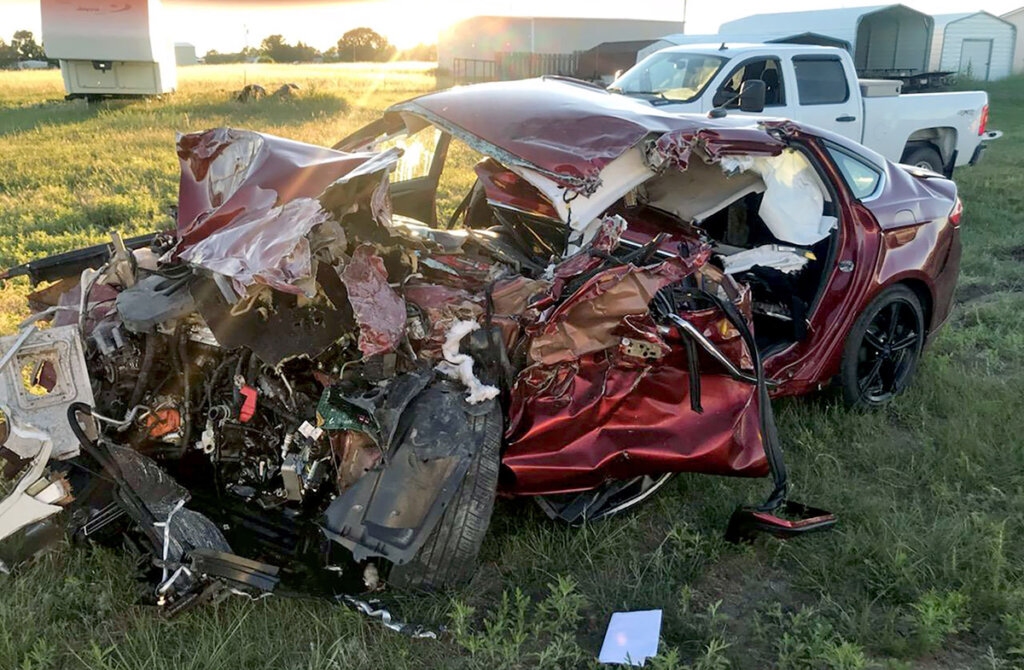 That decision took on greater meaning in summer 2018, when he was the one in need of lifesaving care.

Then a junior at UNK, Hall was returning from a weekend trip to Valentine when his southbound Ford Fusion and a northbound motor home collided on U.S. Highway 83 near Thedford. The head-on crash crumpled his four-door sedan like a soda can, trapping the 20-year-old Loper football player inside.

To this day, he has no memory of the accident or the ensuing few days.

“The last thing I remember was taking a shower that morning,” said Hall, who is lucky to be alive.

He was transported by medical helicopter to CHI Health Good Samaritan in Kearney, then the University of Nebraska Medical Center in Omaha, where he spent five days in the trauma intensive care unit. The Schuyler native suffered life-threatening internal injuries, as well as a broken pelvis, numerous broken ribs and extensive damage to his left leg.

He was hospitalized at UNMC for a total of 19 days, followed by another two weeks at Madonna Rehabilitation Hospital in Lincoln before being released on Aug. 2, 2018. 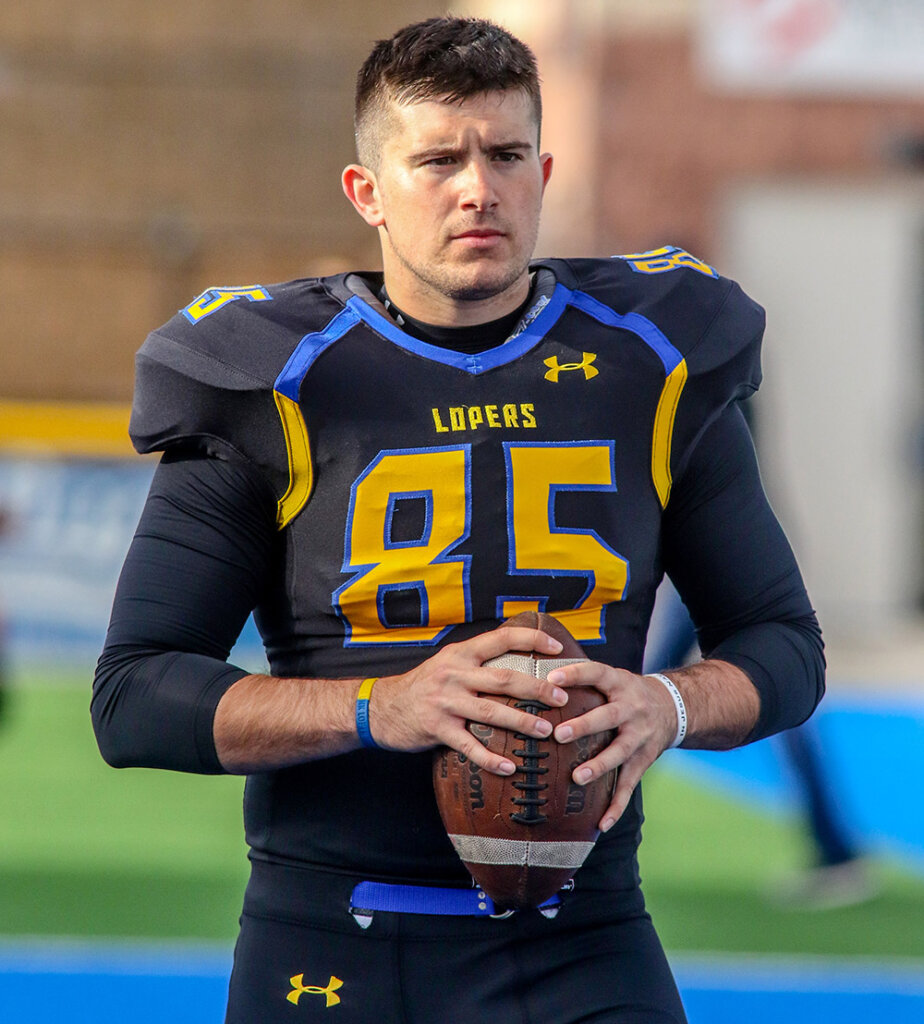 Hall was able to return to the classroom that fall, but the accident ended his football career. Although his coaches and teammates were “super supportive,” the former tight end had a difficult time adjusting to his new role as a spectator.

“It was hard for me to go to the games,” he said. “As great as everyone was, and I loved seeing them, it was just hard to see everyone out there running around, having fun and enjoying the game. I knew I couldn’t ever do that again.”

“Running sucks anyway, so that’s fine. I’m not going to miss it that much,” he joked.

That comment alone is a sign of Hall’s progress. For the longest time, he didn’t like talking about the accident and how it changed his life.

And he’s grateful for the health care professionals who helped him get to this point. 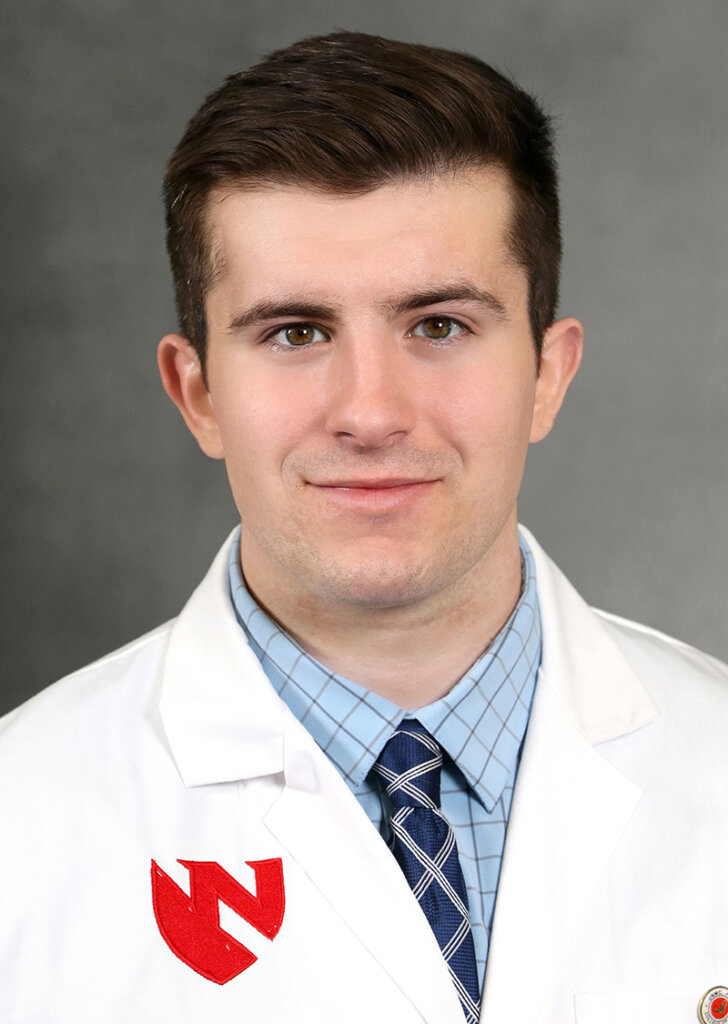 “UNMC in Omaha is a great place,” he said. “The doctors and nurses there are amazing. I can’t speak highly enough about them.”

It was the nurses, in particular, who made a lasting impact. After finishing his preprofessional studies at UNK, Hall enrolled in the UNMC College of Nursing, taking classes at the Kearney campus.

He graduated Thursday evening with a Bachelor of Science in Nursing and will start his new job in the intensive care unit at CHI Health Good Samaritan this summer.

“The main reason I want to work in the ICU is because I was there,” said Hall, now 23. “I know what it’s like to be in that situation and I can relate to patients. I think it’s the best fit for me.”

Over the past three years, there’s one thing that hasn’t changed. Hall still wants to help people.

“I’m happy that I’ll be there to do everything I can for them,” he said. 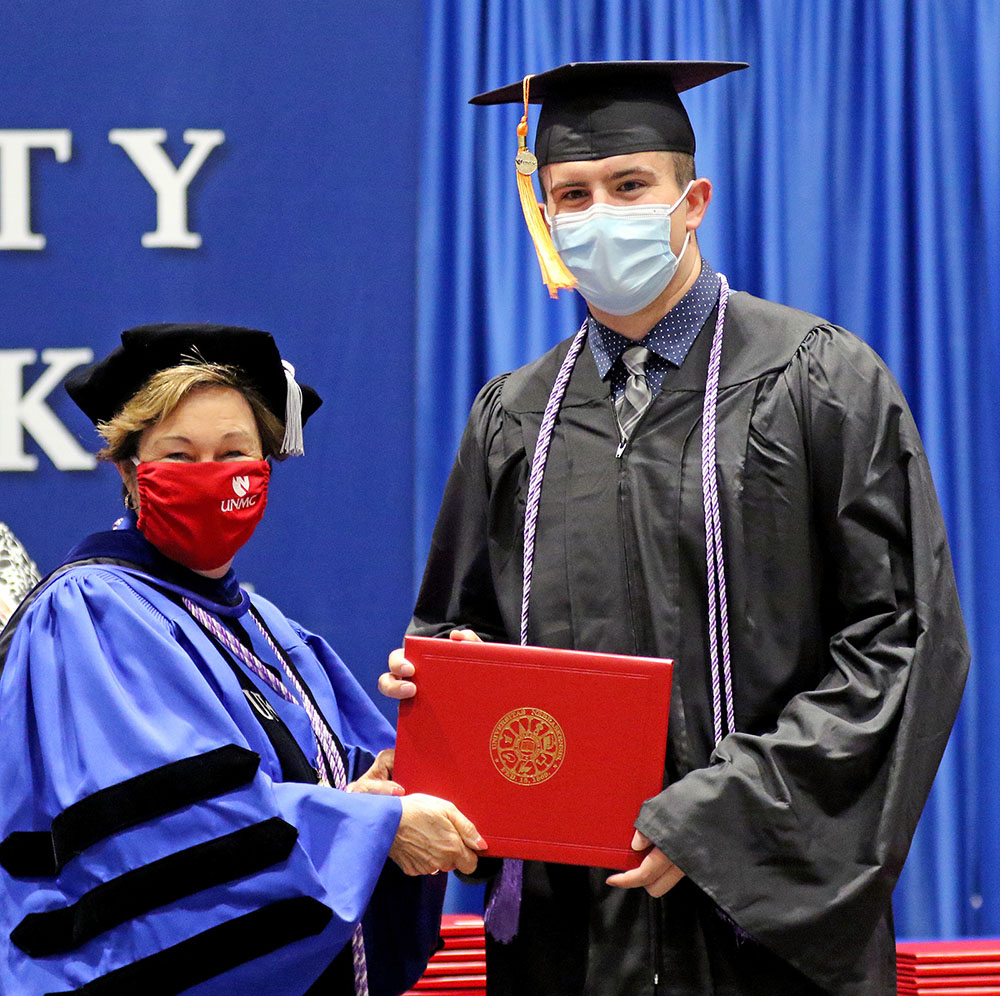