KEARNEY – Claire Neil talks the talk and walks the walk – “although she doesn’t talk a lot.”

She’s definitely not the most vocal player, but she leads by example. Neil is always on time, never makes excuses and gives nothing less than 100% effort. She’s supportive of her teammates and outstanding in the classroom, carrying a 3.97 GPA while studying communication disorders.

Shafer calls her a “paragon for what a student-athlete should be.”

“Claire is the leader every team needs,” he said. “She followed through on everything she said she would do.”

Other coaches in the Mid-America Intercollegiate Athletics Association (MIAA) seem to agree. They selected her as the 2021 MIAA Sportsmanship Award winner, an honor she also received in 2019.

Only one other UNK women’s tennis player has earned the award, Neil’s older sister Emma in 2018.

After a standout career at Papillion-La Vista High School, where she was a two-time Class A state qualifier in No. 1 singles and two-time state runner-up in No. 1 doubles, Neil decided to follow her sister west to Kearney.

“I knew I wanted to play tennis, and I already knew the coaches from her, which was nice,” Neil said. “I also knew the communication disorders department was really good at Kearney.”

Having Emma on campus eased the transition to college, according to Neil, who shrugs off any notion of a sibling rivalry. 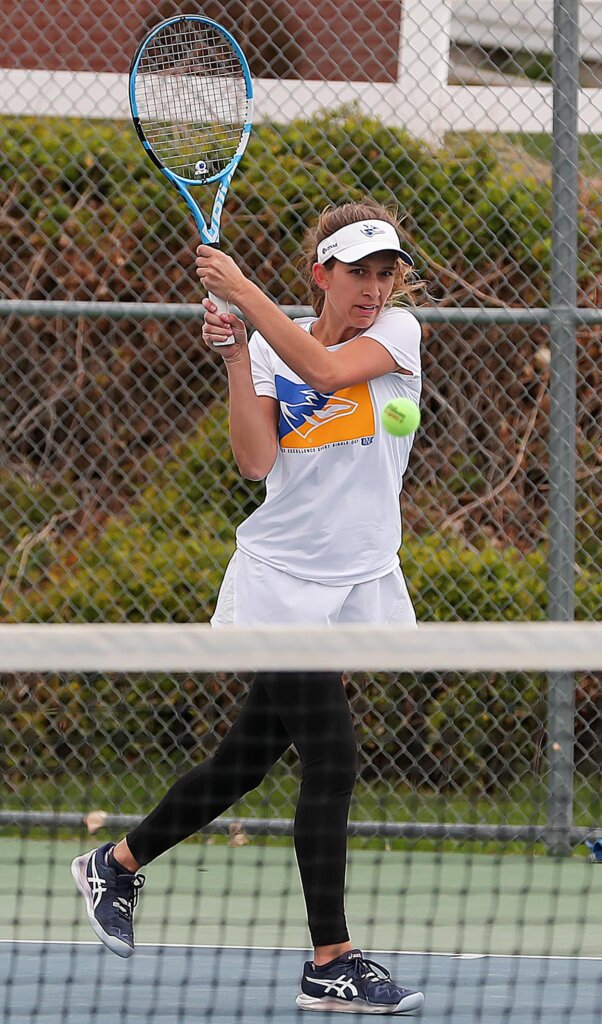 The siblings played together for one year before Emma graduated in December 2018 with a degree in social science education. Big sister set pretty high standards in the classroom and on the court, winning a program-record 149 matches.

“That’s a lot to live up to,” Neil said with a laugh. “But it didn’t really affect me at all.”

A four-year starter in both singles and doubles, Neil immediately filled her sister’s role as team leader.

“She’s gotten better every year in every aspect,” Shafer said.

In addition to her 80 career victories, Neil has been named an MIAA Scholar-Athlete and she’s earned a spot on the MIAA Academic Honor Roll three times. She received the MIAA Academic Excellence Award after posting a perfect 4.0 GPA as a freshman.

Outside of tennis, she was involved in undergraduate research, the Mortar Board senior honor society, Student-Athlete Advisory Committee and Kearney Student Speech Language Hearing Association.

As she prepares to wrap up her college career – the Lopers begin play Friday at the MIAA Tournament in Edmond, Oklahoma – Neil can look back fondly at the friendships she’s made along the way.

“It’s so crazy,” she said. “Everyone says it goes by fast, but it went by so fast. This whole semester I’ve just tried to enjoy every match.”

The 22-year-old admits she’s a little sad to see this chapter of her life end, but she’s also excited about the future. After graduating from UNK next week, Neil will pursue a master’s degree in speech-language pathology at the University of Nebraska-Lincoln.

And you can bet she’ll keep walking the same walk as a graduate student.

“Of course her future is bright,” Shafer said. “She has everything she needs to be successful.” 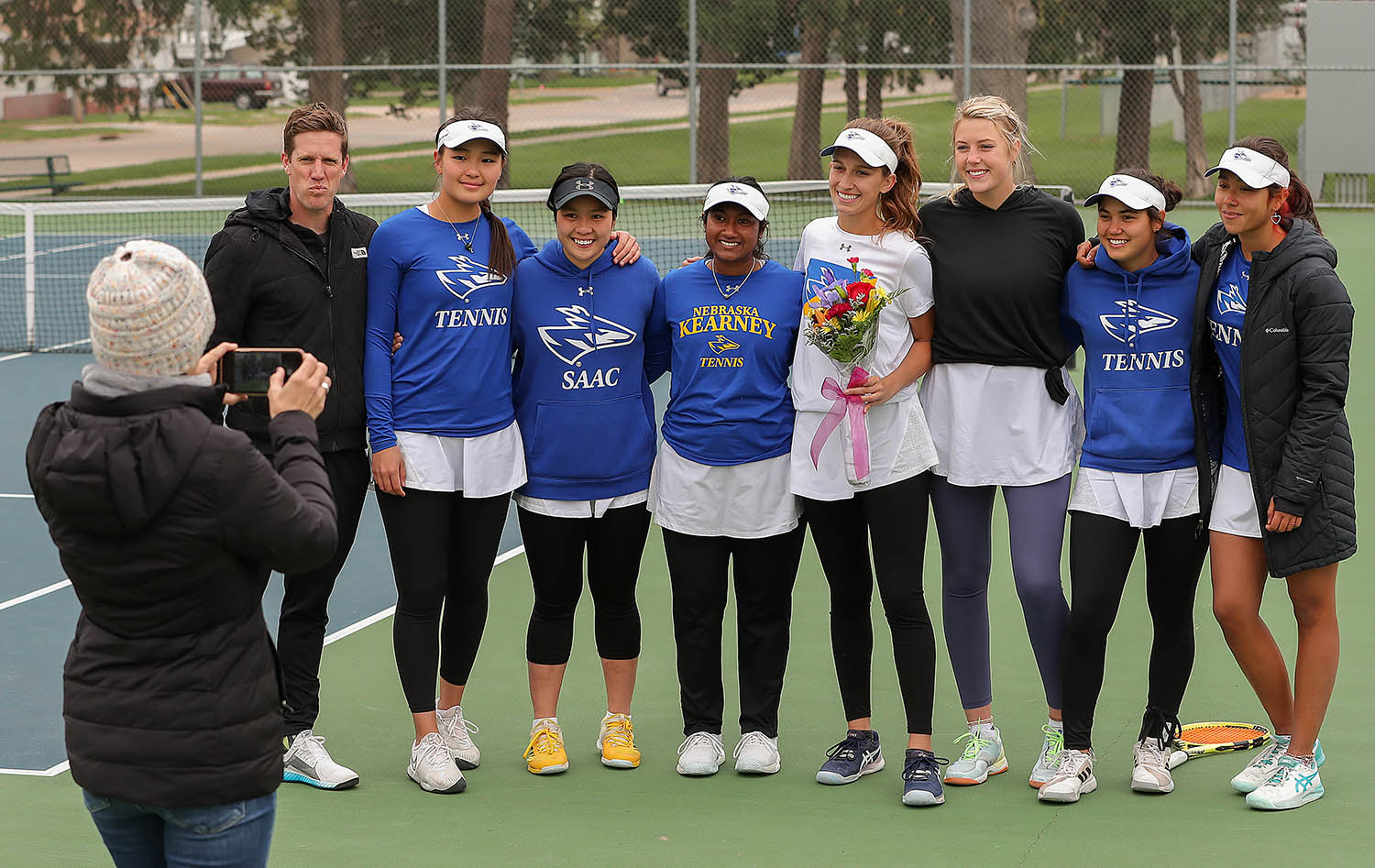