He can’t recall the 11 days when a ventilator pumped oxygen into his weakened body or the moments when his wife Patty stood helplessly in a nearby hallway, wondering whether the love of her life would survive.

“It’s a weird feeling,” Van Horn says. “Where did that part of my life go?”

By all accounts, the longtime custodian at the University of Nebraska at Kearney was in good health when he and Patty attended a softball tournament in Hastings on that hot July day.

When they returned home, Van Horn “just didn’t feel right.” He lost his appetite, developed a headache and was experiencing extreme fatigue.

She knew something was wrong when his symptoms persisted into the following day. When she took her husband to CHI Health Good Samaritan, he had a temperature of 103.5 degrees.

“That was the last time I saw him for about three weeks,” Patty said.

The Van Horns recognized the threat COVID-19 poses – “We were pretty faithful about wearing our masks,” Patty said – but they weren’t expecting the fight that followed.

Doctors told Patty to stay positive, but prepare for the worst.

“It was like a really bad roller-coaster ride,” she said. 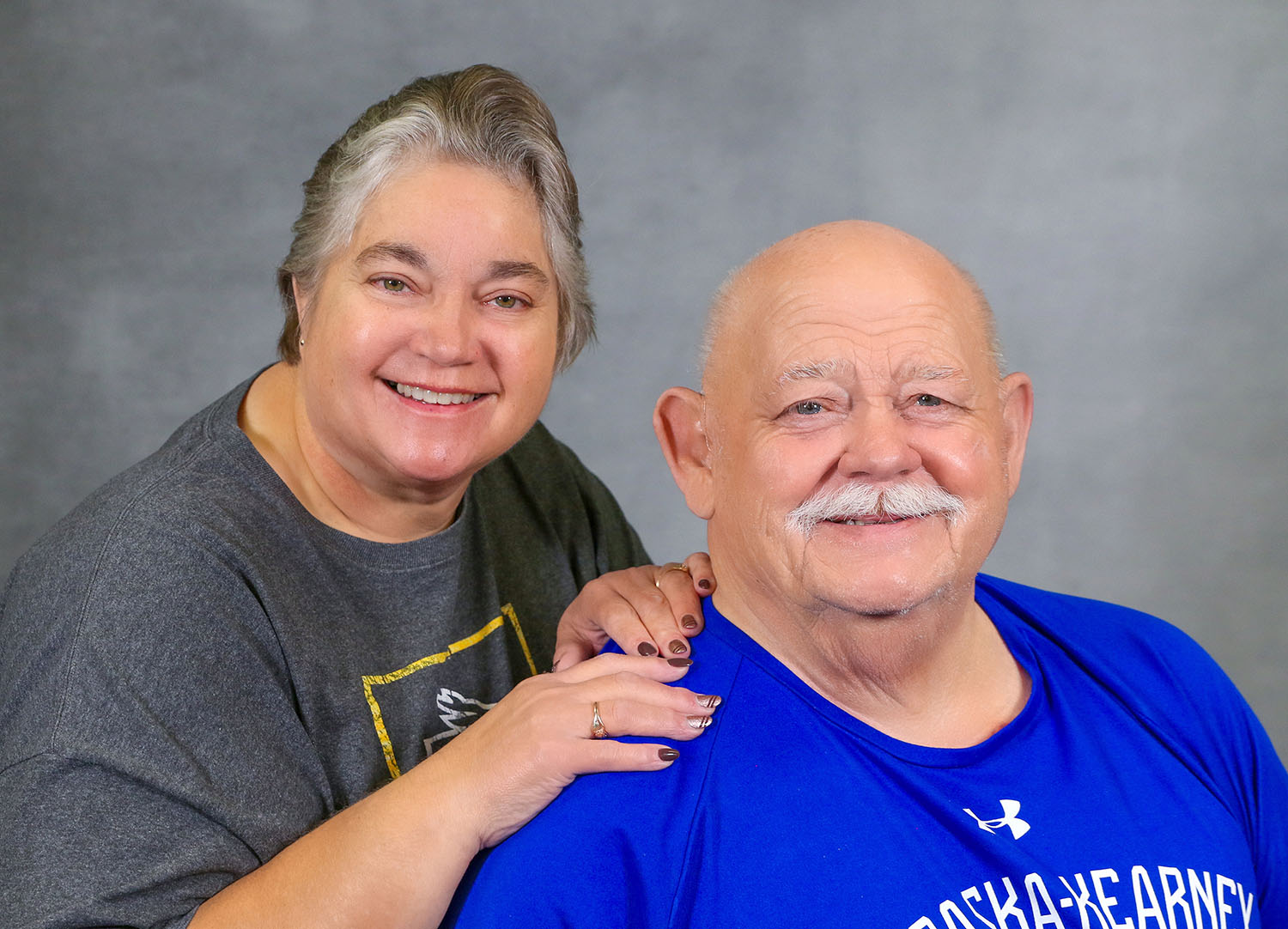 Because of health regulations, Patty wasn’t allowed to visit her husband in the hospital. They talked a few times on the phone and through FaceTime before Van Horn started receiving oxygen therapy to feed his starving lungs.

After a week in the progressive care unit, he was transferred to intensive care.

“It was just a continued decline,” Patty said.

Van Horn’s condition worsened as the virus attacked his heart, kidneys and other organs. Then he developed pneumonia.

Doctors responded with an arsenal of treatments – remdesivir, convalescent plasma, antibiotics, steroids. He received increased oxygen therapy and was eventually placed on a ventilator.

“I was the pesky wife who just kept calling. I think I ruffled a few feathers, I’ll be honest, but that’s just who I am,” she said with a smile that masked the frustration she felt.

Once Patty was allowed inside the hospital, she had to stand in the hallway and look at her husband through a window. She did that for four days before they removed the ventilator tube from his mouth.

Van Horn spent a total of 60 days in the hospital, including three weeks in the ICU and three weeks of rehabilitation, before he was released on Sept. 9.

“Too long for anybody,” her husband added.

The Kearney couple are thankful for the care Van Horn received at CHI Health Good Samaritan and optimistic about his continued recovery.

He had two cardiac stents inserted last month to improve blood flow to his heart, and he attends physical therapy twice a week to strengthen the damaged muscles in his left leg. Van Horn, who could only stand for 30 seconds just a few months ago, still uses a cane or walker to get around.

“COVID completely wiped him out,” Patty said. “It attacks so many different parts of the body that you don’t even realize.”

Van Horn says he “feels wonderful” now. He and his wife were back in the stands for UNK and area high school athletic events this fall, and they’re both participating in local pool leagues.

“We’re definitely very grateful,” said Patty, who credits the power of prayer for helping her husband pull through.

Van Horn has his own explanation. 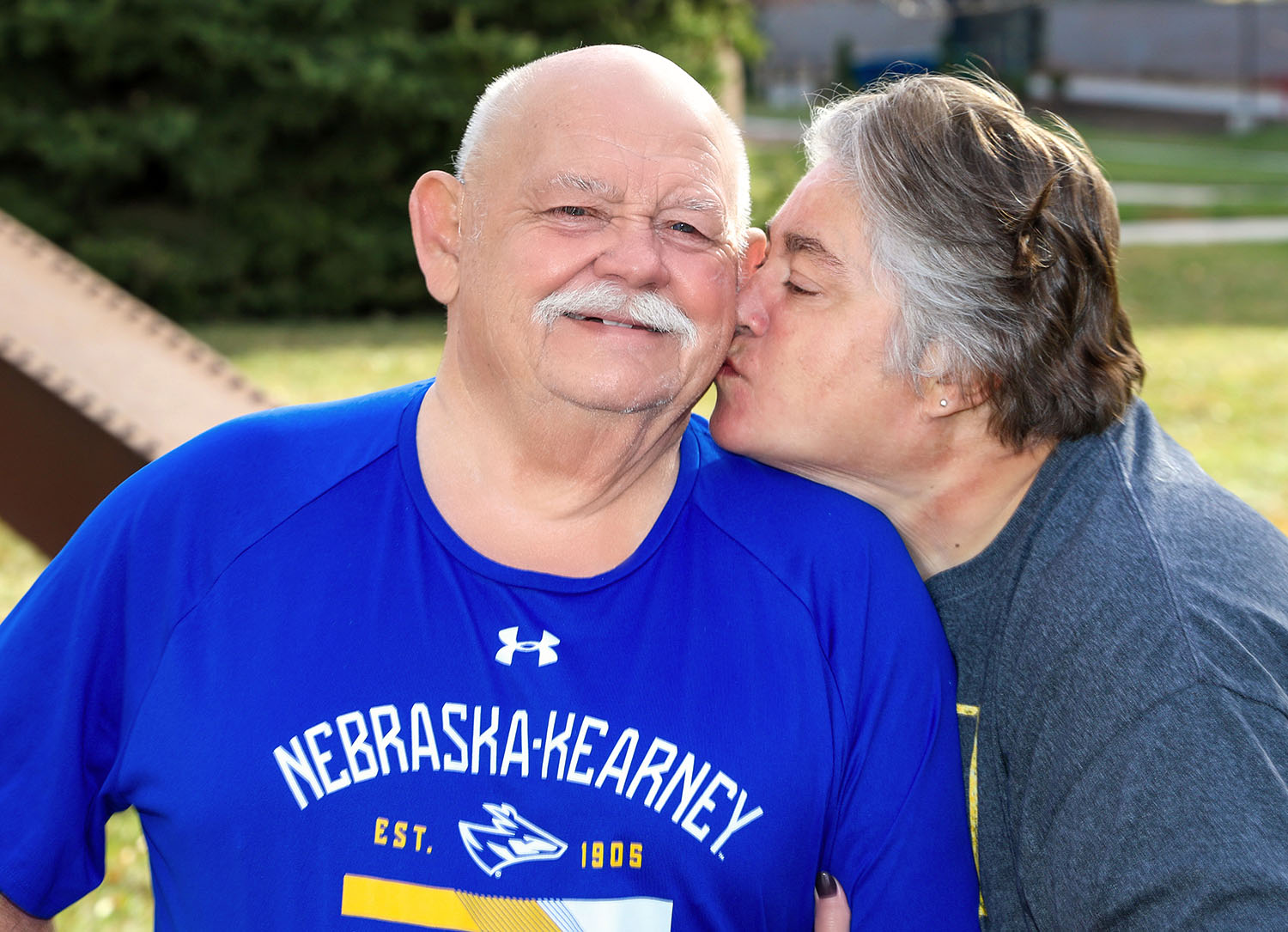