KEARNEY – College commencement is one of the greatest moments in a person’s life.

It’s a time to recognize graduates’ hard work and celebrate their accomplishments with family, friends and classmates.

For University of Nebraska at Kearney student Ryo Kawamoto, that special moment was supposed to occur May 8.

“He was really excited to experience an American graduation, then a worldwide pandemic happened,” said Amy Nebesniak, an associate professor in UNK’s Department of Math and Statistics.

Nebesniak, who met Kawamoto five years ago through UNK’s International Friendship Program, planned to throw him a big party before everything changed.

Because of the coronavirus outbreak, UNK was forced to reschedule its spring commencement. University officials decided to combine the event with the July 31 summer ceremony, giving spring graduates an opportunity to join the celebration and walk across the stage inside the Health and Sports Center. 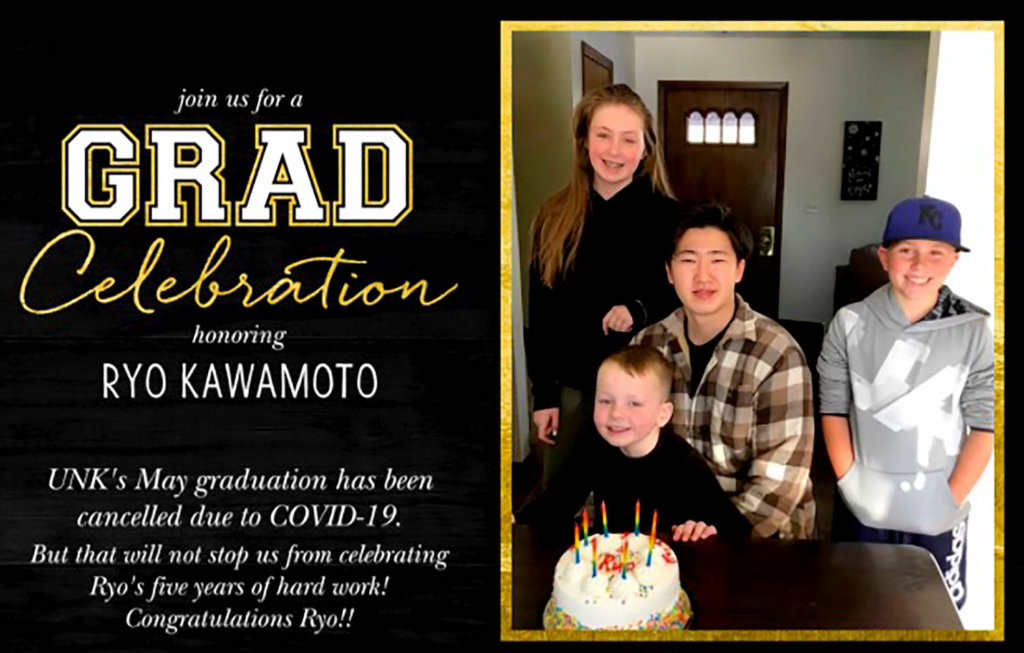 However, Kawamoto won’t be around that long. He’s returning to his hometown of Saitama, Japan, on April 27 to finish the semester remotely and be with his parents during the pandemic.

Nebesniak, who describes Kawamoto as an “older brother” to her three children, wasn’t going to let him leave without doing something special.

“We really wanted him to know how much we care about him and how much he’s impacted our lives over the last five years,” she said.

“Our family is honestly heartbroken that we cannot say goodbye to him the way we had planned. No actual party. No hugs. No driving him to the airport for a last wave goodbye.”

Instead, they planned a different type of memorable moment – a virtual celebration to put that “final UNK touch” on his time here, recognize his success and “let him know how much we are going to miss him.”

The Nebesniaks hosted the surprise event Saturday evening on Zoom, and it featured all the elements of a traditional UNK commencement.

Nebesniak and her children gave career and life advice.

Kawamoto’s fellow Lopers, including several who are also graduating in May, shared their favorite memories from his time at UNK.

And there were tears – lots of tears.

“Through all of this craziness, the only thing that has made me cry is knowing we’re not going to say goodbye to you the way we want to. … It’s been a wonderful five years having you as part of our family,” Nebesniak told Kawamoto, who was dressed in a cap and gown delivered to his apartment earlier that day in a wrapped package.

The 23-year-old also received a graduation cake and homemade diploma, noting his impending degree in business administration with a marketing emphasis, as his parents Atsushi and Miwa watched from their home in Japan.

“I really appreciate it. Thank you so much. I’ll really miss you guys,” Kawamoto, a member of UNK’s Pi Kappa Alpha fraternity, told the group. 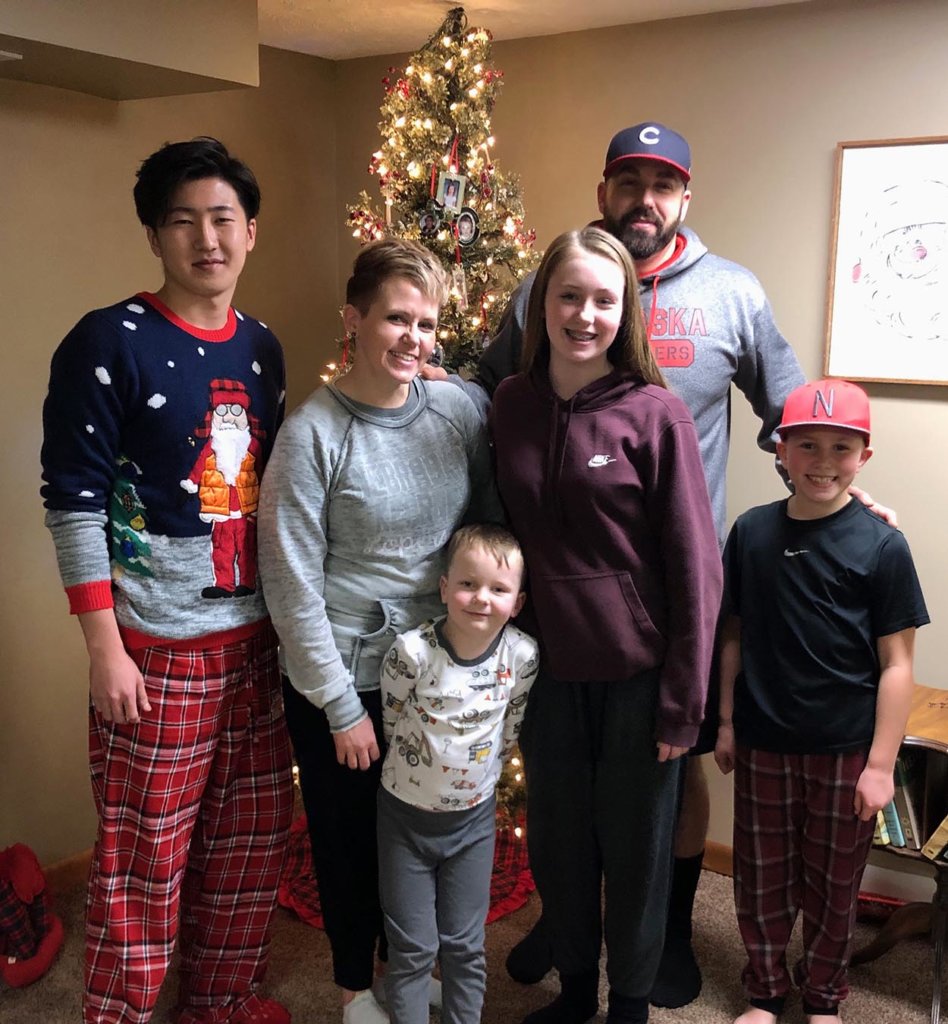 Kawamoto came to UNK in summer 2015 as a student in the English Language Institute before continuing his education in business administration.

He was introduced to the Nebesniaks through the International Friendship Program, which connects international students with Kearney-area families and individuals to provide a local support system and allow them to experience American culture in an off-campus setting.

“I really wanted him to have a place to call home here,” said Nebesniak, who invited Kawamoto to family dinners, holiday get-togethers and birthday celebrations, and was always available to answer any questions he had.

“It’s helped our kids see beyond their own community,” Nebesniak said. “It’s helped them have a bigger view of the world.”

“I am very appreciative of their kindness,” he said.