KEARNEY – The lives of George Sr. and Phoebe Frank are well-documented at the G.W. Frank Museum of History and Culture.

The lavish home’s Colorado sandstone exterior, imported tile, handcarved oak woodwork and beautiful stained-glass window make it clear the family had money, which George earned by investing in real estate. His company built the Kearney Canal, which began producing electricity in 1887 and triggered an industrial boom in the city.

The Frank family’s elegant lifestyle is reflected throughout the museum’s first floor, where numerous items owned primarily by the wealthy are on display.

“The Franks were the 1%. They were the exception,” said April White, interim director of the museum located on the University of Nebraska at Kearney’s west campus. “We needed to tell the whole Frank family story, and you can’t tell the entire history without talking about the servants and how incredibly important they were.”

These servants – a team of housekeepers, cooks, gardeners, stable boys and others – were an essential part of everyday life for the Franks, who employed a staff of 30-plus people to keep things running smoothly.

Although many of them lived in the Frank home, these servants traditionally worked behind-the-scenes. And their place in history is often overlooked.

A new permanent exhibit at the Frank Museum changes that.

“Essential Yet Unseen: Servant Life in the 1890s” will be unveiled 1-4 p.m. Saturday during a public reception. The free event includes refreshments, as well as remarks by UNK College of Arts and Sciences Dean Ryan Teten, assistant history professor Nathan Tye and White beginning at 2 p.m.

The new exhibit allows visitors to step back in time into a recreated 1890s servant’s quarters on the museum’s second floor.

“The servant class represented much more of the typical population of Kearney in the 1890s,” White said. “We’re not just representing the Frank Museum and the Frank family history with this exhibit, we’re also representing Kearney’s history.”

With oversight from White, students from Tye’s museums and archives class spent about three months creating the exhibit using items from the Frank Museum collection, along with a brass bed frame recently donated by former Buffalo County Historical Society board member Pam Artman.

“We wanted to show that these servants were individuals,” White said. “They had interests.” 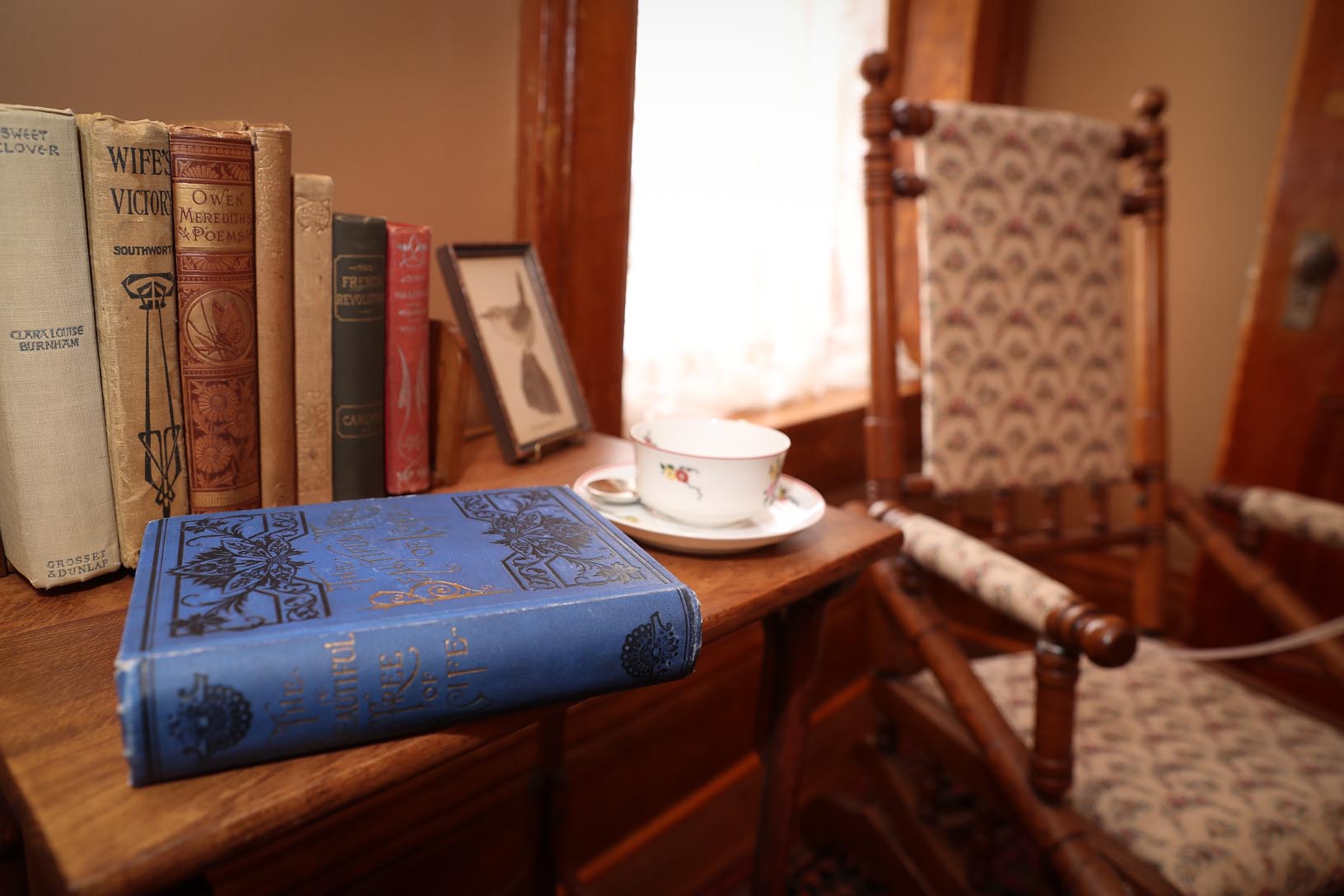 Located at 2010 University Drive, the Frank Museum is open 1-5 p.m. Tuesdays through Fridays and noon-5 p.m. Saturdays and Sundays. Admission is free.

Local architect George William Frank Jr. designed the house – one of the earliest in the Great Plains with electricity when it was completed in 1890 – for his parents, George Sr. and Phoebe Frank. The home was part of the Nebraska State Hospital for Tuberculosis from 1912 until 1972, and it was placed on the National Register of Historic Places in 1973.