KEARNEY – Roughly two-thirds of all drug overdose deaths involve opioids, which kill an average of 130 people in the United States each day.

Of those opioid-related deaths – more than 47,000 in 2017 alone – about a third are caused by pain medications legally prescribed to patients.

The U.S. is in the midst of an “epidemic of prescription opioid overdoses,” according to the Centers for Disease Control and Prevention, which notes that the amount of opioids prescribed and sold in the country has quadrupled since 1999, leading to a fivefold increase in the number of overdose deaths over that time. 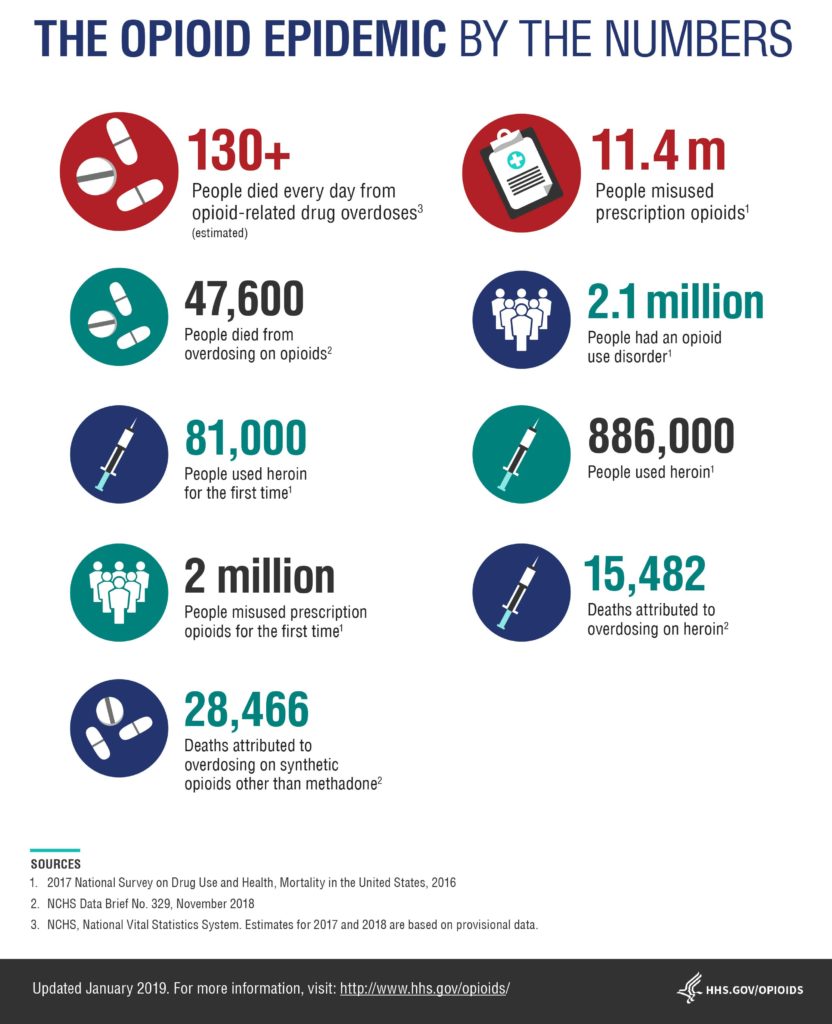 “The opioid crisis is a major issue that’s ruining families,” said Mahesh Pattabiraman, an associate professor of chemistry at the University of Nebraska at Kearney. “There’s an urgent need for potent analgesics that can replace opioids as the gold standard of pain medication.”

Opioids, a class of legal and illegal drugs found naturally in the opium poppy plant, contain chemicals that relax the body and relieve pain. Prescription opioids – some made directly from the plant and others produced by scientists using the same chemical structure – are most often used to treat moderate to severe pain. These powerful and highly addictive painkillers include hydrocodone (Vicodin), oxycodone (OxyContin and Percocet), morphine, codeine and fentanyl, a synthetic opioid 50 to 100 times more potent than morphine.

“It’s the best pain medication out there, and that’s why people are still prescribing opioids,” said Surabhi Chandra, an associate professor of biology at UNK. “But at the same time there’s a lot of abuse going on with opioids and they have so many side effects related to them.”

Pattabiraman and Chandra are working on a potential solution to this national problem.

The husband-and-wife research team believe another compound, incarvillateine (INCA), derived from the Chinese herb Incarvillea sinensis, can be as effective as opioids, without the risk of addiction.

INCA has been widely used in traditional medicine to treat rheumatism and pain, according to Pattabiraman, but it doesn’t work through the opioid pathway. Instead of binding to opioid receptors, which can lead to addiction, Pattabiraman and Chandra are trying to develop synthetic analogs of the natural INCA compound that favor adenosine receptors.

“If we can make analogs of those structures, we can potentially identify a strong anti-pain compound that will not induce addiction,” Pattabiraman said, noting that a drug working through the adenosine pathway has the potential to also be used in cancer treatments. 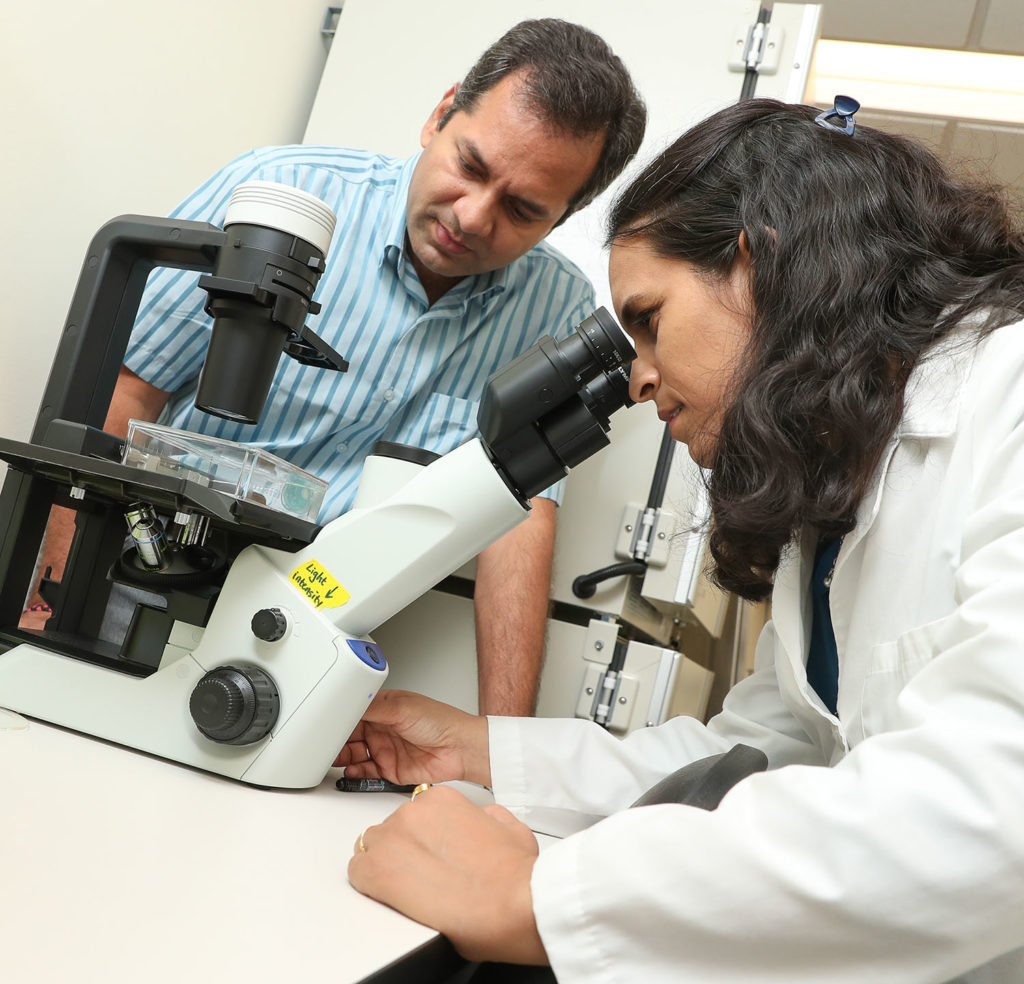 The idea of studying INCA was conceived by Pattabiraman when he realized its structural core is identical to the compounds he synthesizes as a photochemist. Chandra, a pharmacologist by training, studies the molecular/receptor aspects in cells and the analgesic effects in mice.

Luke Hamilton, a Bridgeport native currently pursuing a master’s degree in biology, believes the project could be enormously beneficial for millions of Americans with untreatable chronic pain conditions.

“If our hypothesis is correct, these compounds could serve as the basis for the development of drugs that would prevent pain without the risk of addiction that is so dangerous with opioids,” said Hamilton, who plans to pursue a neuroscience career at an academic medical center.

Pattabiraman and Chandra admit there’s “a lot of ground to cover” when it comes to understanding the INCA compound and how it reacts with adenosine receptors, but they’re optimistic about the project’s future.

“This might not be the most effective compound available, but we can at least reduce the amount of opioids that are prescribed to patients,” Chandra said.

In addition to their lab work, the UNK researchers are also applying for new grants to support the project long-term. It’s currently funded by a one-year grant from the University of Nebraska Medical Center’s Great Plains IDeA Clinical and Transitional Research program.

“We may not be the end group that discovers a medicine, but we can play a part in reaching that milestone,” Pattabiraman said. “This work is definitely going to benefit somebody.”