KEARNEY – Less than two months ago, Jazmin Matias-Trejo was lying in a hospital bed, her future plans seemingly put on hold.

Instead of enjoying the last few weeks of summer break before returning to the University of Nebraska at Kearney, the 19-year-old was wondering whether she’d survive.

“I can’t believe this is happening,” the Wood River native thought to herself as she prepared for the first of two surgeries to remove a large tumor growing in the left side of her brain.

“I still don’t believe it’s real,” Matias-Trejo said. “A 19-year-old with a brain tumor that nobody really knew about? It doesn’t seem real.”

The oldest of five siblings, Matias-Trejo began experiencing severe headaches when she was 10, but the diagnosis was never concerning.

“They just thought I was stressed-out,” she said.

That changed July 3, when she woke up and couldn’t feel the right side of her body.

“I didn’t know what was happening,” Matias-Trejo said. “I couldn’t stand up. I couldn’t move. I couldn’t really think. And when I tried to talk my speech was slurred.”

“I kind of freaked out.”

She tried to get up but fell to the floor.

Her mother Vianey rushed her to Grand Island for medical care. After a CT scan and MRI, a doctor delivered the news.

“That’s when I found out I had a brain tumor that’s been growing the past 10 years,” Matias-Trejo said.

Because of its location, the benign tumor was impacting her motor skills, hearing and vision.

A neurosurgeon at CHI Health St. Francis in Grand Island completed the first five-hour surgery July 29 – when 90% of the tumor was removed – and another operation occurred Aug. 2. Three percent of the tumor still remains behind her left eye because it was too risky to remove.

Matias-Trejo was up and walking two hours after the second operation – which she calls her “miracle surgery” – and she was released from the hospital three days later.

A nurse suggested she take the fall semester off while dealing with the side effects – there’s some memory loss and the hearing in her left ear should slowly improve – but Matias-Trejo had other plans.

With her neurosurgeon’s blessing, she was committed to returning to UNK as quickly as possible.

“I just felt like I needed to do it,” said Matias-Trejo, who attends UNK on a scholarship from the Susan Thompson Buffett Foundation and serves as a mentor in the Thompson Scholars Learning Community.

Matias-Trejo was back on campus Aug. 16 – just two weeks after her final surgery – and she’s currently taking 12 credit hours while mentoring eight freshmen who are also part of the Thompson Scholars program.

Jennifer Harvey, the program’s director, wasn’t surprised by the sophomore’s resiliency, positive attitude and dedication to her education.

“There was no doubt in her mind that she was going to do this, because that’s her goal,” said Harvey, who called Matias-Trejo a reflection of the Thompson Scholars program and the students it serves.

“She’s just a tremendous person,” Harvey said. “What I love about her is she has a heart to serve others and make things better for others, in spite of all the stuff she’s going through. She just goes after whatever needs to be done – no excuses.”

For Matias-Trejo, that motivation comes from her experiences in the Thompson Scholars program, a living learning community that provides academic and social support as students transition to college, promotes campus engagement and offers opportunities for growth and development through graduation. There are more than 400 students in the Thompson Scholars Learning Community, all of whom received the Susan Thompson Buffett Foundation Scholarship awarded to Nebraska high school graduates with financial needs.

“If I didn’t have this scholarship, I don’t think I’d be in college,” said Matias-Trejo, who is majoring in criminal justice with a family studies minor.

As a first-generation college student, she turned to her mentor and other resources for guidance during her freshman year. Now, she’s paying it forward by providing that assistance for a new group of first-year students.

“I feel like you really need somebody to talk to and help you, because when you’re in college you’re kind of by yourself, and the only way you can get help is when you reach out,” said Matias-Trejo, who is also involved with the Define American student organization, Alpha Omicron Pi sorority, Nebraska Cultural Unity Conference and Office of Student Diversity and Inclusion.

Harvey knows Matias-Trejo is the perfect person to fill that mentor role.

“There’s a maturity she has that makes her really remarkable,” Harvey said. “That maturity allows her to be a good listener who is open to the diverse experiences of the students she works with. It helps her to really value education and how it can assist her in life.”

Matias-Trejo doesn’t view herself any differently than the students she mentors each week. She’ll never forget those surgeries – two long scars on the left side of her head and future MRIs will ensure that – yet she’s already looking toward the future, law school and a career as an immigration lawyer.

“I’m just like any other person you see,” she said. “They might be going through a lot, but you’d never know unless you ask or they speak out.” 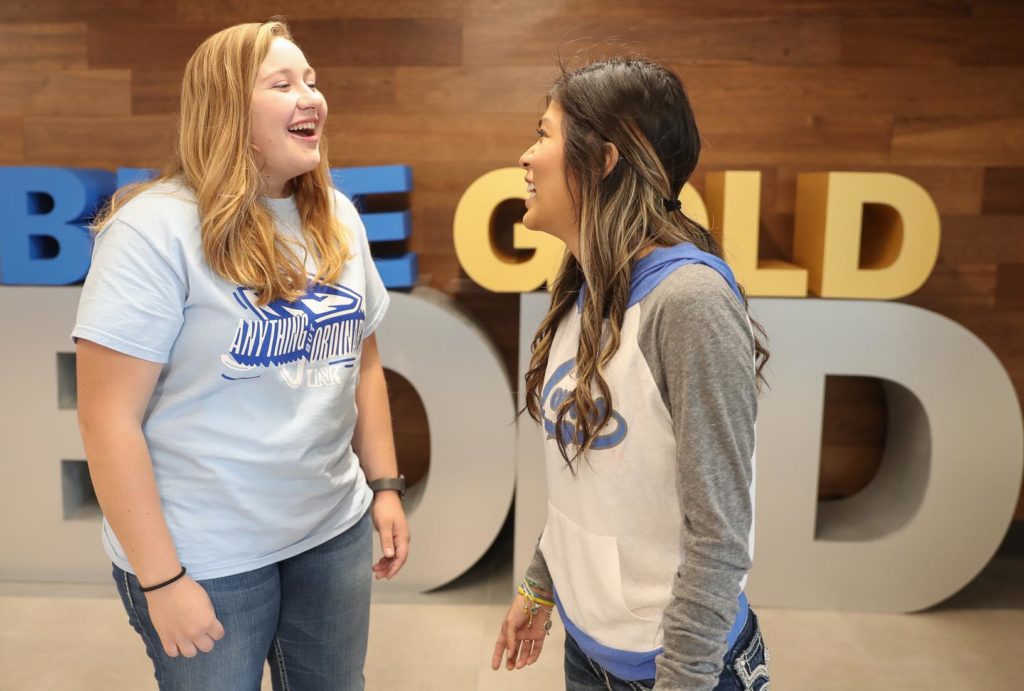 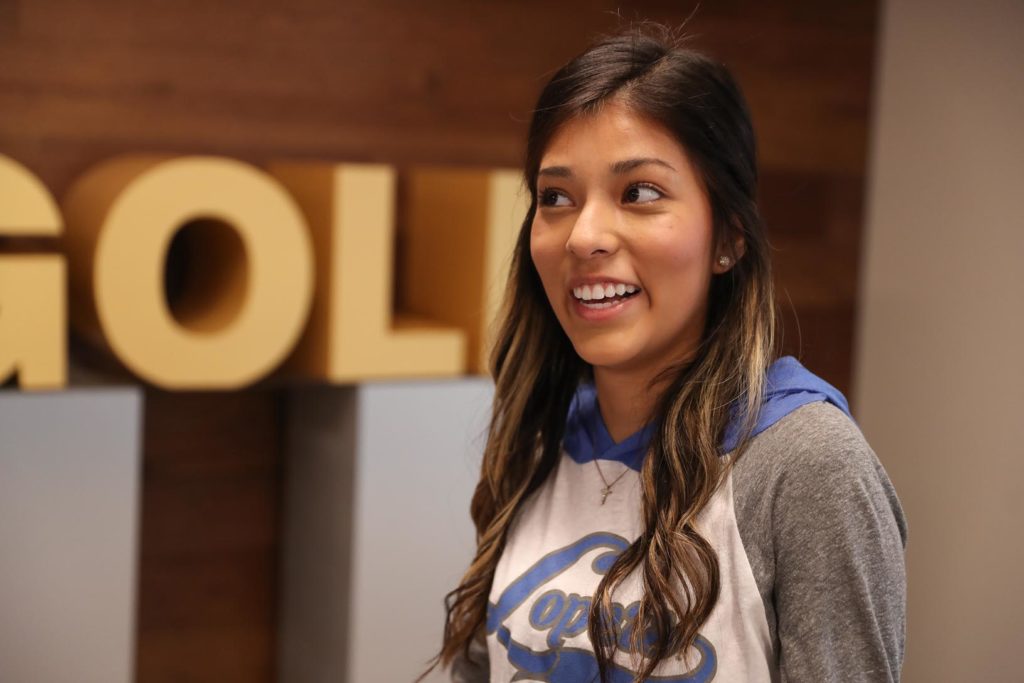