“I cannot say enough good things about Katie and the quality of person and leadership she will bring to UNK Athletics. I believe Katie is one of the brightest up-and-coming coaches in the game, and I am confident that she is going to do some really great things with our softball program,” Bauer said. 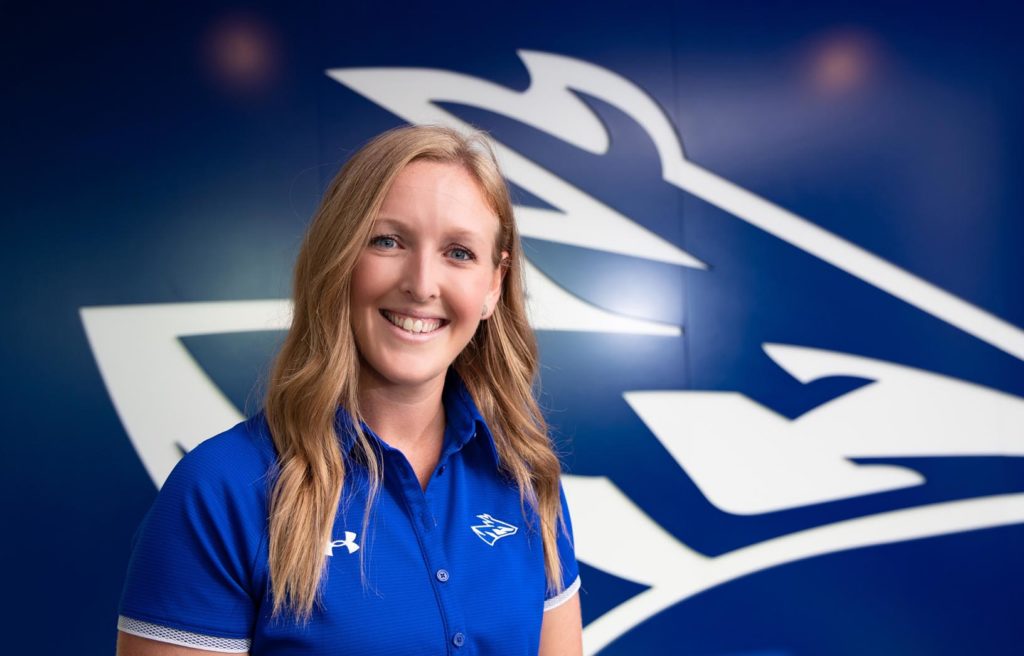 “I’m very grateful for this opportunity.  It’s hard to put in words how special this transition is for a girl who grew up in Kearney. I’m extremely fortunate to be back around family, friends, and individuals who have supported me through my softball career,” Ackermann said. “I want to thank Marc and the athletic staff for choosing me as the person who is going to bring change to this program. I’m excited for the future of UNK softball and I’m ready to get started!”

Holding a B.A. in Criminal Justice and a Master’s in Organizational Management from Chadron State, Ackermann was part of a turnaround at MCC the past three springs. After posting a 22-38 mark in 2017, the Indians won 29 games and the Nebraska Community College Athletic Conference title in 2018. This past spring MCC won a piece of the league crown in winning another 29 games and reaching the Region IX postseason tournament for the first time in three years. Seeded fourth, the Indians advanced to the title game before the season drew to a close.

Ackermann coached three players that earned 2019 All-Region IX honors as well as four Indians that made the Omaha World-Herald’s state All-Junior College team. Several of these players have gone on to sign with four-year schools.

“During my time as an assistant coach at McCook Community College, I’ve gotten the chance to experience a little of what a championship might feel like. That’s scary. Especially for someone as competitive as I am. I’ve gotten close to the real deal and I want more!” Ackermann said. “I want to continue to feed off of the great success we had in the 2019 Region IX Tournament and continue it here at UNK.”

In 2018 McCook was among the top offensive teams in the NJCAA (National Junior College Athletic Association) as it set new team school records for batting average, extra base hits and doubles. In 2017 Ackermann coached the school’s all-time leader in hits, doubles, RBI’s and steals.

“Offense. This is why I played the game. Don’t get me wrong, pitching and defense are extremely important, but if you don’t score, you can’t win. UNK has had great offensive seasons over the last few years.  I want to keep that consistent!”

She helped the McCook Bison win 46 games over three seasons, reaching the Class B state tournament in 2017. That fall McCook upset top-seed Elkhorn South in the first round of the tourney. Subsequently six Bison made the OWH’s Class B all-state team.

“Katie’s experience playing in positions around the diamond has helped her become well-rounded and skilled at teaching the fundamentals of the game. This is quite evident in the impact that she had on McCook Community College softball program,” Bauer said. “Furthermore, Katie is a tireless worker and expects excellence from herself and her players in all areas of life. As far as I am concerned, we’ve hit a grand slam with this hire.”

As a player, Ackermann spent her freshman season at Indian Hills Community College in Ottumwa, Iowa, before transferring to Chadron. The outfielder left the Eagles program as the all-time leader in both career home runs (37) and single season dingers (17). Named second-team All-RMAC (Rocky Mountain Athletic Conference) as a junior in 2010, Ackermann led CSC to 25 wins that spring as she paced the team in virtually every offensive category. She was a repeat second-team all-league pick in 2011 as she batted .356 with 17 homers and 51 RBI’s.

“I’ve had the privilege of playing with talented groups during my careers at Kearney High and Chadron State College.  The mentors I’ve had during those years, players and coaches, have been very significant in the success I’ve had.  The game of softball has opened many doors and still continues to provide opportunities that I will forever be grateful for,” Ackermann said.

She remained at CSC as a coach in 2012, helping the Eagles win 17 games and having four players named to the OWH’s Division II all-state team. Outfielder Angela Jay was also tabbed first-team All-RMAC and earned Capital One second-team Division II Academic All-American honors. 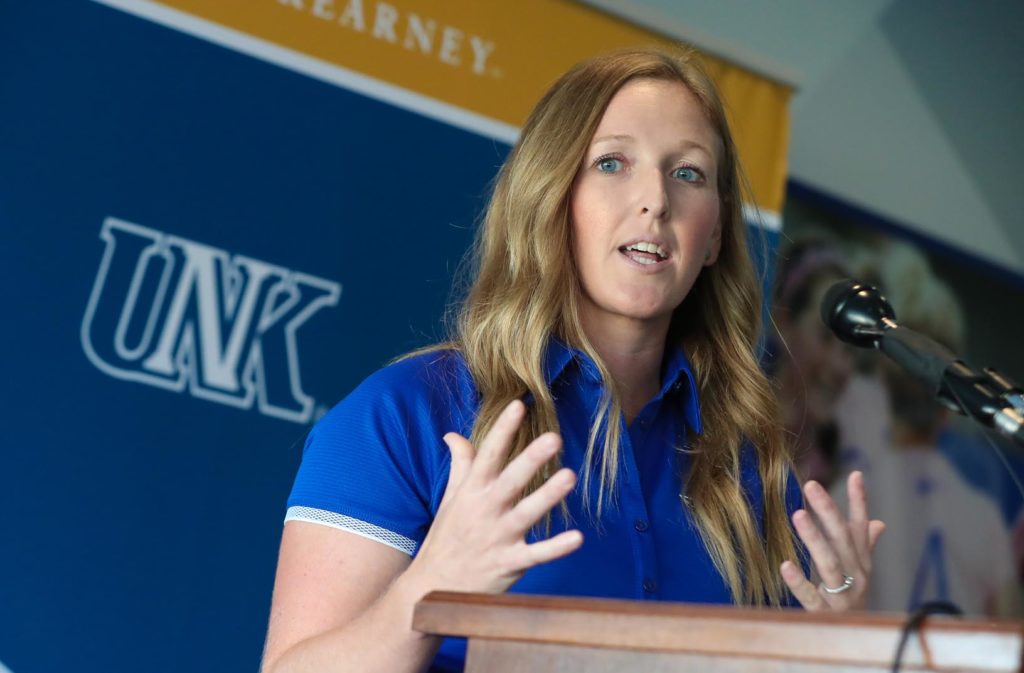 Posted by University of Nebraska at Kearney on Wednesday, September 4, 2019