You are here: Home / Archives for Chadron State 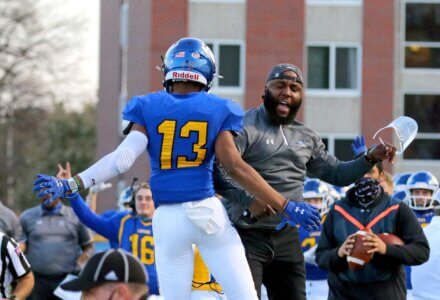 KEARNEY – Sophomore quarterback TJ Davis ran for three touchdowns and directed an offense that churned out 541 yards on the ground as the Lopers held off Chadron State, 45-35, Saturday at Ron & Carol Cope Stadium at Foster Field. This was the 72nd all-time meeting in a series that dates back 99 years. UNK (2-0) has now won four in a row over CSC (2-2) to grab a 50-21-1 advantage. Prior to today the two hadn't met on the gridiron since 2011. "What I liked about … END_OF_DOCUMENT_TOKEN_TO_BE_REPLACED 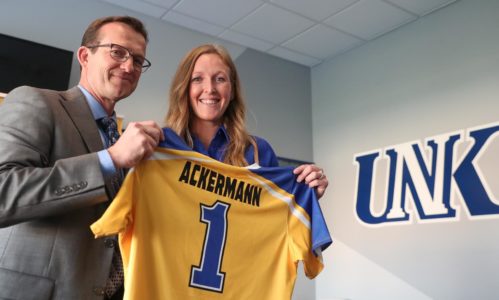 By PETER YAZVAC Loper Athletics KEARNEY – University of Nebraska at Kearney Athletic Director Marc Bauer announced Wednesday that Kearney native Katie (Bolin) Ackermann is the ninth head softball coach in Loper history. Ackermann begins her duties effective immediately. “I cannot say enough good things about Katie and the quality of person and leadership she will bring to UNK Athletics. I believe Katie is one of the brightest up-and-coming coaches in the game, and … END_OF_DOCUMENT_TOKEN_TO_BE_REPLACED