LINCOLN – From documenting damage to roads and bridges to organizing a thank-you event for volunteers who cleaned up local fairgrounds. From developing multi-lingual disaster recovery materials to assisting with landscape design and GPS mapping, University of Nebraska students are working in communities across the state through a new summer serviceship program created in the wake of this year’s devastating flooding.

An additional group of eight students from the University of Nebraska-Lincoln’s College of Journalism and Mass Communications is traveling across the state to share stories of the flooding’s impact and document recovery efforts. 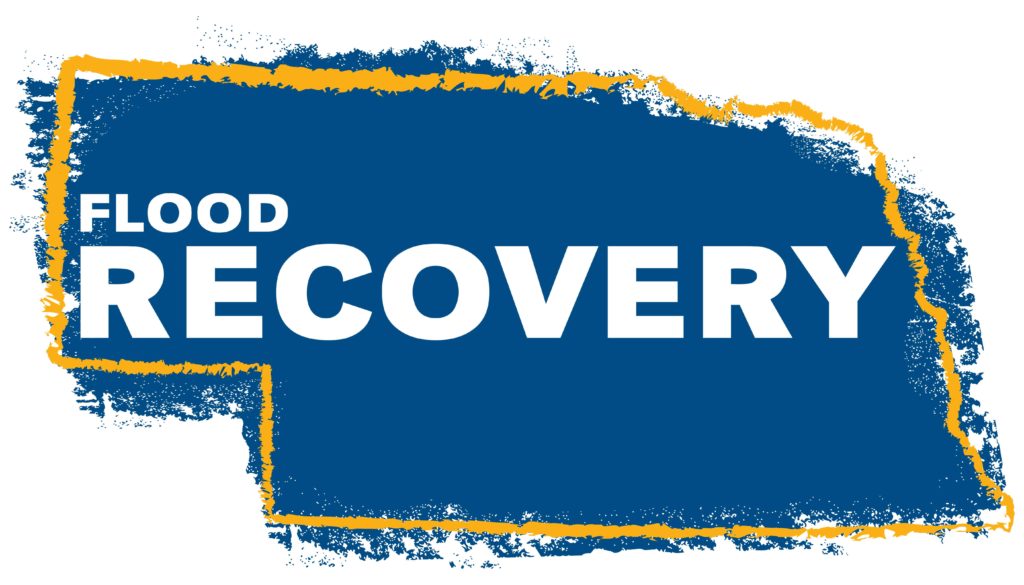 “Our commitment to Nebraskans from the beginning has been that the University of Nebraska will be a partner for as long as it takes for our state to rebuild,” said Chuck Hibberd, dean and director of Nebraska Extension, which is coordinating the NU system’s flood response efforts together with a university-wide team of experts. “Our students have a wealth of knowledge and an eagerness to serve.

“We’re proud of our students for stepping up, and we’re excited to have projects underway that will help Nebraska on the long road to recovery.”

Based on a successful model developed by NU’s Rural Futures Institute, the flood recovery serviceship program will place a maximum of 50 NU students in communities across the state to work with local leaders on recovery efforts.

Serviceships run a maximum of 10 weeks each, up to 40 hours per week, based on a student’s schedule and a community’s needs. Students are paid $12.50 per hour and may be able to earn college credit for their work.

UNK student Salvador Ceballos-Moreno will work with the University of Nebraska Extension Office in Hall County to develop materials in both English and Spanish that educate the public about disaster recovery and how to receive assistance.

“This is a great opportunity to work with the university on an important project,” said Ceballos-Moreno, a business administration major.

Following the recent flooding, the Grand Island native said it was difficult for Spanish speakers to find the information they needed in their native language. His project will address that issue by producing brochures and videos in Spanish and English that are available online and promoted within communities.

Community leaders will also be trained on how to better reach Spanish speakers during emergencies.

“I like to help out in the community any way I can,” Ceballos-Moreno said. “If a situation arises, it’s nice to know I can make a difference.”

Alyssa Spartz, an emergency management major at UNO, will help organize an event celebrating volunteers who helped rebuild the Washington County fairgrounds in Arlington, which sustained an estimated $18,000 in damage from the floods. In spite of the damage, thanks to volunteer efforts, the Washington County Fair is scheduled to take place July 25-31.

“I’m extremely excited to take part in the flood recovery efforts for the chance to apply the knowledge that I have learned at UNO to a real-world experience,” Spartz said. “I signed up for the serviceship for the opportunity to give back to my community members who were impacted by this tragic disaster. Unfortunately, individuals across the county may not realize the major impacts the flooding caused and the amount of time, resources and effort it will take to recover.

“As a Nebraska native, I want to reassure my community members that they have not been forgotten and that there are individuals like myself who are here to support them as they recover throughout the entire process.”

Aryca King, a sophomore geology major at the University of Nebraska-Lincoln, is spending the summer near her hometown of Garland as a Federal Emergency Management Agency intern at the Butler County Courthouse.

Since late May, King has worked under associate extension educator Katelyn Pleskac to help FEMA applicants upload their damage inventory documents and navigate the grant portal website. Having someone there to assist with the process, King said, can help residents feel a little less stressed — especially those who may not be familiar with using a computer.

The extension office plans to continue its efforts through the fall, as need for FEMA assistance is expected to only increase over time.

“When I signed up, I assumed that I’d be working hands-on with the cleanup,” King said. “But when I got an office job, I was open to anything. I was just willing and able and ready to help Nebraska through the recovery process.”

The flood serviceship program is funded by a $250,000 investment from the University of Nebraska.

Applications and Info
The University of Nebraska is continuing to accept applications for its summer serviceship program. All undergraduate, graduate and professional students from all NU campuses, including the Nebraska College of Technical Agriculture, are invited to apply. Community leaders with ideas for serviceship projects are also encouraged to continue to apply to serve as hosts for students.
Complete information on the university’s flood response efforts is available here.