KEARNEY – It’s a familiar story around the University of Nebraska at Kearney campus.

Eve and Ed Scantling planned to stay for only a year or two when they moved here in 1985.

The California transplants knew little about central Nebraska – “I had to pull out the atlas to figure out where Kearney was,” Eve said with a laugh – and were all but certain they’d end up back on the West Coast.

“We’ve been really lucky,” Ed said. “We were lucky to find Kearney State College. We were lucky to get to spend our careers here at UNK. And we hope we’re leaving it a little bit better than it was when we got here.”

There’s no question the Scantlings are leaving a lasting legacy at UNK, where their impact extends from athletics to academics to admissions, benefiting past, current and future Lopers for years to come.

“They have individually and collectively influenced the lives of many in so many positive ways,” said Charlie Bicak, senior vice chancellor for academic and student affairs at UNK. “Ed and Eve will be deeply missed around campus, yet I know that I’ll still see them as UNK is truly a core part of who they are.”

The Scantlings started their journey together at Sierra College, where he was a wrestler and she was a fitness buff. They were both working toward careers in physical education.

When Ed transferred to Humboldt State University, about six hours up the California coast, Eve joined him.

“She was chasing me,” he jokes.

The couple married in 1978 and moved the following year to Lakeport, California, where Ed taught physical education and biology and coached wrestling and football at Clear Lake High School. Eve found a position as a fitness center instructor.

After five years in Lakeport, Ed’s passion to become a collegiate wrestling coach took the couple and their two young daughters to Greeley, Colorado, where he was a graduate teaching and coaching assistant for a year while working on his master’s degree at the University of Northern Colorado.

In the summer of 1985, they made the move to Kearney – the small Nebraska city they’d eventually fall in love with.

“It’s just a place that grows on you,” Ed said, noting the community’s safe environment and progressive mindset. “It was a great place to raise the girls.” 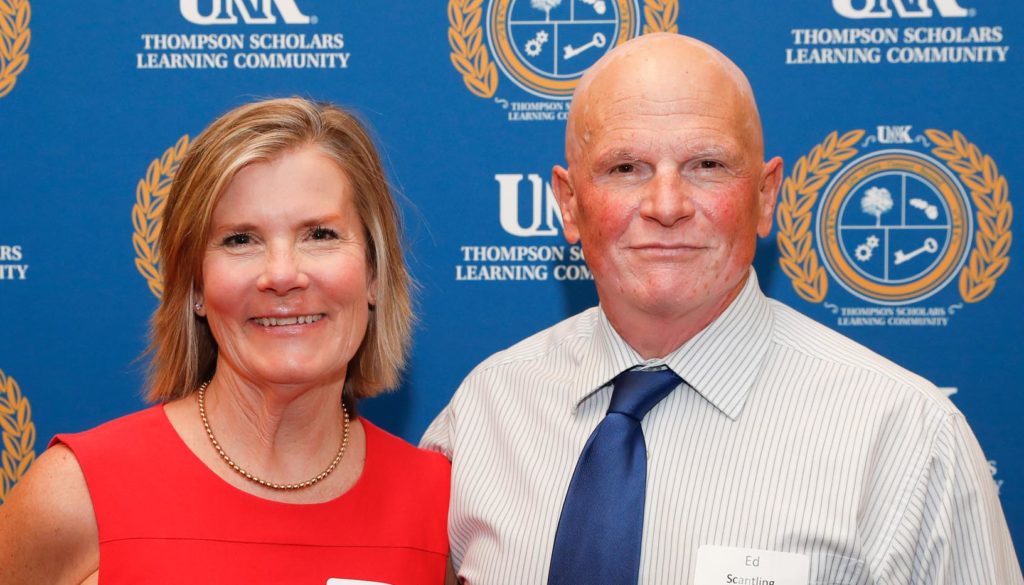 Ed has held seven different positions at UNK – “He might have a record,” Eve suggests – beginning with his role as an assistant wrestling coach and faculty member in what is now the department of kinesiology and sport sciences.

As UNK’s head wrestling coach from 1987-94, he led the Lopers to three top-10 finishes in the NAIA/NCAA Division II national tournaments and watched Brian Hagan and Ali Elias win the school’s first individual national championships in 1990.

“It was an awesome experience,” Ed said of his coaching career. “You build such close relationships with those athletes because you’re with them so much and you’re around them so much. Those are lasting bonds. You’ll always remember those guys.”

As much as he enjoyed coaching, Ed decided to give it up four years after earning his doctorate through the University of New Mexico.

“It became pretty obvious that if I wanted the Ph.D. to pay for itself I needed to move out of coaching and work into the academic side,” he said.

Eve, who ran her own fitness business and worked at Kearney Family YMCA while finishing her bachelor’s and master’s degrees at UNK, joined her husband as a lecturer in the department of kinesiology and sport sciences in 1997.

“Had she not gotten the opportunity to join the faculty here, we probably wouldn’t still be in Nebraska,” Ed said.

His wife, who taught at a community college during their year in Colorado, developed an immediate connection with her students and co-workers at UNK.

“I really love the students. I have so much fun with them,” she said. “That’s the best part of the job.”

She likes hearing from graduates who accomplish their dreams, and truly enjoys each day on campus.

“As my husband says, I get paid to work out,” Eve said with a smile.

Bicak called the Scantlings “classic models of the faculty member who is wholly dedicated to student success.”

“For each of them, the first question posed regarding any idea or concept is, ‘How does this best serve students?’” he said.

“If I had worked at a larger institution where the student was secondary and research was more important than teaching, I never would have lasted,” Ed said. “But at a place like UNK where students really do come first, for me, it was in perfect alignment with my goals and objectives as a professional.

“That had a tremendous impact on the reason we stayed.”

Ed’s role at UNK continued to evolve over the years.

He served as chair of the department of kinesiology and sport sciences from 1998 to 2004, then was named associate dean of the College of Education. Two years later, he was promoted to dean, a position he held until May 2015.

“I don’t think there are too many former head wrestling coaches who have spent any time as a dean of a college of education,” Ed said. “If you would have told me 34 years ago that I would have that opportunity on the academic side of the house, I would have never dreamed that. I’ve been fortunate to get to do a lot of neat things.”

During his time as dean, Ed helped fund and build a new $6.5 million Wellness Center and he developed the One Room, One Teacher program that honors educators who taught in one-room schools and raises money for student scholarships. 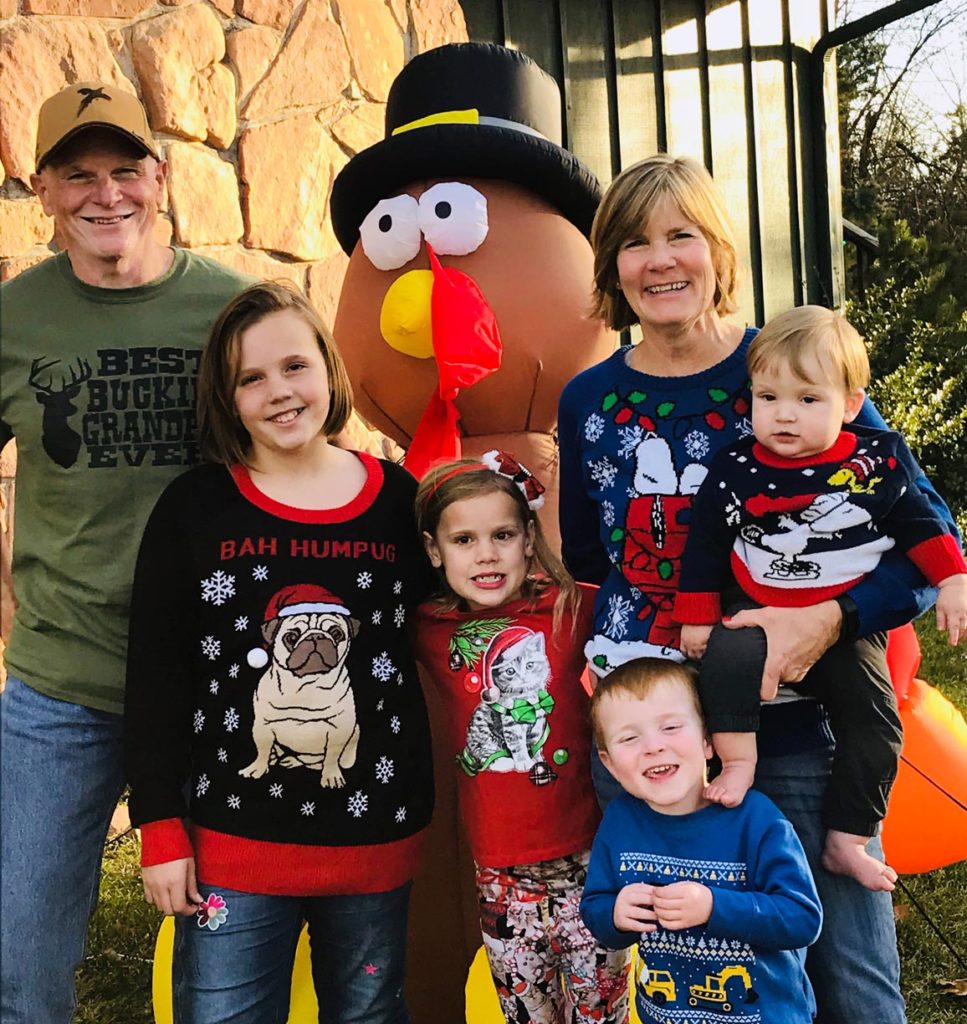 He’s also served as chair of UNK’s Enrollment Management Council since that body was formed in 2006, making him an obvious choice for his current position. When the Division of Academic Services and Enrollment Management was created in 2014, Ed was selected to lead it as an associate vice chancellor.

Bicak credited him with bringing a combination of enthusiasm, experience and dedication to the position, which oversees the First Year Program and offices of undergraduate admissions, financial aid, academic and career services, military and veterans services and dual enrollment.

Ed has implemented initiatives that offer in-state tuition for undergraduates from Colorado and Kansas, revamped the New Student Enrollment program for incoming freshmen and created a partnership between UNK and Central Community College that provides a new enrollment option for students who want to attend UNK but initially fall short of admissions requirements.

On top of their professional accomplishments, Bicak said the Scantlings’ personable nature also made an impression at UNK.

“It’s people like Ed and Eve Scantling who make UNK such a special learning community for students, faculty and staff alike,” he said.

The Scantlings say those people make UNK a special place for them.

“The UNK community is what kept us here,” Eve said, referencing the faculty members who covered her courses for a month so she could be with her daughter and granddaughters in Colorado following her son-in-law’s death in 2018.

“We’re a team and we’re willing to help each other out,” she said. “It’s nice knowing people have your back.”

The Scantlings will take a much-deserved break after Ed retires June 28 and Eve follows at the end of August.

He’s calling it a “gap year” to focus on family and each other before deciding what the future holds.

“We could continue to work if we wanted to work,” Ed said. “We have opportunities and places we could go and things we could do. But, you know, you can make more money but you can’t make more time.”

The Scantlings are both 62 years old – although Eve is quick to point out she’s a month younger than her spouse – and their daughters, both UNK graduates, live in Oklahoma City and Fort Collins, Colorado. There are four grandkids to spoil, countless mountain slopes to ski and fishing, hunting and camping trips to plan.

Ed loves to cruise the open road on a motorcycle and Eve is going to teach some fitness classes on a substitute basis. They also have a reservation for their 11th trip to a small Costa Rican resort Ed calls “the most relaxing place you’ve ever been.”

“We’re going to take a year and just have fun,” he said.