You are here: Home / Archives for Eve Scantling 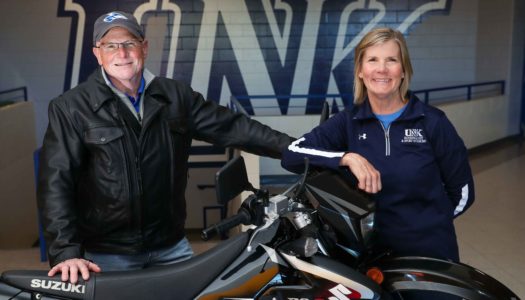 By TYLER ELLYSON UNK Communications KEARNEY – It’s a familiar story around the University of Nebraska at Kearney campus. Eve and Ed Scantling planned to stay for only a year or two when they moved here in 1985. The California transplants knew little about central Nebraska – “I had to pull out the atlas to figure out where Kearney was,” Eve said with a laugh – and were all but certain they’d end up back on the West Coast. Thirty-four years later, they’re … END_OF_DOCUMENT_TOKEN_TO_BE_REPLACED