KEARNEY – It’s an experience that will make their classmates green with envy.

Forty-two members of the University of Nebraska at Kearney’s Pride of the Plains Marching Band are heading to Ireland over spring break to take part in the St. Patrick’s Day festivities.

The group, which leaves early Friday morning for the 4,100-mile trip, is spending six days on the Emerald Isle before returning March 22.

“I know exactly what to expect,” said UNK director of bands Duane Bierman, who took a preview trip to Ireland in June. “I know how much fun it’s absolutely going to be.” 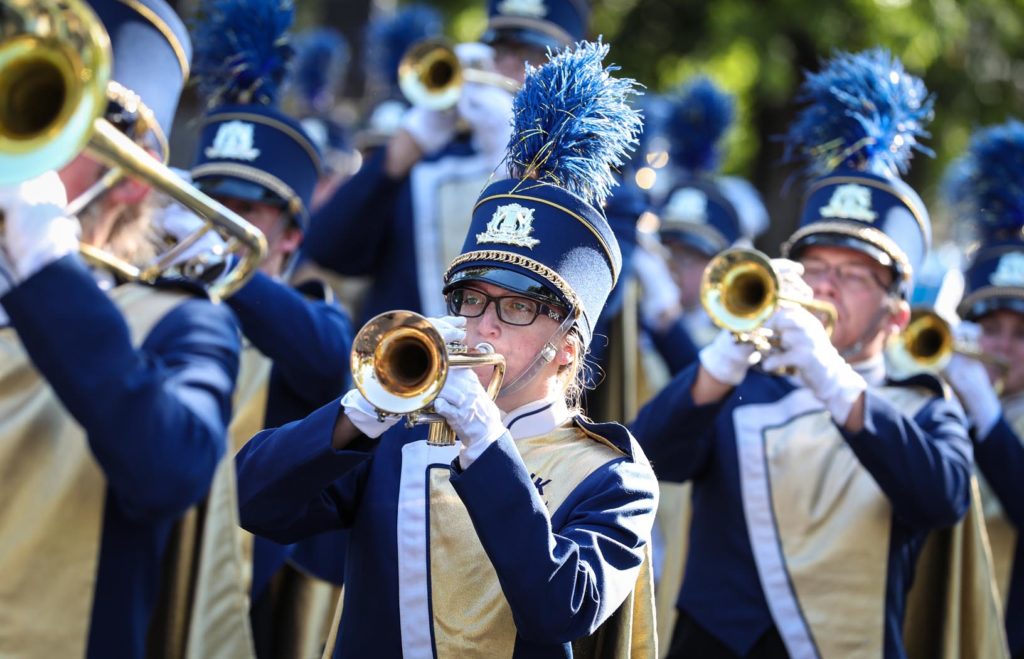 The itinerary speaks for itself.

After rehearsals on Saturday, the UNK marching band will perform in the annual St. Patrick’s Day Parade in the capital city of Dublin, where the public holiday is celebrated with a weeklong festival. The parade, which follows a 1.5-mile route from Parnell Square to St. Patrick’s Cathedral, typically draws around half a million spectators.

The UNK performers have another parade Monday in Limerick, then the sightseeing begins.

“We have a lot of free time built into the schedule because we want students to go out and explore,” said Bierman, who will be joined on the trip by UNK assistant director of bands Brian Alber. “The Irish people are very nice and welcoming, so it’s really easy to spend some free time in the city.”

Scheduled stops include Dublin, Limerick and Galway, as well as attractions such as the Cliffs of Moher, King John’s Castle and Trinity College’s Old Library, which houses the Book of Kells.

“It’s going to be an eye-opening experience,” said UNK senior Emily Lillich, an English major who plays saxophone in the marching band.

Lillich, of Lincoln, has never traveled outside the United States, making this trip even more exciting.

“It’s a great learning opportunity,” she said. “You get to experience another culture and interact with people who live different lives than you do. It helps build an understanding of the world.”

Bierman also understands the trip’s importance. He spent a month touring European countries with the concert band while attending Wartburg College in Iowa.

He sees the same reaction when UNK students visit a foreign country for the first time.

“You can just tell they’re becoming a more in-depth and engaged person,” Bierman said. “As a university, we need to celebrate that.”

UNK’s marching band takes an overseas trip every four years, most recently to Norway in 2015.

“We’re already planning the next one,” Bierman said – a 2023 performance in the New Year’s Day Parade in London.