You are here: Home / News / Black Student Association provides sense of belonging for Samiya Alexander, others at UNK
Post Views: 3,014

KEARNEY – Samiya Alexander was born in Chicago, but raised in North Platte.

She’s used to life in the rural Midwest and being a minority. 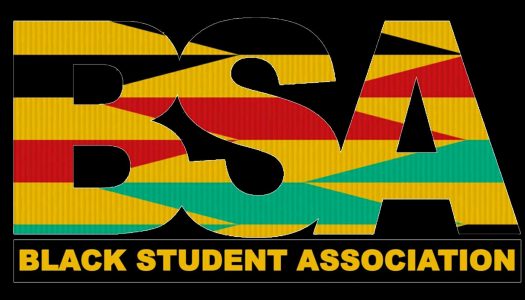 “The black population here isn’t that huge,” Alexander said, perhaps understating the lack of diversity in many Nebraska communities.

Alexander feels comfortable at the University of Nebraska at Kearney, where people from many races and backgrounds come to study and interact.

Still, she knows some black students arrive on campus with a level of uncertainty, wondering whether they truly belong. As a freshman, Alexander was searching for her own connection to UNK.

“I wasn’t in any organizations because I didn’t know what to join,” she said. “None of them spoke to me.”

Toni Hill, an associate professor in the family studies department, made a recommendation that hit home. She encouraged Alexander to get involved with the Black Student Association, an organization that had been inactive for about three years.

“It was disappointing that the group was not active,” said Hill, who identified Alexander as the type of intelligent, energetic leader the group needed to re-establish itself.

“It was easy to spot her in my class,” Hill said.

Alexander nervously accepted the challenge. With help from Hill, graduate student Nolline Omollo and others, the Black Student Association was active again in fall 2017.

“I wanted something that I could feel like I belong to, and I wanted to make others feel welcome,” said Alexander, the group’s president.

The organization provides a “safe space” for students to voice their opinions, discuss issues, support their peers and develop friendships.

“If you’re on a campus and you’re a minority student, it’s important to have support so you feel connected and know that you truly belong on that campus,” Hill said.

The group, which is open to any student interested in issues that impact African-Americans and people of African descent, provides a way to give back to the campus and community, as well.

Alexander, who was named 2017-18 freshman of the year by the UNK Office of Multicultural Affairs, said the organization is planning more service projects to encourage volunteerism and leadership both on and off campus.

The Black Student Association, which has about 20 members, meets 7 p.m. Wednesdays at the Office of Multicultural Affairs on the east end of the Nebraskan Student Union.

In April, the group was named the new student organization of the year during UNK’s annual Applauding Excellence awards night.

“The Black Student Association has proven that students of color are not alone and, more importantly, they are welcome,” the award nomination stated.