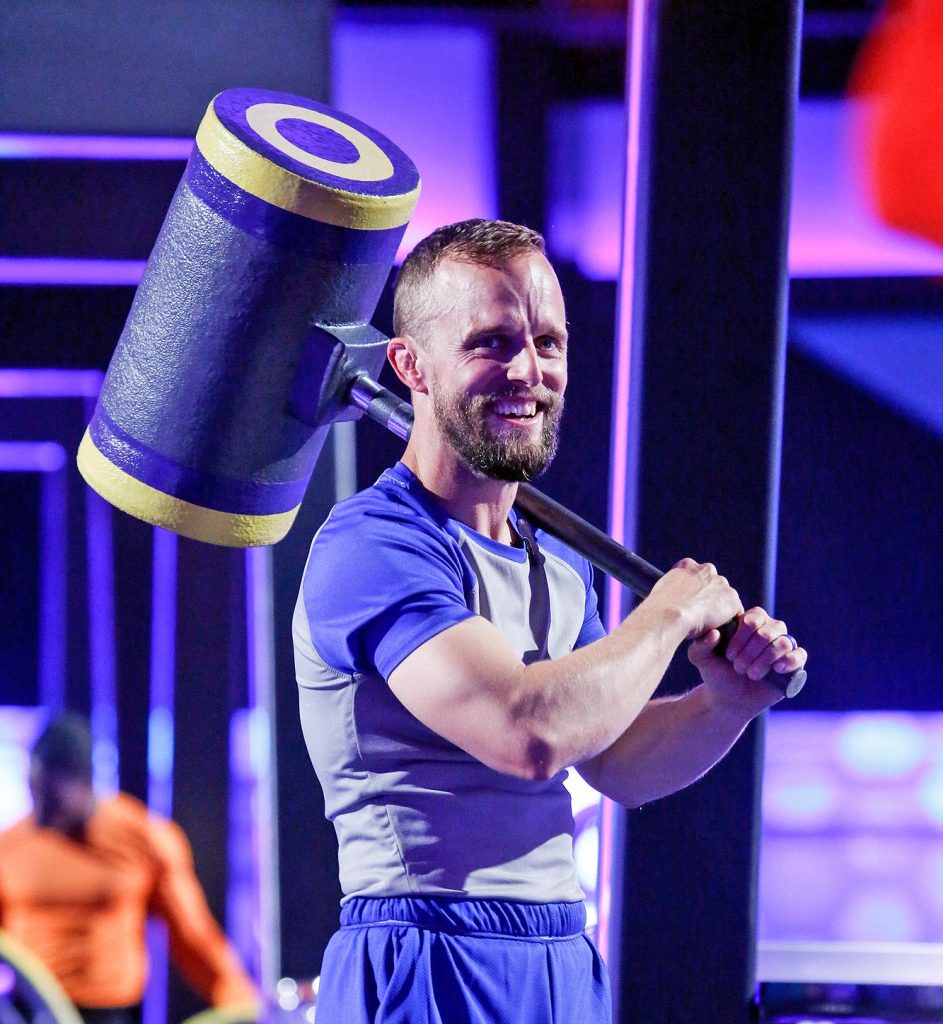 Abbey, a former Loper wrestler who was inducted into the UNK Athletic Hall of Fame in 2017, faces four more competitors in the “Battle Royale,” which features the winners with the five fastest times from the first nine episodes.

In the Aug. 17 episode, Abbey completed the over-the-top obstacle course in 4 minutes, 14 seconds, edging a professional bull rider by just six seconds for first place. His time is the fourth-fastest among the “Battle Royale” participants.

“TKO: Total Knock Out,” which is hosted by actor and comedian Kevin Hart, pits people from all walks of life against each other as they battle the obstacle course and their opponents. While one contestant tackles the course, the other four are flinging oversize Frisbees, firing foam balls, catapulting spikes and swinging giant hammers in an attempt to slow their opponent down.

Abbey, who has worked for UNK since 2006 and serves as director of the university’s Employee Health and Wellness Program, filmed his episodes earlier this summer in Los Angeles.

The 35-year-old Goodland, Kansas, native was a four-time All-American wrestler at UNK in the early 2000s and ranks second on the school’s all-time wins list with 134 victories.

He earned Bachelor of Science and Master of Arts in Education degrees, both in exercise science, from UNK and a doctorate in human sciences with a specialization in nutrition and health sciences from the University of Nebraska-Lincoln.

Abbey and his wife, Erin, live in Kearney with their son, Kade, and daughter, Sloane.

These are the four contestants Bryce Abbey faces in the “TKO: Total Knock Out” finale: