The center provides safety training and classes for 2,000-plus Nebraskans each year, yet it remains a bit of a mystery to people who haven’t stepped foot on the Kearney campus.

That’s something he’s working to change.

“We make such an impact that we really need to let people know what we’re about,” said Anderson, who’s been involved with the Safety Center since 2004, serving as director the past five years.

“We not only impact the individuals who go through our programs, but we feel we make an impact on the entire state because we’re making it a safer state for people to live and work,” he said.

The Nebraska Safety Center was created by the state Legislature in 1978 to serve as a hub for safety training and education in five areas – traffic, industrial, home, fire and recreation. It became part of the University of Nebraska at Kearney (then Kearney State College) to provide a centralized location for these statewide services.

Today, the Safety Center has 14 full-time staff members, including three based at a Lincoln location that opened about two years ago, and 71 part-time instructors scattered across Nebraska. The center’s main offices are in West Center on the UNK campus, but all the fun happens at the Ron and Carol Cope Nebraska Center for Safety Education and Research located between U.S. Highway 30 and the Union Pacific Railroad tracks just south of campus.

The Ron and Carol Cope Nebraska Center for Safety Education and Research, named after the late Kearney couple who helped finance the facility’s construction, features a large range where drivers hone their skills, simulators that mimic a variety of driving conditions, classroom space, a service shop and fleet of sedans, motorcycles and all-terrain vehicles.

There are only a few facilities like this in the U.S., according to Anderson, who credits the Copes for their vision and generosity.

“We’re very, very fortunate that Ron and Carol Cope had the foresight to say, ‘Hey, we’re going to have something unique,’” he said.

Hundreds of students from across the state enroll in the Nebraska Safety Center’s driver education program each year. In addition to the classroom time and on-street driving, those who can make the trip to Kearney get eight hours of experience using the simulators and driving range.

The facility is a “great environment” for young drivers, Anderson said.

“This gives them an opportunity to feel comfortable before you put them on an interstate going 65 or 75 miles per hour,” he said.

The driving range, which has marked streets, a set of traffic signals and various signs, allows students to practice parking, turning, merging and backing up under the supervision of a certified instructor. Simulators with all the bells and whistles – seat belts, gas and brake pedals, speedometers and gear shifts – can be adjusted for situations such as city or highway driving, nighttime, rain and crash avoidance.

“It’s really about coaching them,” Anderson said of the driver education program, which averages about 760 students per year and continues to grow as more school districts turn to the Safety Center to provide this instruction.

The Safety Center keeps the program current by adapting activities to match students’ hands-on learning style and is in the process of updating its vehicle fleet. Three Mazda SUVs were recently added, the first electric vehicle is expected to arrive this fall and Anderson is working on a new partnership with Ford.

The goal, he said, is to ensure teens are learning to drive the same types of vehicles they’ll likely own in the future.

Anderson said the center is scheduling more outreach and educational activities across the state in an effort to make Nebraska’s roadways safer. Staff can take a mobile driving simulator, ATVs and motorcycles to these events, and they’re currently developing a rollover simulator that demonstrates the importance of seat belts.

Other courses include a driver training and evaluation program (DTEP), instruction for people who operate 10- to 15-passenger vans and the pupil transportation program that certifies school bus drivers.

“We make an impact with that in every corner of the state,” Anderson said of the school bus operator training.

Another program benefiting the entire state is called Advance, a partnership between the Nebraska Safety Center, UNK College of Business and Technology, University of Nebraska at Omaha’s Center for Public Affairs Research and Nebraska Department of Transportation.

Through the partnership, established in 2013, the Safety Center provides free training for every public transit driver in Nebraska and the entities work together to improve and expand public transportation throughout the state, particularly in rural areas that lack convenient or affordable options.

The partnership, funded through 2021 by a $5.8 million grant from the Department of Transportation, includes driver training courses in more than a dozen communities. This training focuses on both behind-the-wheel skills and passenger assistance, such as CPR and first aid, operating wheelchair lifts and helping people with limited mobility. A small “house” was added to the Safety Center’s Kearney site so drivers can go through the entire process of getting a passenger from their residence to a transit bus.

When Anderson asks people how many mines are located in Nebraska, the usual response is one or two. There are actually about 250, including sand and gravel pits classified as quarries.

“You don’t think of sand and gravel pits as being a high hazard, but we’ve seen a tremendous number of incidents over the years,” said Anderson, who is executive director of the Great Plains Safety and Health Organization, which runs the mining safety program for the Nebraska Safety Center.

This training, regulated by the Mine Safety and Health Administration, an agency of the U.S. Department of Labor, is an annual requirement for all mine workers. It’s typically offered at sites across the state from late fall through March, when mines aren’t operating.

The Safety Center also provides CDL training for truck drivers, a program that focused more on the agriculture industry early on. However, the need for instructors who speak multiple languages and push for larger classes to address a nationwide trucker shortage has Anderson leaning toward leaving this service to private businesses.

“We’re really re-evaluating our CDL program and seeing what the future looks like,” he said.

There are other areas Anderson is targeting to grow the Safety Center’s services.

A new class for recreational vehicles (RVs) was recently added and he’d like to launch courses focusing on watercraft safety for boat and jet ski operators.

The Nebraska Game and Parks Commission has expressed interest in forming this partnership.

“That’s what excites me,” Anderson said. “There are so many possibilities.”

40TH ANNIVERSARY CELEBRATION
The Nebraska Safety Center will celebrate its 40th anniversary with an open house 1-5 p.m. Wednesday (July 11) at the Lincoln office, located on the Nebraska Innovation Campus at 2021 Transformation Drive.
The event will include a Lincoln Chamber of Commerce ribbon-cutting ceremony, prizes, activities and refreshments provided by The Mill Coffee and Bistro. Multiple simulators will be on site for participants to try out.
For more information, call 402-480-6857. 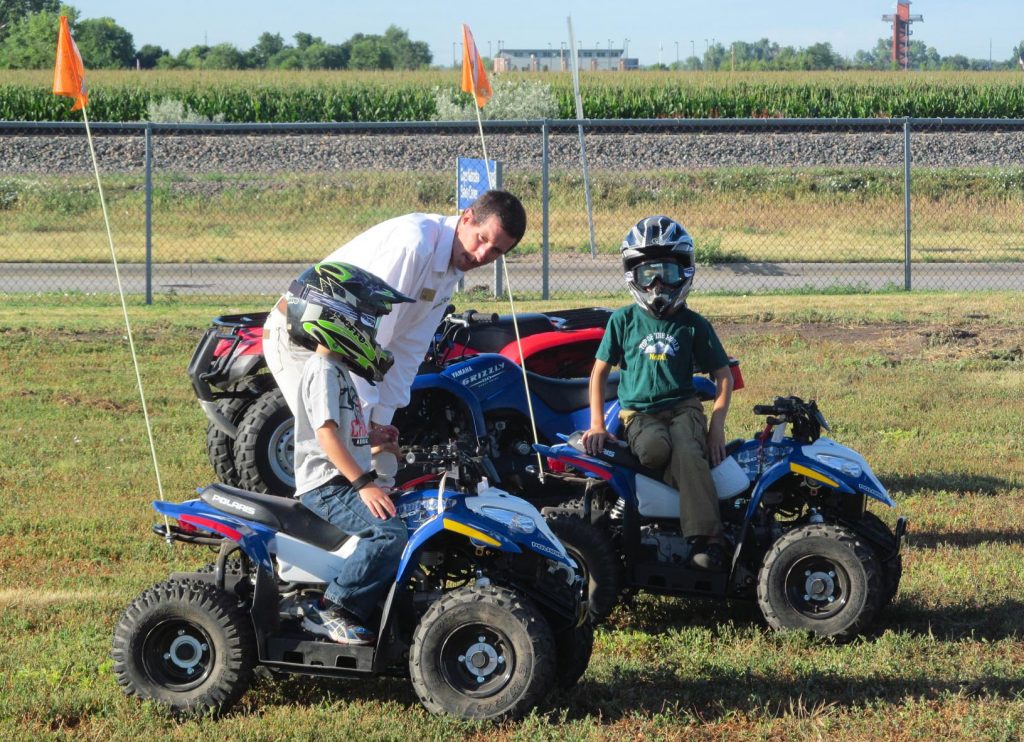 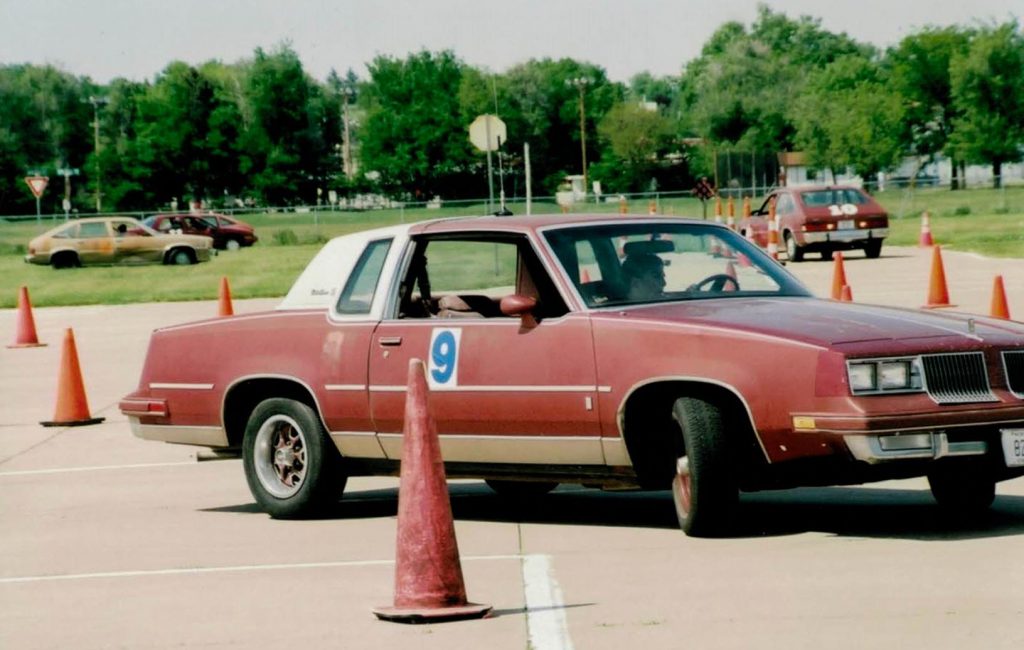 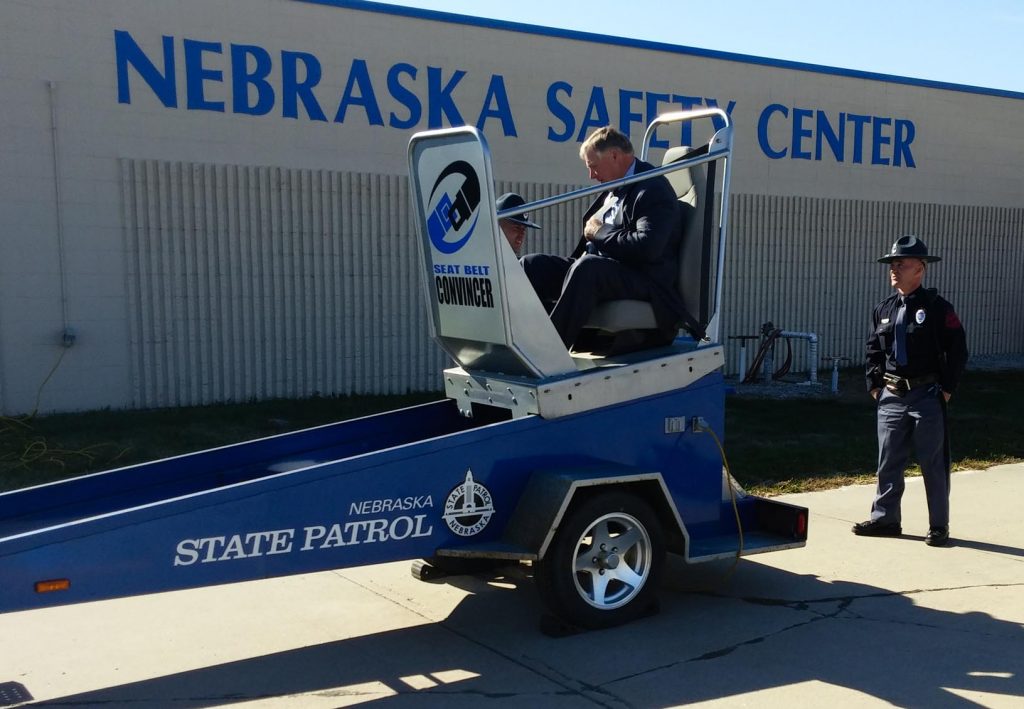 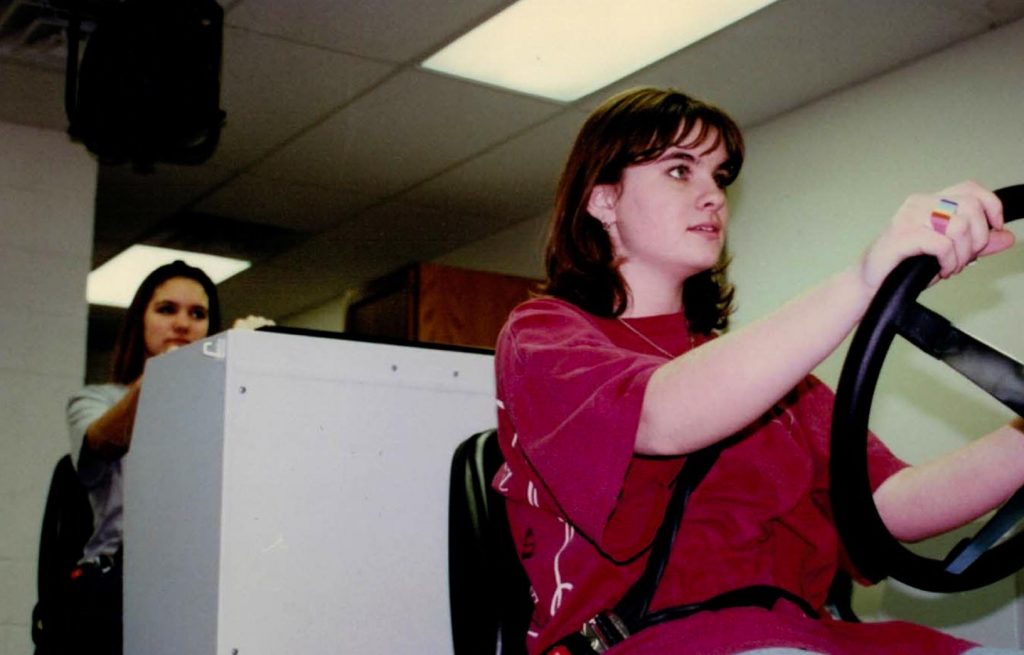 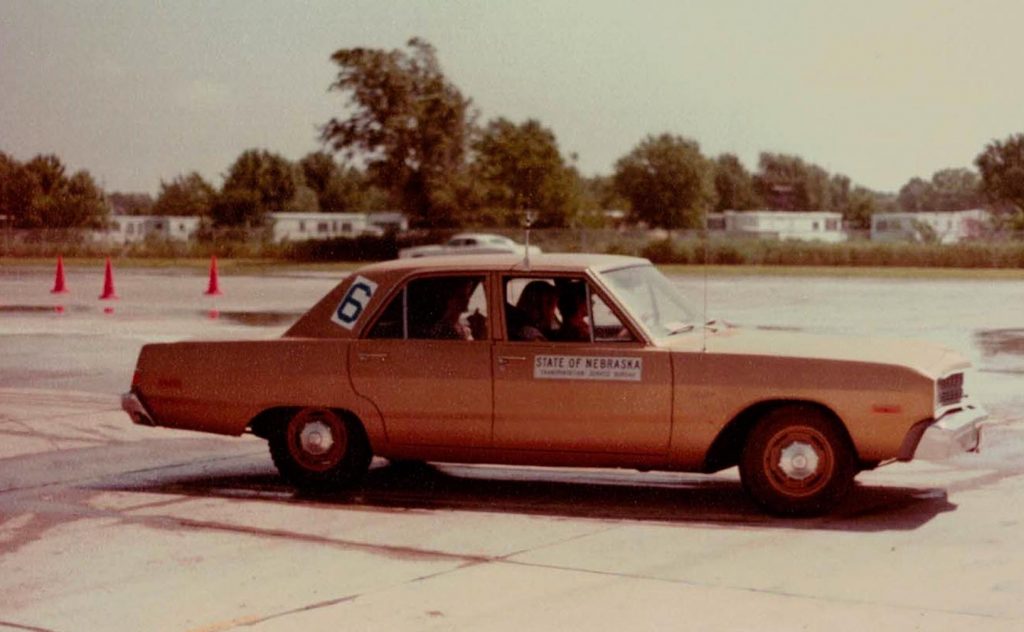 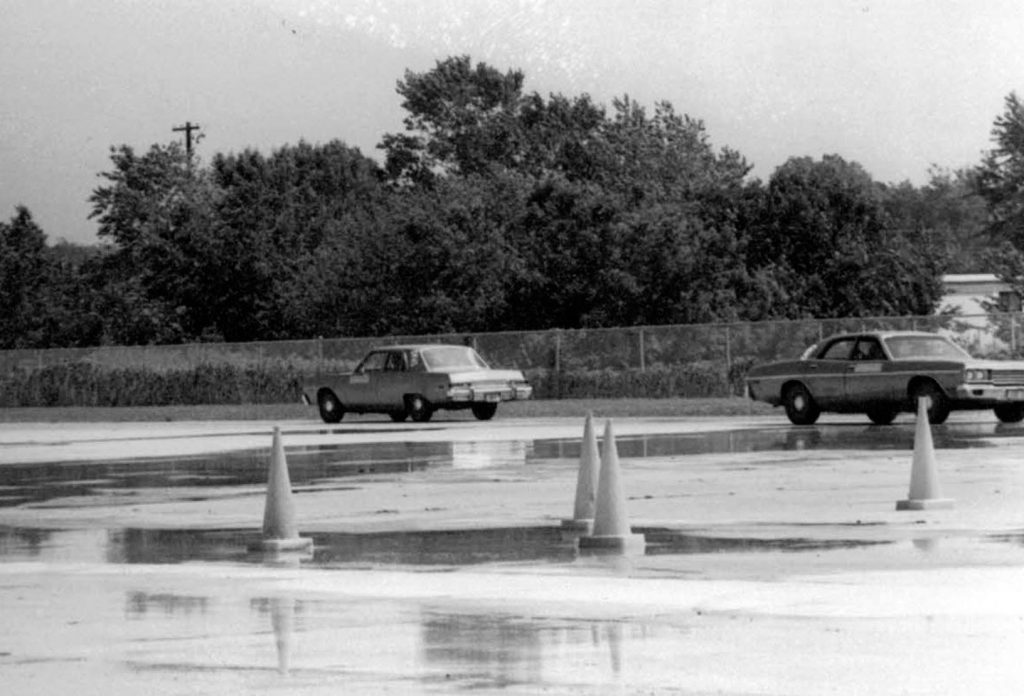