KEARNEY – Daniel Kritenbrink has traveled the world as a foreign service officer.

He’s been an American diplomat for 24 years, representing the U.S. in Asia and the Middle East and working on foreign policy in Washington, D.C.

This journey, which led to his current position as the U.S. ambassador to Vietnam, started with a 150-mile trip from the family farm near Ashland to the University of Nebraska at Kearney.

“More than anywhere else or any other experience in my life, I think it was my time in Kearney that best prepared me for what I’m doing today,” said Kritenbrink, who is returning to his alma mater to speak during the spring commencement ceremony at 10 a.m. Friday at the UNK Health and Sports Center.

The 1991 graduate of UNK refers to his time at the school as a “life-altering experience.”

He wanted to be a math teacher before some inspirational professors and amazing opportunities changed that plan.

Richard Jussel, former director of the UNK Honors Program, was a major influence.

“He had a really profound impact on me and really opened my mind to pursuing a great education and thinking about what it means to be an educated person,” said Kritenbrink, who changed his major to political science after taking a couple of courses taught by professors Tom Magstadt and Robert Lind.

His interest in international relations was further piqued by the annual James E. Smith Midwest Conference on World Affairs, which brought foreign and American diplomats to UNK.

“I remember thinking that’s the job I want to have,” said Kritenbrink, who traveled to the former Soviet Union and spent a year as an exchange student studying in Japan during his time at UNK.

Those experiences, he said, allowed him to learn more about the world and himself.

“It was at Kearney where I discovered myself,” he said.

Kritenbrink, who delivered the senior class response during his graduation ceremony, went on to earn a master’s degree from the University of Virginia and started his doctorate before shifting gears again after passing the foreign service exam. He joined the State Department in January 1994, kicking off an adventurous career.

The Senate confirmed his nomination as U.S. ambassador to Vietnam in October and he arrived in November, just six days before President Donald Trump’s visit to the southeast Asian country.

Kritenbrink, the recipient of 10 notable State Department awards for his performance, called his career in diplomacy “deeply meaningful.”

“I really love going to work every day as an American foreign service officer,” he said.

The ambassador, who lives in Hanoi with his wife Nami, 13-year-old daughter and 10-year-old son, is briefly back in the U.S. to promote trade opportunities in Vietnam for American businesses.

His stop at UNK will be just his second visit to campus since graduating from the school.

“I can’t wait to be back,” Kritenbrink said. 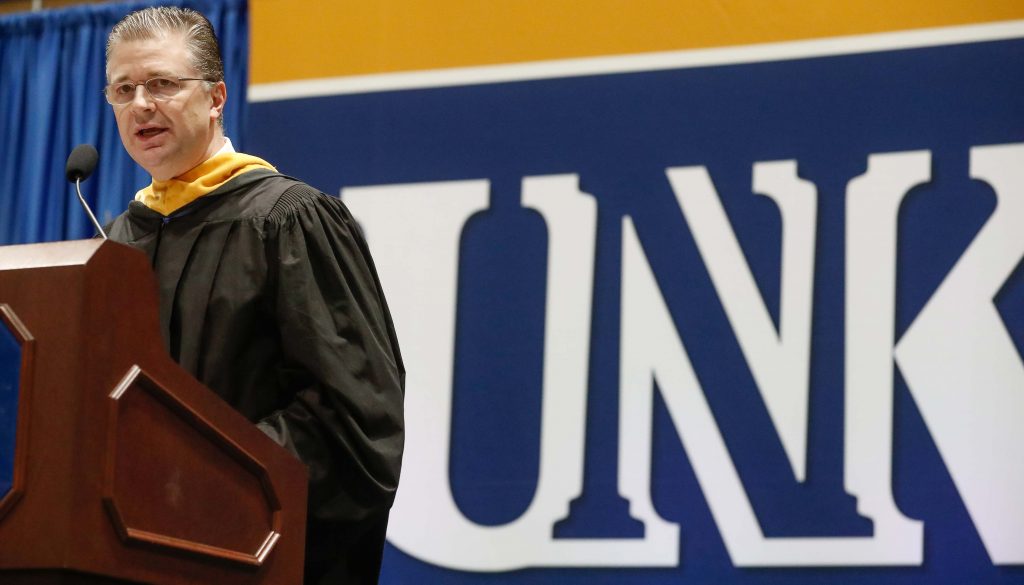 One thought on “US Ambassador Kritenbrink: UNK prepared me for what I’m doing today”