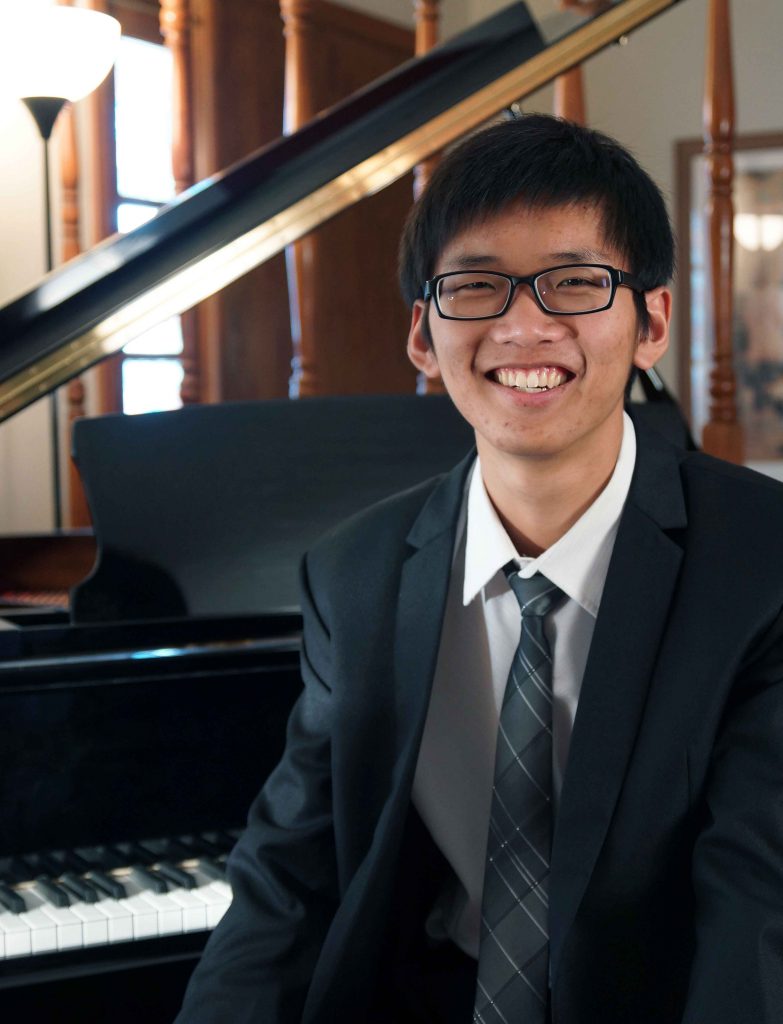 CENTRAL CITY – University of Nebraska at Kearney student Kevin Cheng will be joined by more than 50 professional musicians during his upcoming public concert.

Cheng, a graduate of Nebraska Christian Schools, is returning to Central City to play the piano with accompaniment from a full orchestra directed by Tyler White, resident conductor of Lincoln’s Symphony Orchestra and director of orchestras at the University of Nebraska-Lincoln.

The concert, entitled “Discover the Unknown,” is scheduled for 3 p.m. Sunday (March 4) at the Performing Arts Center, 1510 28th St., in Central City. There is no admission fee.

Cheng, a native of Taiwan, started organizing the event in April and raised more than ,000 to hire the orchestra musicians and rent a grand piano. It’s the third time he’s recruited a full orchestra to accompany his piano concerts.

“We have professional musicians from all over the state of Nebraska, as far west as North Platte and as far east as Omaha, and even a musician from Sioux Falls, South Dakota,” said Cheng, who has raised more than ,000 over the past three years so he can bring classical music to rural areas.

“Scharwenka’s ‘Piano Concerto No. 3’ is one of the least-known piano concertos in the piano concerto literature due to the score availability and it took me two months just to file an application to the Fischer’s Collection in Philadelphia to get the score for the orchestra,” Cheng said.

In addition to the orchestra pieces, Cheng will play the piano during a special weather forecast by NTV chief forecaster Kent Boughton. He’ll also perform a duet with violinist Heidi Tillotson of Kearney.