KEARNEY – The subject of an award-winning documentary about undocumented immigrants and challenges facing LGBT people will be in Kearney for a showing of the film about his life.

“Forbidden: Undocumented and Queer in Rural America” will show at 6 p.m. March 1 at the University of Nebraska at Kearney’s Nebraskan Student Union. It is free and open to the public.

“Forbidden” is a documentary tracking the life of Moises Serrano as an undocumented immigrant and gay man living in rural North Carolina.

When he was an infant, Serrano’s parents fled Mexico in search of the American dream. Forbidden to “live and love as an undocumented gay man in the country” he calls home, Serrano says, he saw only one option – to fight for justice.

Serrano’s journey illustrates the intersection of LGBT and immigrant issues, highlighting challenges facing LGBT people growing up in the rural South, “where racism and homophobia are not uncommon,” he says. It chronicles Serrano’s work as an activist, traveling across his home state of North Carolina as a voice for his community.

In claiming his identity as undocumented, Serrano risked deportation for himself and his family.

“Forbidden” humanizes the issues of immigration and gay rights, demonstrating how one individual has the power to combat the destructive oppression of an entire group of people, says Serrano.

UNK’s Office of Multicultural Affairs, Social Justice League and Queer Straight Alliance are hosting the event. The screening will be followed by a Q&A with Serrano and film producers. 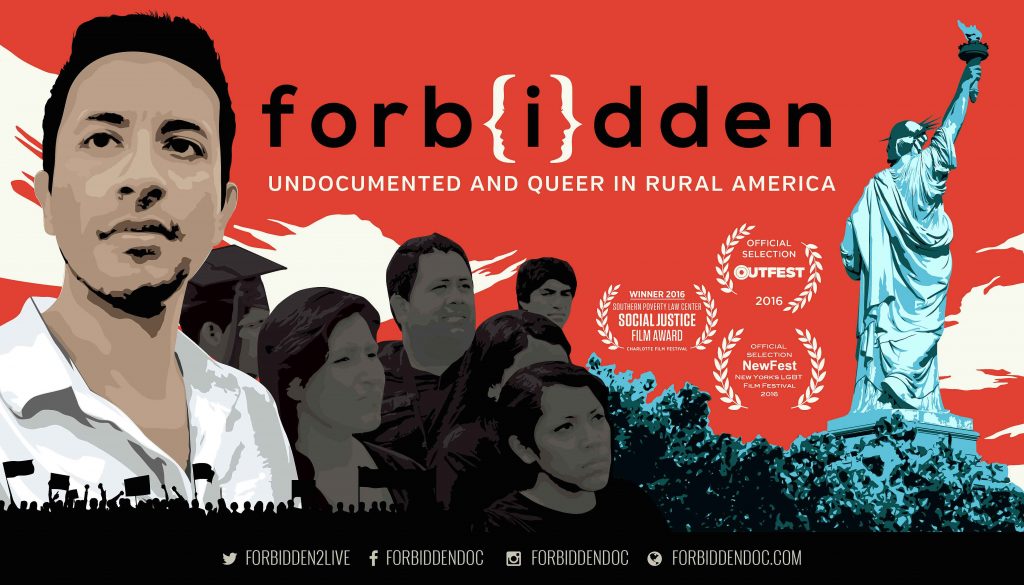